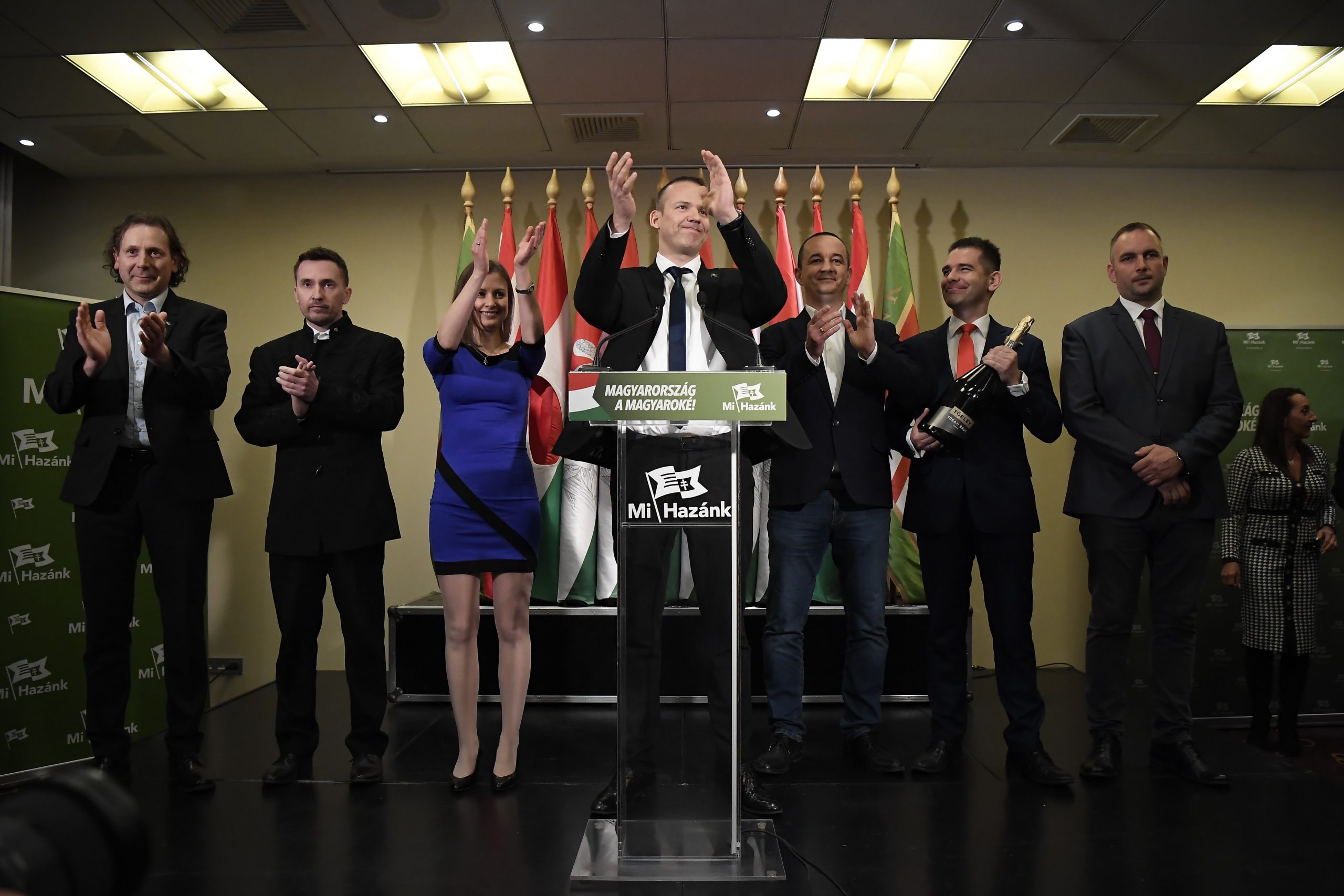 László Toroczkai, the leader of far-righ party Mi Hazánk (Our Homeland), hailed his party’s achievement in securing seats in parliament, saying: “The miracle has happened; this is the first step in saving Hungary.”

Toroczkai, who is the mayor of Ásotthalom on the Hungarian-Serbian border, said “a miracle has happened that no one believed in, except for those who worked for the movement and the hundreds of thousands of Hungarians who voted for it.”

He said Mi Hazánk had worked “against an unprecedented headwind”, citing Facebook’s move to suspend the party’s page days before the election.

Ruling Fidesz and the “left-liberal block” also tried to influence the election by “trying to silence us through their media,” Toroczkai said.

The favorable election result “is only the start for us to save Hungary, to get it on its feet and to start developing it, so it can shine as it did of old,” he said.