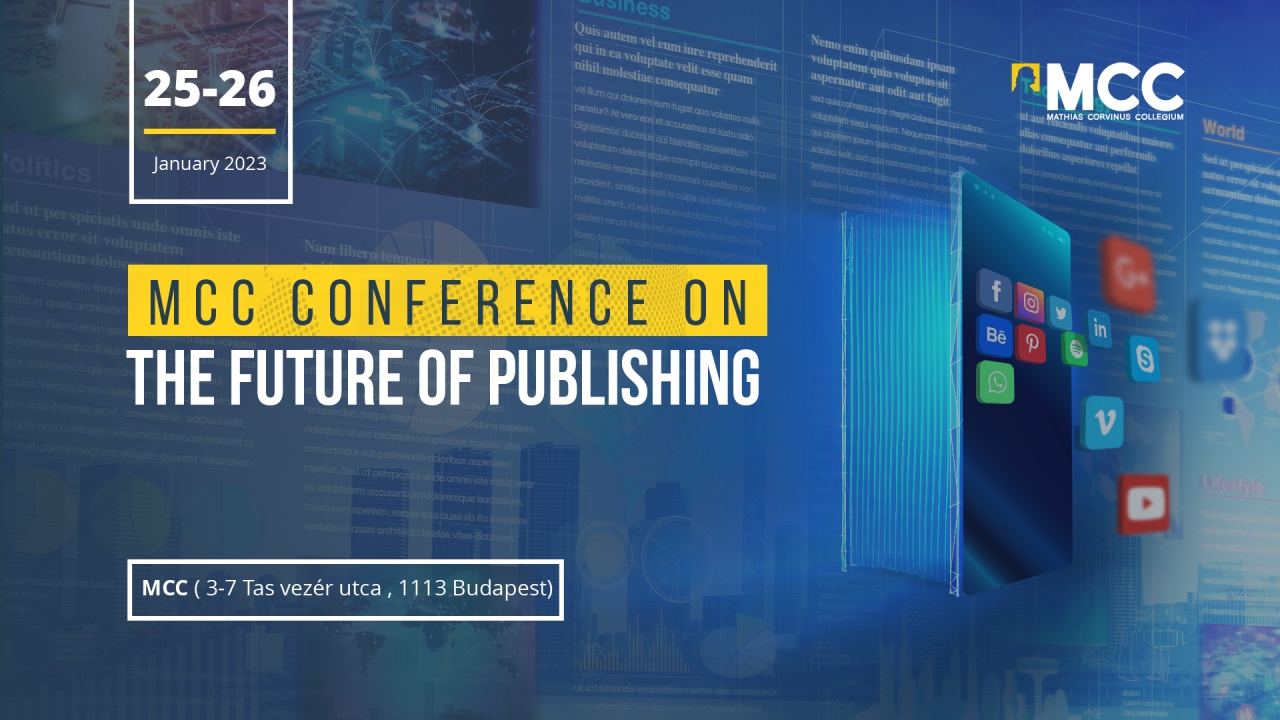 Hungary’s leading talent promotion institution, Mathias Corvinus Collegium (MCC), is holding a two-day conference in Budapest from Wednesday on the future of publishing.

According to the program,  international and national experts, publishers, and editors will seek answers to these questions over two days at the MCC. “While the first day will be a stage for presentations and panel discussions, the second day will offer exciting debates,” it adds.

“The publishing market has changed significantly in the last ten years,” MCC notes, as formerly popular or market-leading publications in their target group are now only published online, and electronic media are also facing the challenge that linear programming is not attracting people. “How are newspaper publishers and media company managers and owners responding? In addition to reacting to market changes, how do messages, content, or even values reach readers, viewers, and listeners?” they ask.

In addition to the media market, the book market is undergoing much more profound transformations, MCC notes.

“At the same time, the number of copies sold has not fallen significantly, because customers are buying more,” they add.