Márki-Zay to Zelenskyy: “I look forward to the day when I can meet you here to exchange thoughts on the EU’s future and peaceful coexistence of our nations”

Opposition prime ministerial candidate Péter Márki-Zay sent a message to Ukrainian President Volodymyr Zelenskyy on Twitter in which he posted a picture of the Shoes on the Danube Bank and wrote: “The people of Hungary heard your words, Mr. President! We shall never forget. I look forward to the day when I can meet you here in person on the banks of the Danube to exchange thoughts on the EU’s future and peaceful coexistence of our nations.” With this, he referred to earlier criticism of the Ukrainian President towards Hungary’s Prime Minister. The Hungarian Foreign Minister responded on behalf of the government, saying, “The Left would send weapons to Ukraine.”

As we have previously reported, the President of Ukraine asked the Hungarian Prime Minister to act more decisively in the war on the side of Ukraine. Zelenskyy drew a parallel between the mass killings of Jewish Hungarians at the Danube Bank during the Second World War and Russians now massacring Ukrainian civilians in Mariupol. Hungary’s Prime Minister rejected the requested contribution (arms delivery to Ukraine and tougher, energy-focused sanctions against Russia). According to Orbán, these would run counter to the nation’s interests.

The people of 🇭🇺 heard your words, Mr. President @zelenskyyUa ! We shall never forget. I look forward to the day when I can meet you here in person on the banks of the Danube, to exchange thoughts on the 🇪🇺 future and peaceful coexistence of our nations.
(Photo credit: Euronews) pic.twitter.com/cWDhRx7Q3h

“If the leftists win the parliamentary elections, they will immediately adopt sanctions against natural gas and oil deliveries and immediately start arms shipments to Ukraine,” said the Foreign Minister on Tuesday. Péter Szijjártó shared on Facebook that Péter Márki-Zay had sent a message to the Ukrainian president in a Twitter post indicating that they had reached an agreement.

They have agreed that if the Left forms the next government in Hungary, they will immediately vote for sanctions against natural gas and oil deliveries and start arms shipments to Ukraine,”

Szijjártó said. The Twitter message supports earlier information about the existence of such an agreement. 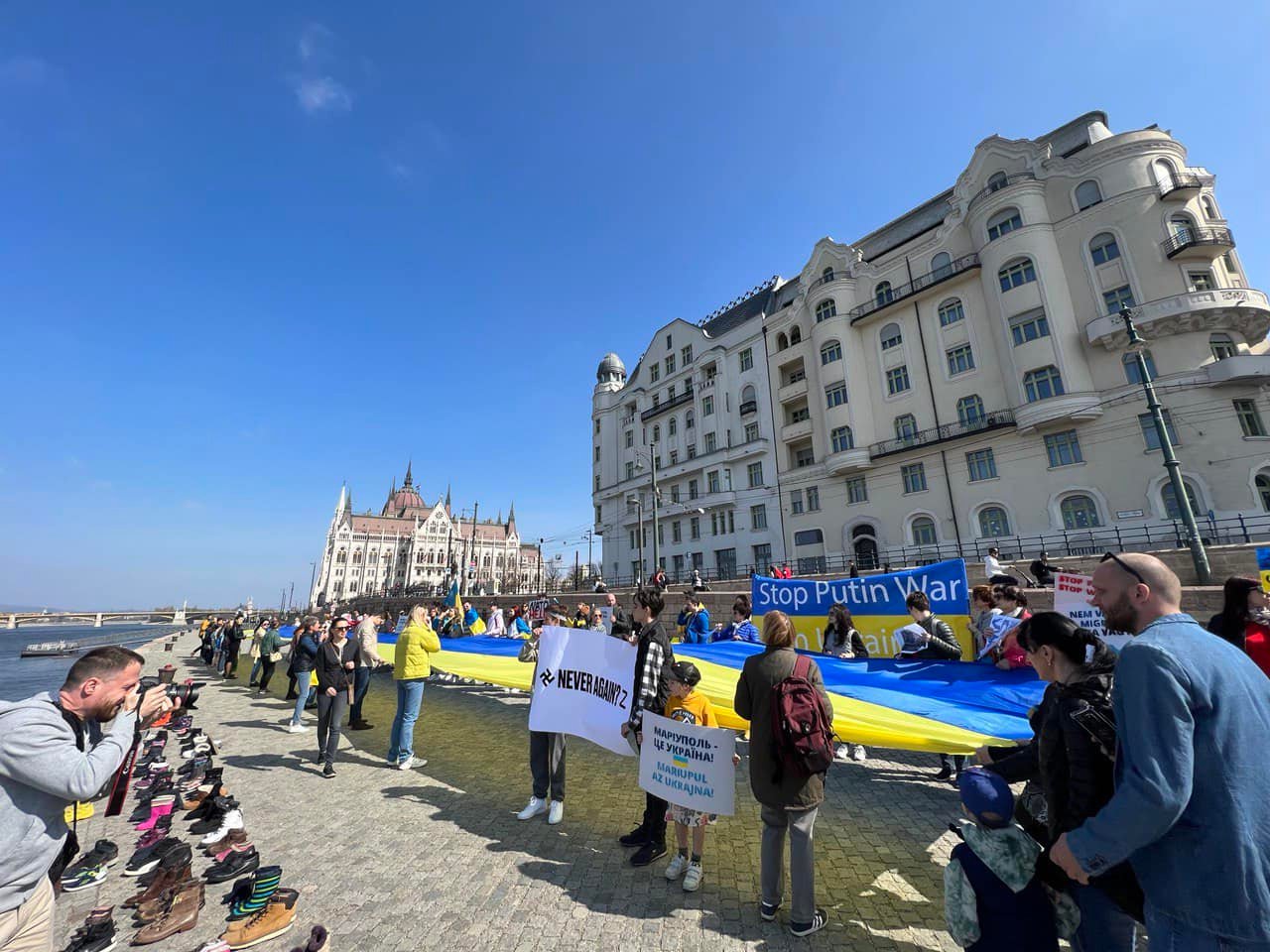 "People of Europe thought it would happen ‘never again.’ But it is happening. The genocide of Ukrainian people is taking place now in Mariupol," reads a post from the Embassy of Ukraine in Budapest.Continue reading