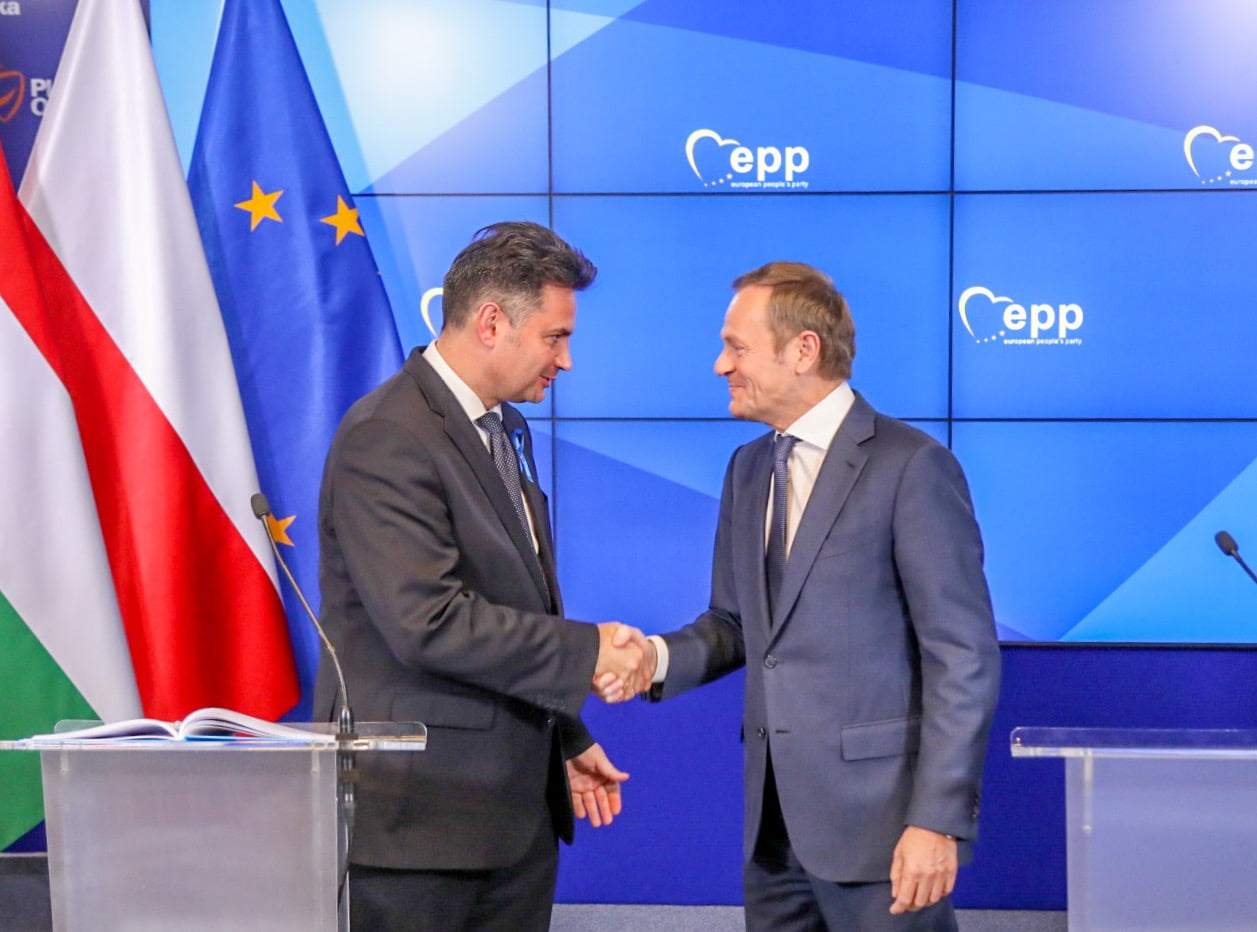 On Thursday, the opposition’s joint candidate for prime minister, Péter Márki-Zay, held talks with Donald Tusk, chairman of the European People’s Party. After the meeting, the Polish politician said that the EPP was looking forward to accepting Márki-Zay’s movement as a member- or rather, his party “after the hopefully victorious elections in 2022.”

According to Tusk, it is important that those who share Christian Democratic values stand together in defense of fundamental European values. The Polish politician stressed that all forces that consider this important must unite to defend democracy and the rule of law, pointing out that he sees Viktor Orbán and the Polish PiS Party as threats to European values.

“We speak a common language,” Tusk said, predicting that European Christian Democrats will continue to work together in their election campaigns.

Péter Márki-Zay stressed at the joint press conference that in Hungary not only the Christian Democrats, but the entire opposition has united against corruption, intimidation, and the one-party system, from the left-wing parties to the liberals and the national radicals.

Although the situation in Hungary and Poland is similar in many respects, there are differences: Poland is also much better off economically and is steadily catching up with the EU average, while the Orbán regime has stalled in this respect and has also failed in the fight against the pandemic,”

Márki-Zay said. He said that the main enemy of the democratic Hungarian opposition is the autocratic Orbán regime. According to Márki-Zay, it is already clear that Orbán represents Putin’s interests, while 80% of Hungarian voters want to remain in the EU.

When asked by a Polish journalist what he would recommend to the Polish opposition, the politician mentioned the primaries. “The Hungarian opposition was able to control the public discourse thanks to the primaries, although the Hungarian public media kept quiet about these elections,” and he was not even interviewed as a winning candidate.

The politician then said he had lobbied EU leaders to ensure that Hungary continued to receive EU funds, but that they should not end up in the pockets of the Orbán family and the Fidesz oligarchs, but should benefit the Hungarian people.

A Christian conservative and a liberal commentator try to make sense of the opposition frontrunner’s controversial statements on Christian values and secular politics.Continue reading

Fidesz left the EPP and its EP group in the spring; since then, Péter Márki-Zay has won the opposition primaries for prime minister and is seeking contact with the EPP. Back in October, he hosted CSU politician Bernd Posselt in Hódmezővásárhely, with whom he discussed how to replace Hungary’s membership in the European conservative party family. During his trip to Brussels in November, he met among others, Manfred Weber, Chairman of the EPP Group in the European Parliament.

However, co-ruling small party KDNP (Christian Democrats) are still part of the EPP, hence they can veto the inclusion of Márki-Zay’s future conservative party, as mentioned by the head of the Prime Minister’s office, Gergely Gulyás (a Fidesz politician) at his weekly press briefing.

Meanwhile, several Hungarian newspapers have reported in recent days that Fidesz is working on the formation of a new European parliamentary group, which could also include the Polish ruling party Law and Justice (PiS) and even the German AfD. An announcement to that effect is expected on Saturday.