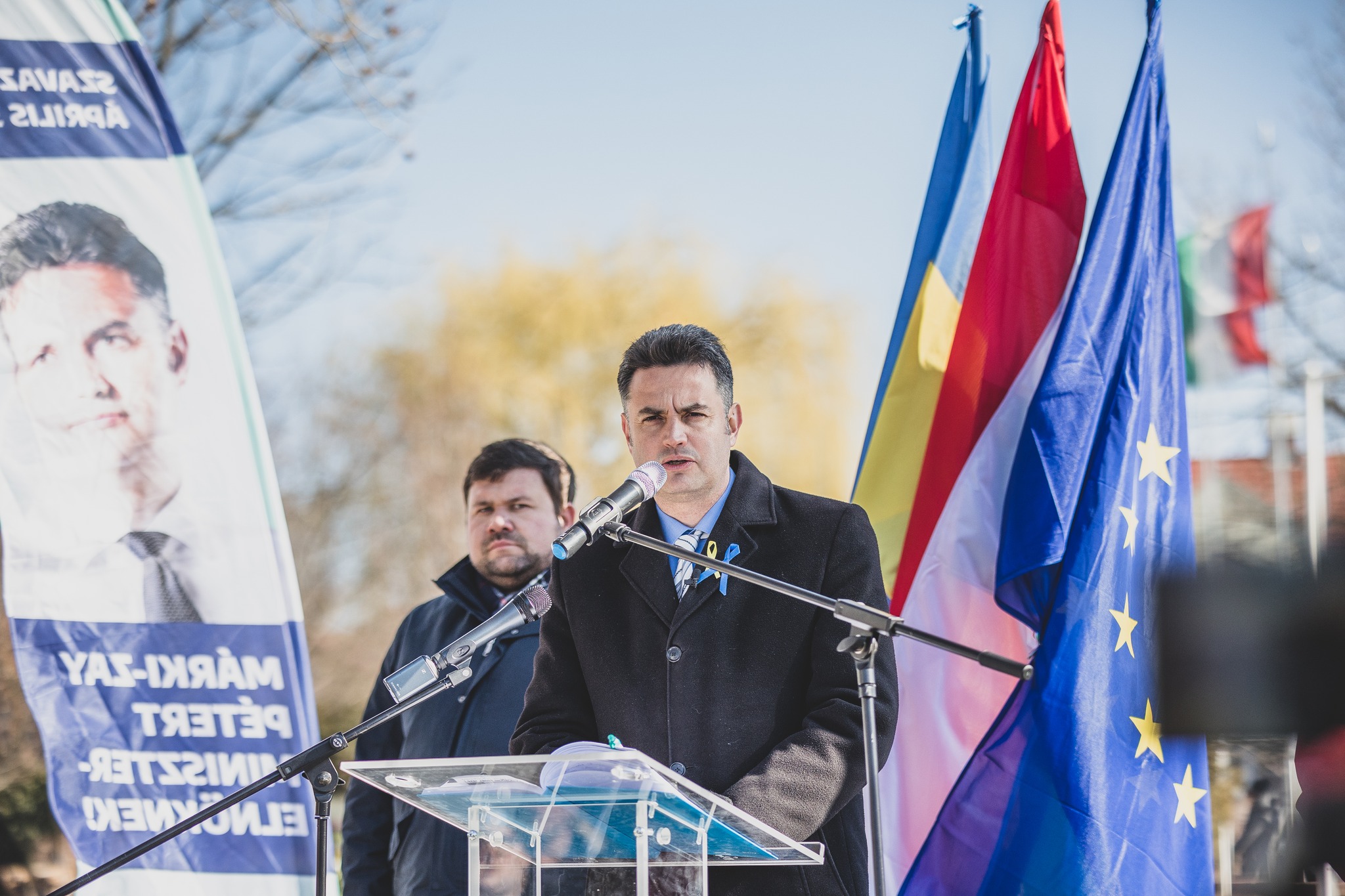 Péter Márki-Zay, the opposition alliance’s candidate for prime minister, has filed a criminal complaint against Péter Szijjártó over the Foreign Minister’s accusations of him being in constant contact with the Ukrainian Government.

In a video uploaded to Facebook, Márki-Zay said he was taking legal action against the Foreign Minister for scaremongering, as despite Szijjártó’s accusations, he had not held talks with Ukrainian President Volodymyr Zelensky, and would not send Hungarian troops to Ukraine.

According to the opposition candidate for prime minister, in addition to being blatant lies, Péter Szijjártó’s previous statements are also capable of creating fear among a wide range of the general public and influencing the 2022 Hungarian elections. (Szijjártó was talking about the opposition allegedly wanting to send weapons to Ukraine, not Hungarian troops.)

In the video, the politician added that he knew “what the Foreign Minister is trying to divert attention from with his lie: that he has been acting like a Russian agent and allowed Putin’s hackers to access the most confidential data of the Ministry for a decade”. The government’s friendly attitude towards Russia is endangering Hungary’s security, he concluded.

As we have reported, in recent days Péter Szijjártó made serious allegations against the opposition’s candidate for prime minister.

On Wednesday, the Foreign Minister, referring to press reports and communications between the Ukrainian foreign minister and Kyiv’s ambassador in Budapest, accused members of the Hungarian opposition of being in constant contact with representatives of the Ukrainian government.

Related article
Márki-Zay to Zelenskyy: “I look forward to the day when I can meet you here to exchange thoughts on the EU's future and peaceful coexistence of our nations”

According to FM Szijjártó, "They have agreed that if the Left forms the next gov't in Hungary, they will immediately vote for sanctions against natural gas and oil deliveries and start arms shipments to Ukraine."Continue reading

He said the Ukrainian foreign minister had called Ukraine’s ambassador to Hungary to “discuss options on how to influence the results of the Hungarian elections”.

The minister insisted that Ukrainian President Volodymyr Zelenskyy’s international speeches in which he “constantly attacks Hungary and its government for refusing to send weapons to Ukraine or to vote for sanctions endangering our energy supplies” also corroborated that such talks had taken place.

Both the Ukrainian Embassy and Ukrainian Foreign Minister Dmytro Kuleba denied the allegations.