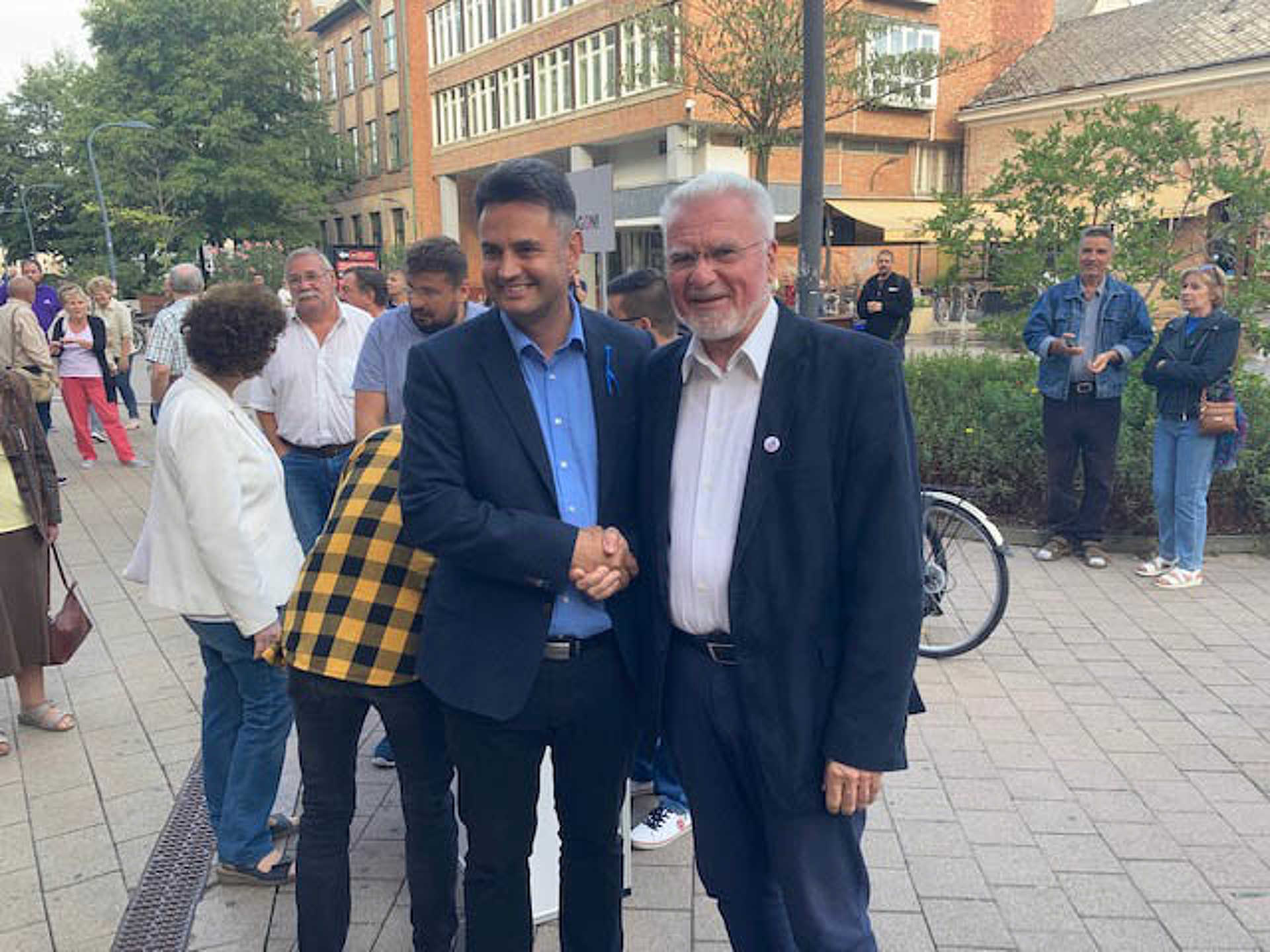 After winning the primaries, the joint opposition’s prime minister candidate confirmed that he wouldn’t turn his movement into a party. Péter Márki-Zay, however, apparently aims for a separate parliamentary group for those outside the six parties of the opposition alliance, including members of his movement.

In a recent interview with Népszava, the conservative politician said that although his movement wouldn’t be turned into an actual party, József Pálinkás’ conservative New World People’s Party (Új Világ Néppárt- ÚVNP) would be their “spiritual home.” Márki-Zay thinks that there should be a separate parliamentary group for ÚVNP and some other non-party civilians. (József Pálinkás was minister of education in the first Orbán administration, then later president of the Science Academy. Pálinkás established his party last year and he wanted to run for prime minister in the primaries but failed to collect enough signatures). Márki-Zay’s initiative is not surprising, given that most parties of the joint opposition are liberals or orientated on the left, so a conservative politician would not really feel “at home” in those party groups.

“I don’t have a specific number in mind. What I want to achieve is a proportional and equal representation of different social groups in the Hungarian parliament. That is why, for example, I made the proposal, agreed on by the majority of the prime ministerial candidates to provide three Roma politicians a spot in the first thirty spots on the joint list,” the Hódmezővásárhely mayor explained to the left-wing newspaper.

Jobbik and Párbeszéd already responded to Márki-Zay. Both the right-wing and leftist green party insisted that these issues should not be discussed in the press. “The six opposition parties participating in the opposition coalition will start negotiations on what to do after the primaries, as they have agreed in advance. Such proposals should be discussed there, not through the press, which would destroy voter confidence in the opposition coalition,” they told ATV.

The Hungarian Parliament consists of 199 MPs. While 106 spots are allocated for the winners in the single-member constituencies, 93 are distributed through the national list. At the moment, the most relevant pollsters put ruling Fidesz-KDNP and the opposition cooperation neck-and-neck. Based on this, the opposition parties are expected to have more seats in parliament than there are currently; however, it is sure that many more strive to be an MP than there are available places.