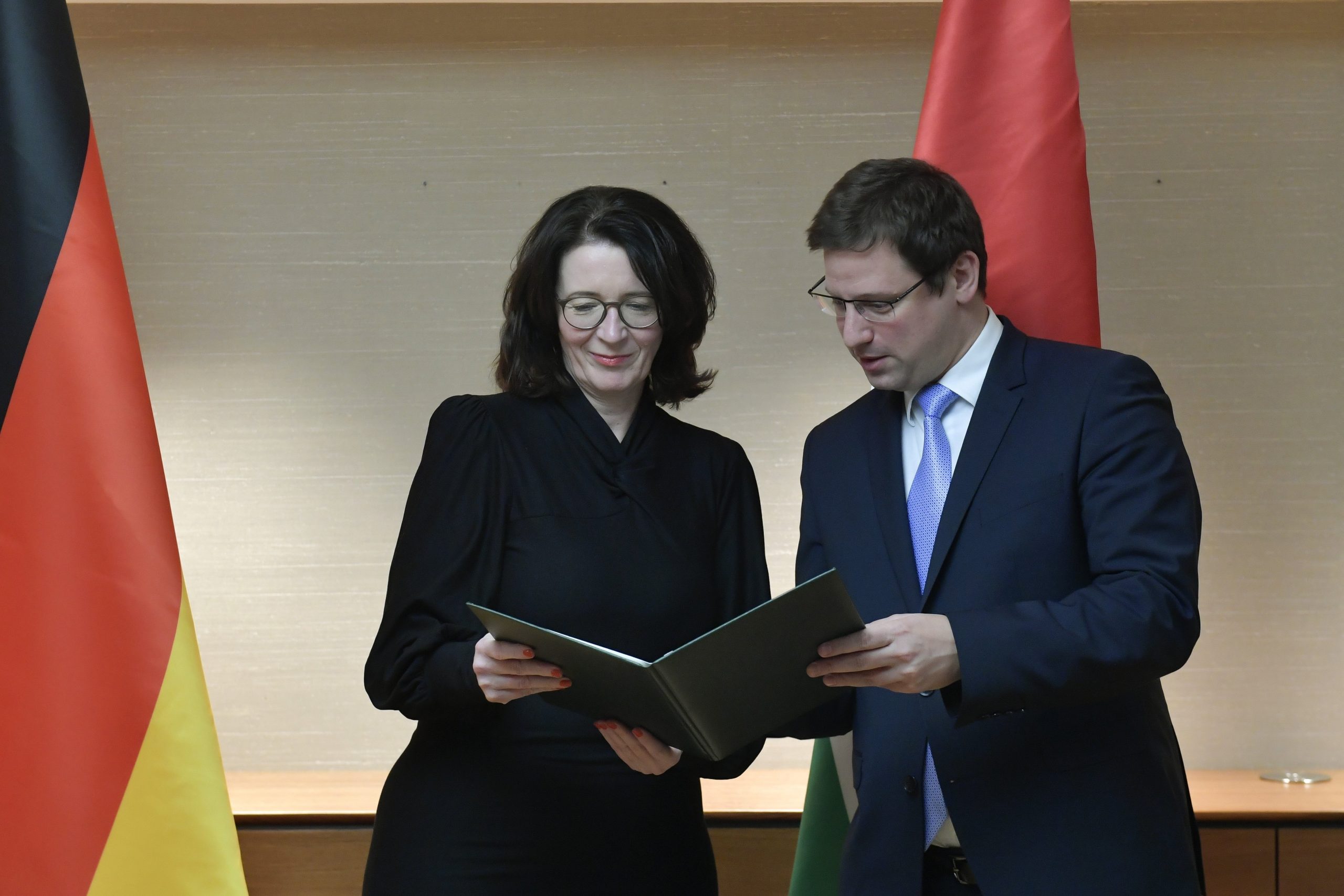 Maren Schoening, founding leader of the German-Hungarian Youth Association, has been awarded the Hungarian Order of Merit, Knight’s Cross, in recognition of her merits in promoting close relations between the two countries.

The honor was presented to her by Gergely Gulyás, the prime minister’s chief of staff, in Budapest on Thursday.

Addressing the ceremony, Gulyás said Hungarians always highly appreciated foreigners who sought to obtain first-hand information about the country. The minister praised the association as one that fulfilled a vital need and as a true symbol of friendship.