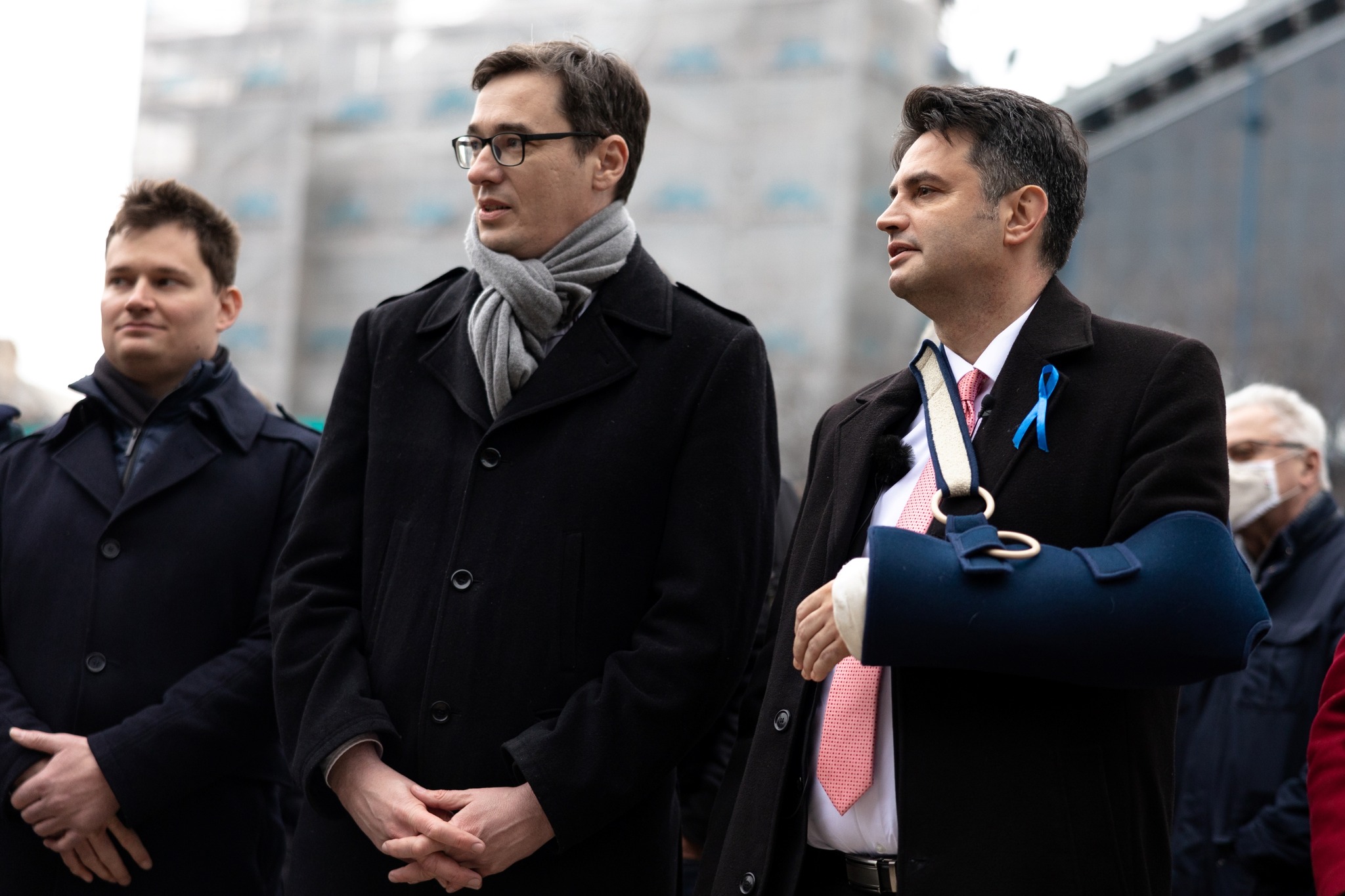 Real unity and show of strength through grassroots mobilization and permanent, impressive street presence are what the opposition should focus on, instead of just sitting in TV studios and concentrating on scandals, says Israeli campaign and communication strategist Ron Werber, who previously led campaigns for MSZP and LMP.

Ron Werber is a retired Israeli international campaign strategist who has been working for 30 years in scores of political and advocacy campaigns. In Hungary, he led MSZP (Socialist Party) PM candidate Péter Medgyessy’s campaign in 2002, which resulted in him beating incumbent Viktor Orbán, despite polls suggesting otherwise up until the very day of the election. More recently, he was involved  in green-centrist LMP’s campaign ahead of the 2018 elections, but resigned well before the elections. He was known for his aggressive, negative campaigning methods, for which he was often dubbed in the right-wing press as the “conductor of hate.”

Now HVG interviewed him regarding the forthcoming election, on which he shared his thoughts.

On managing the coalition

The most difficult and most important part of managing such a diverse coalition is generating a truly genuine sense of partnership and mutual trust among the leaders of all the coalition groups (…) Without it (…) the United Opposition will not be able to mobilize enough voters throughout the country on election day…which means victory will not be possible.”

…the reality is that (…) most (…) local opposition candidates cannot win without a significant support of a strong national organization. So… I hope that the top priority of the national campaign team of the united opposition is indeed to intensively support its local candidates in the individual districts… because that is the only arena where elections can be won, and NOT in TV studios and press conferences…”

On what the opposition’s campaign messages should focus on

The public is sick and tired of scandals. It is by far more effective to concentrate on harsh constructive criticism against the ruling party, about its broken promises, lies and failures (…) It is also important to explain simply what the opposition’s commitments are.”

We should still hope that now they are seriously engaged in actual preparations for an overwhelming street presence during the last six weeks of the campaign (…) The other crucial question is how serious their preparations are not only for effective street action, but also for mobilizing well-trained observers in the thousands of voting stations spread all over the country (…).

The “old war horses” (…) can tell you what might happen to the votes of your supporters in a voting station where you don’t have your own well-trained representative (…).

Unfortunately, too often the national leaders prefer to avoid all this, and stay in the comfort zone of online and social media, tv and radio talk shows and speaking in “public forums” to convinced audiences – all of which have much less to do with winning an election campaign, than grassroots organization.”

If all this was not done until now, and discussions behind the scene are still “rough” (…) 3 months before elections, it is a very bad sign (…) But there is still time…”

…’supporters’ in polls are not yet ‘actual voters’ on election day. Even if these polls are genuine, they only indicate a potential (…) This is why the exaggerated focus on discussing polls instead of focusing on the necessary campaign work, is like “opium” for politicians. It makes them indifferent to the real important assignments and hard work of an election campaign, which is massive grassroots organization and mobilization.”

His education, professional, and family profiles have an important added value (…) what some people consider as his “roughness” or straightforwardness – can be an advantage. It looks as though if well prepared, Mr. Márki-Zay has what it takes to beat Orbán in any live debate or any other verbal confrontation. But, once again, the most important test for his leadership depends on his ability to generate a genuine sense of partnership and mutual trust.”

Fidesz, like any other ruling party, is doing anything in order to divert public attention from the main issue of the campaign, which is “yes” or “no” to political change. Using the referendum is just another cynical but legitimate attempt to do that. So is the raising of issues like LGBTQ rights.

But when the United Opposition declared its own referendum initiatives, it only helped Fidesz in the efforts to divert public attention from this main issue. And this might have a negative effect on voter turnout for the opposition. For God’s sake, these are national elections, so please convince the people that you can win, and don’t waste time on referendums about a Chinese university campus and on benefits for jobless people….”

Then there is the traditional Fidesz negative campaigning, which is based on lies and disinformation. ‘Fake News’ existed long before social media and Donald Trump… and ALL Fidesz’s campaigns since 1998 prove that.”