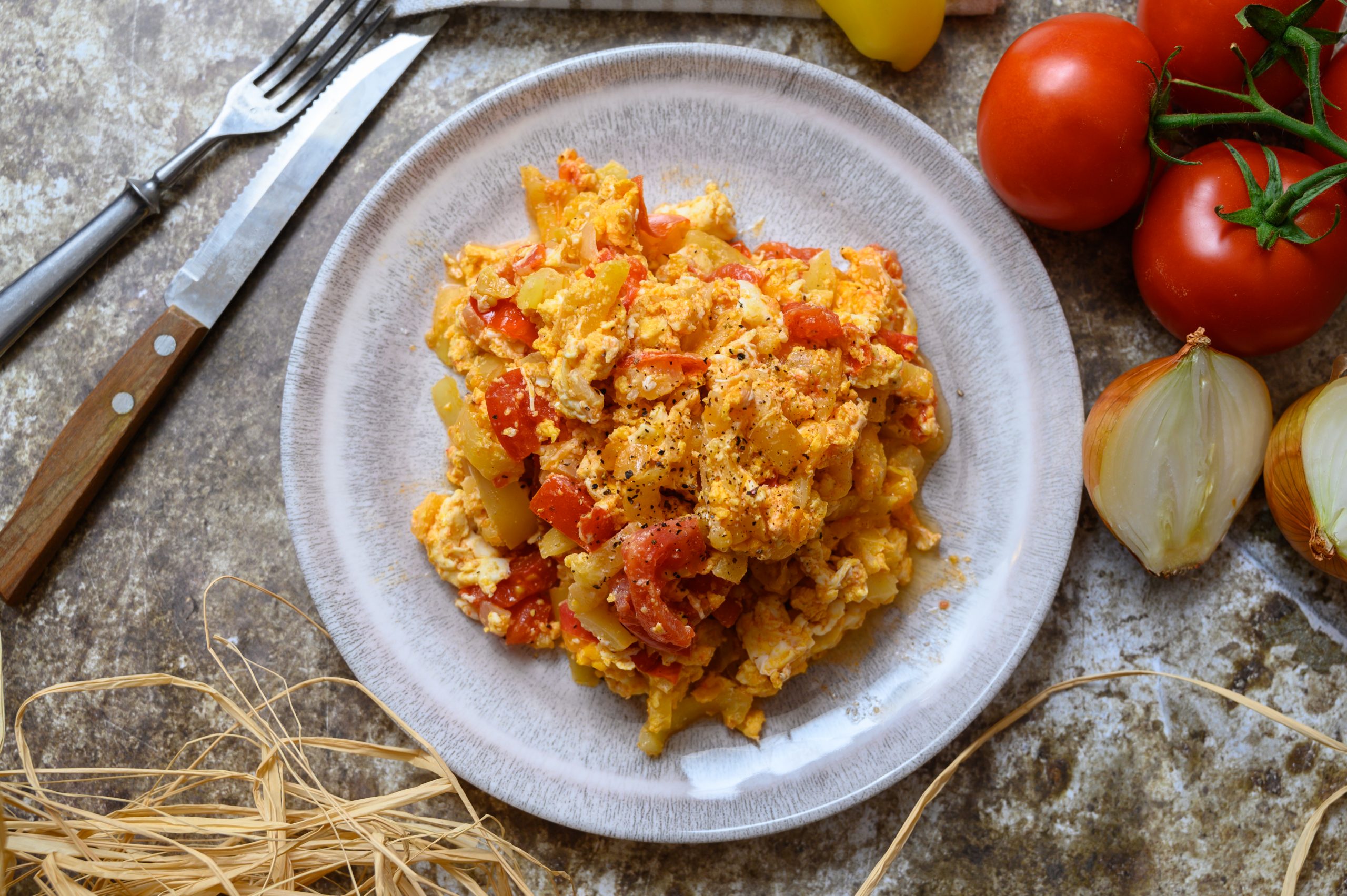 Considering that the first pepper was brought to The Old Continent by Columbus’ doctor and that, likewise, the first tomato made it over with a subsequent expedition, it is clear that this Hungarian dish, popular both at home and abroad, is not an entirely ancient Hungarian combination of the two ingredients.

Tomatoes and peppers came to us through the Balkans during the times of the Ottoman conquests, and despite the Turkish menemen being suspiciously similar to it, lecsó (pronounced letch-oh) showed up in Hungary much later. It was in 1870 when the dish made an appearance in the Carpathian Basin, prepared on open fires by Bulgarian gardeners. Unlike many modern dishes, lecsó’s foundations have remained unchanged for more than a century. 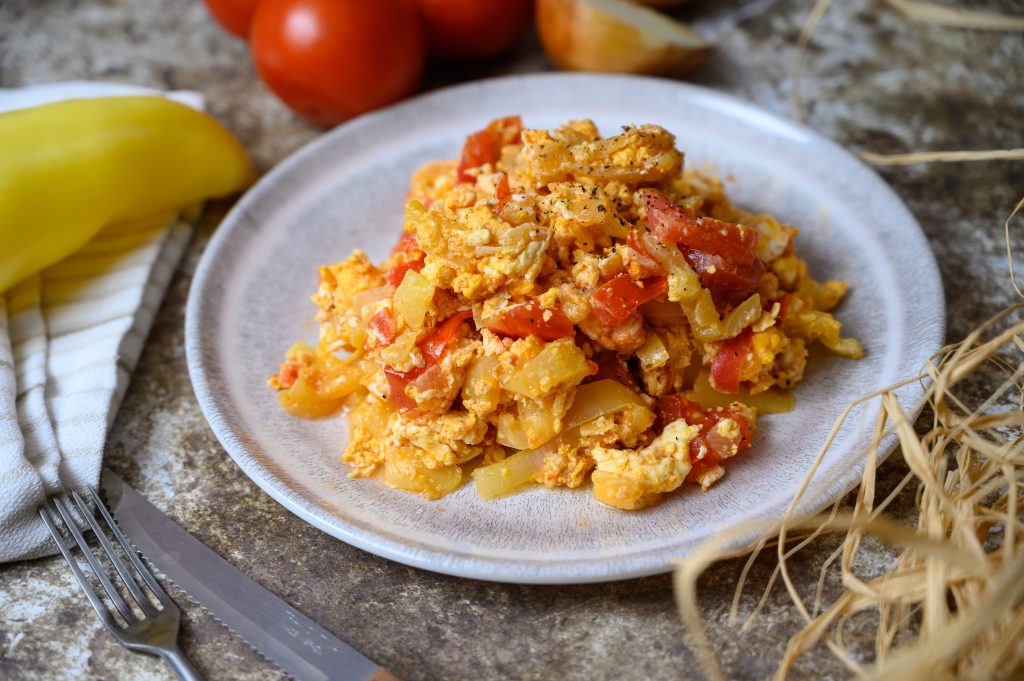 In 1902, a periodical named The Week was the first to share the recipe for lecsó, albeit back then it was still presented under the name of “rácz omácska,” meaning Rascian sauce. The word lecsó showed up first as a regional name for the dish in the Nógrádian village of Diósjenő: lëcső. Lëcsó meant green peppers shaped with tomatoes, Sándor Horváth gathered in the the Hungarian Language periodical’s 1914 issue.

The dish’s actual career only began when the First Hungarian Canned Food- and Ore Factory, under its own brand name of “Globus,” was able to take its legacy to such a great length that lecsó became a staple export. This was when the German sounding name of “letscho” was born too, and this was when the recipe itself became truly Hungarian. 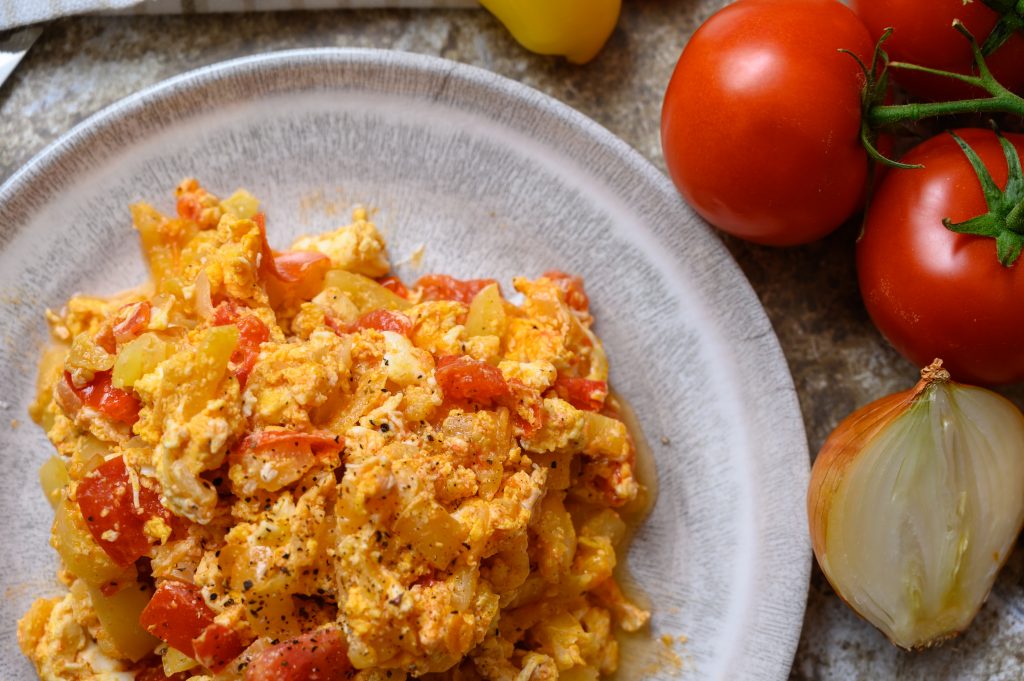 The use of eggs in its preparation, one of the most widely popular, is not so foreign in other countries. After all, the Middle Eastern Shakshuka is also based on the holy trinity of tomatoes, peppers, and eggs, but the Hungarian approach characteristically involves Hungarian wax peppers.

Wash and slice up the peppers, chop the tomatoes into cubes, and chop the onion into smaller cubes.

Simmer the chopped onion until it becomes translucent, then add the peppers after a few minutes. Cover and let it cook for a bit. Once the peppers have softened up, add the tomatoes.

Add salt and pepper, then once the tomatoes have softened as well, break the eggs into the mix and carefully stir the ingredients together. Cook until the eggs are ready.

If a saucier dish is sought after with less thickness, add more tomatoes. If a thicker, drier dish is preferred, add more eggs. 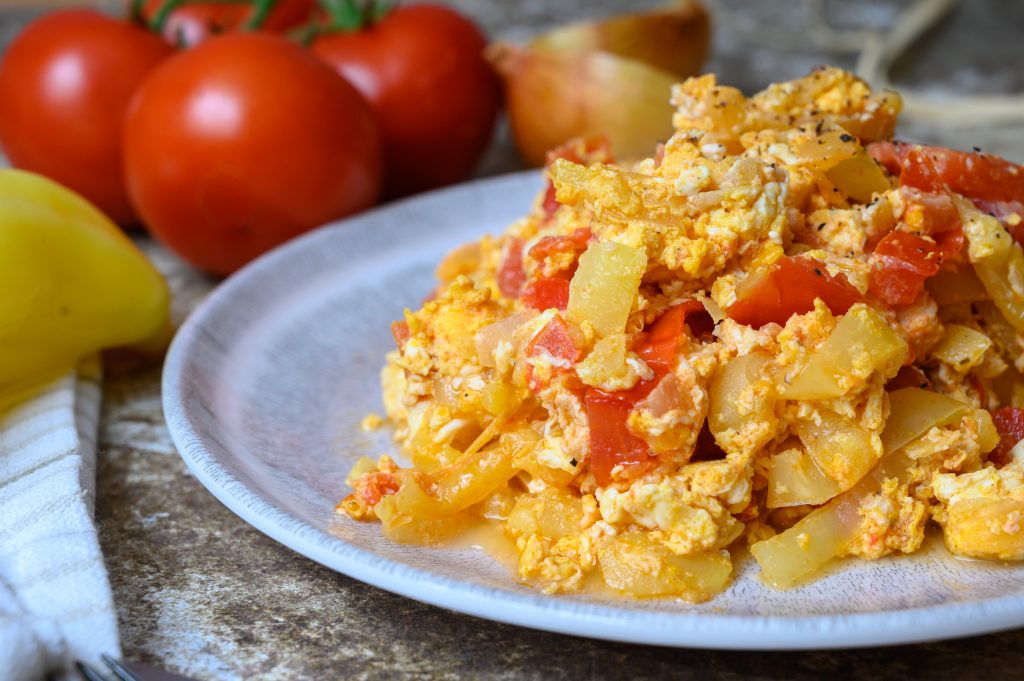 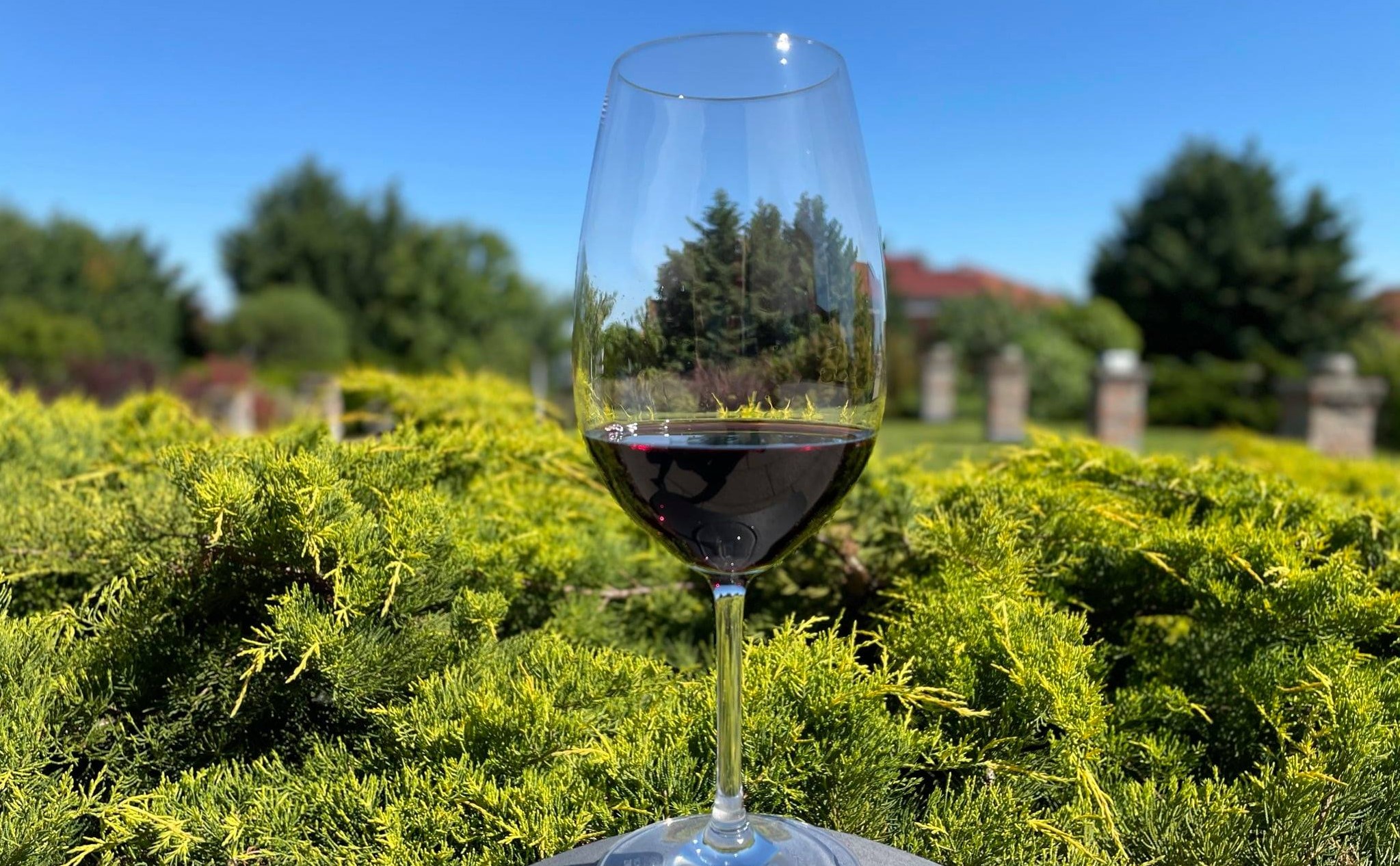 The recognition is particularly notable as it is the first time in the history of the competition that a Hungarian red wine has received this award in such a broad category.Continue reading