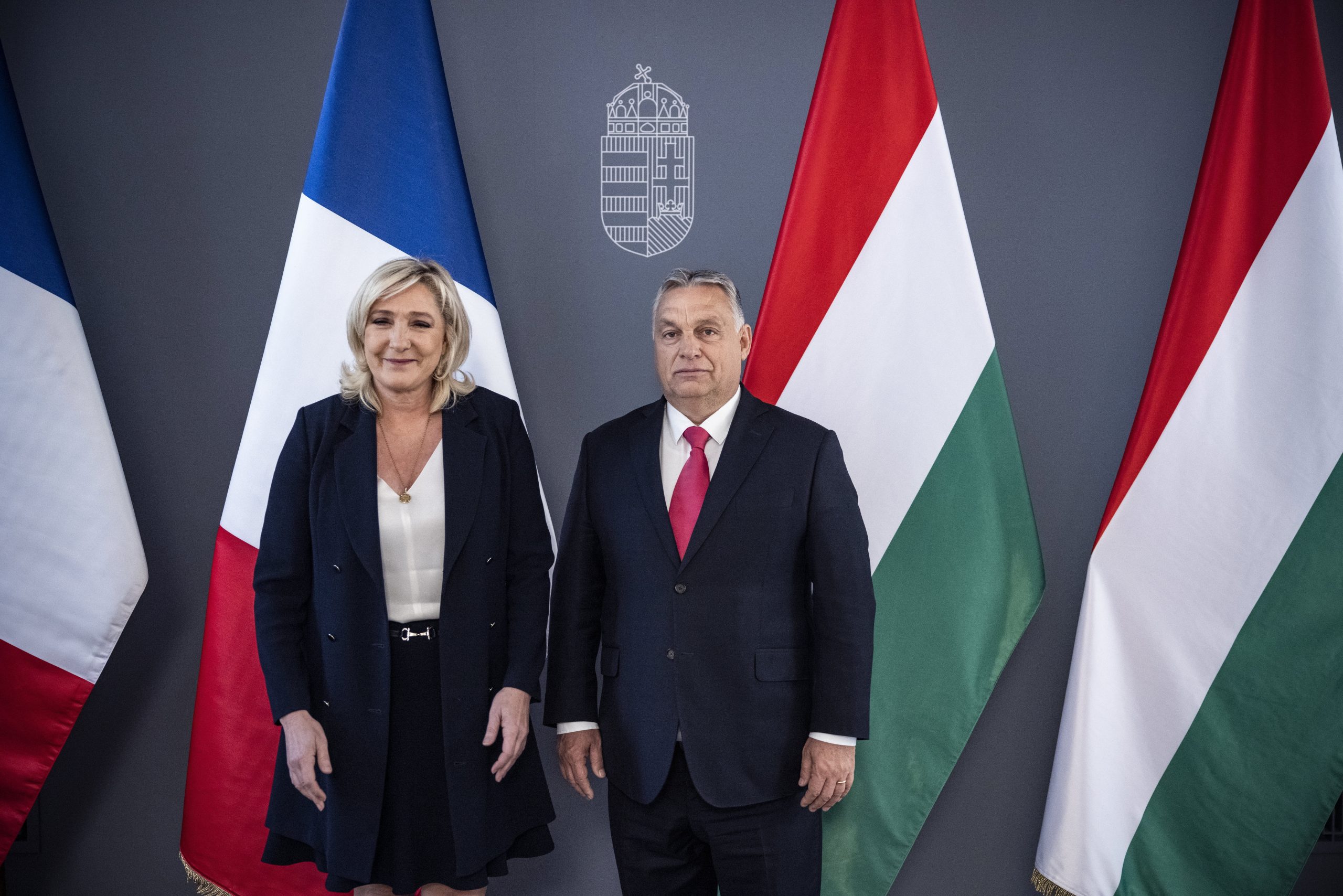 “If all French people could travel to Hungary, they might understand that we can no longer tolerate the French situation,” French right-wing leader Marine le Pen told pro-Fidesz weekly Demokrata, after she had met Prime Minister Viktor Orbán on Tuesday. She also spoke of the establishment of a new group in the European Parliament, consisting of the radical rightist parties of Europe.

Le Pen’s visit came on the heels of controversial TV pundit Eric Zemmour’s arrival, who is expected to soon announce his bid for presidency and is known for his radical anti-immigration stance, often bordering racism, according to some. While the two lean on virtually the same voting base, they are essentially neck-and-neck in terms of popularity at the moment, as incumbent Emmanuel Macron leads.

The leader of France’s National Rally (Rassemblement National) said Hungary is at the forefront of the fight against totalitarianism,” while the prime ministers of Poland and Slovenia, whom she recently met, are important politicians of the “resistance.”

Le Pen also spoke of a “strong group” to be set up within the European Parliament, referring to the joint declaration signed in July by right-wing and far-right parties from 16 EU countries, including her party and Hungary’s ruling Fidesz.

She said it was “natural” that Brussels was now threatening the Hungarian and Polish governments. “If you corner a wild animal in a cage, it will attack and bite. It seems to me that the ideologues of the ‘common European nation’ and federalism are now in the corner of the cage. Therefore, the more they feel the wind is changing, the more aggressive they are,” she explained.

She also reinforced her support of the Central European countries’ struggle for sovereignty as she believes in cooperation between nations, including with the Germans, although she doesn’t believe at all in the ‘Franco-German partnership (“couple franco-allemand”),’ which she considers a mirage, mostly due to the French leaders’ failure to stand up properly for France’s interests. The EU needs to be changed from within, she said, and to do that it will need all countries with an interest in change to cooperate.

“So we will visit all of them, regardless of their size or weight, because a strong and decisive leader of a small country- territory and population-wise- may achieve a lot more than a kneeling leader of a large country.”

Le Pen also praised both the welcoming atmosphere she received in Budapest “which was almost like I was already president,” and the security she felt. She was impressed by the city mostly because “I was struck by the fact that you can really feel safe here.” “If all the French could travel to Hungary, for example, they might understand that we cannot tolerate the French situation any longer. Everything is clean, peaceful, no police, almost no crime, no shouting” in Budapest.

According to her, this is largely due to immigration, which is to blame for the current situation in France, and especially for the lack of the sense of security.