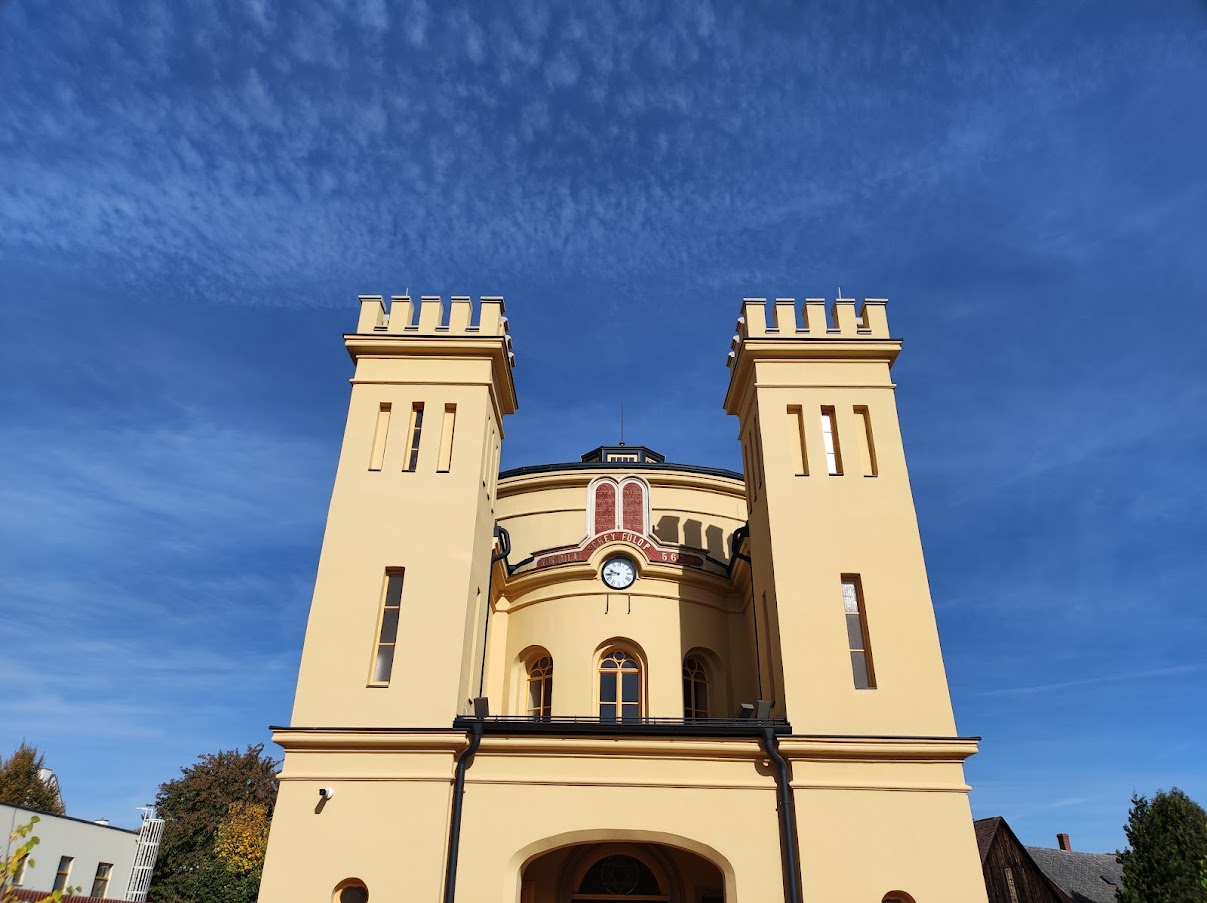 The Synagogue of Kőszeg, the unique cultural heritage of the city, has opened its doors to the public with new functions and a rich cultural program. 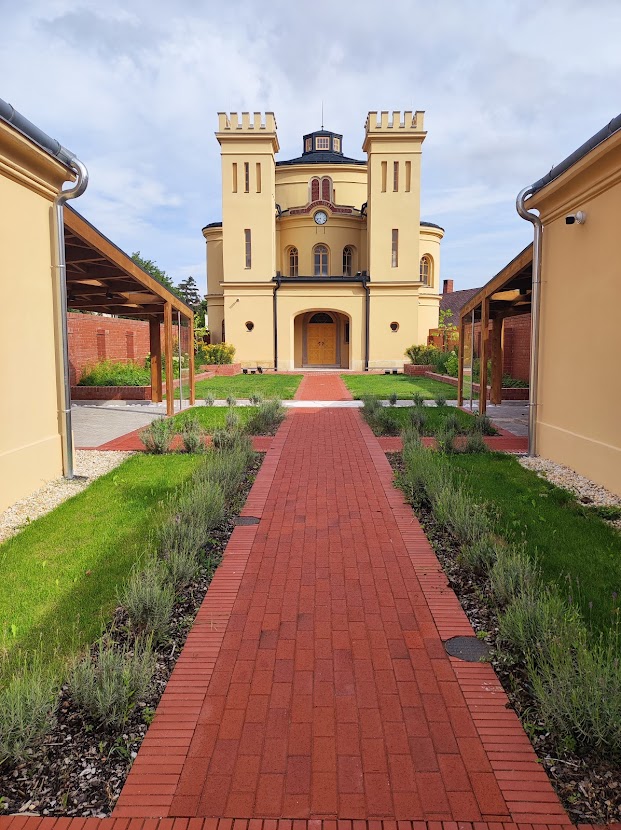 After years of false starts and failed attempts, the long-dilapidated 19th-century synagogue in Kőszeg in western Hungary has been reopened to the public after an extensive two-year renovation.

After a complete renovation, the building will offer cultural and scientific programs in the fall and winter, and thanks to its excellent acoustics, will also be used for musical events. The first guests in the synagogue were the Haydn Soloists of the Haydn Philharmonic Orchestra, who gave a sold-out concert on Sunday.

The orchestra’s director, Géza Rhomberg, told our sister-site Ungarn Heute during the intermission of the performance that he was pleased with the good relations with the city and iASK (Institute of Advanced Studies Kőszeg). They consider themselves lucky to have been the first to give a concert in the renovated building, which although built as a synagogue rather than a concert hall, has excellent acoustics, and they would like to return to the city. 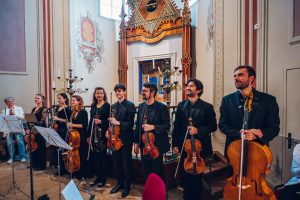 In western Hungary and in the area of today’s Burgenland, Jewish cultural life flourished during the Austro-Hungarian Empire, to which the synagogue in Kőszeg bears impressive witness. The construction of the building was financed in 1856 by Philipp Schey (1798-1881), who rose from a retailer in Kőszeg to become a major entrepreneur in Vienna. In 1859, Schey was elevated to the Austrian nobility by Emperor Franz Joseph – he was the first Jew to receive this honor, and bore the title Philipp Schey von Koromla. Schey financed the construction of the synagogue complex in 1856-59, which includes the rabbi’s house, the courtyard, the garden, and the fence. His role is emphasized in several places in the synagogue by inscriptions or plaques – including on the inside of the dome and on the facade, below the Ten Commandments. 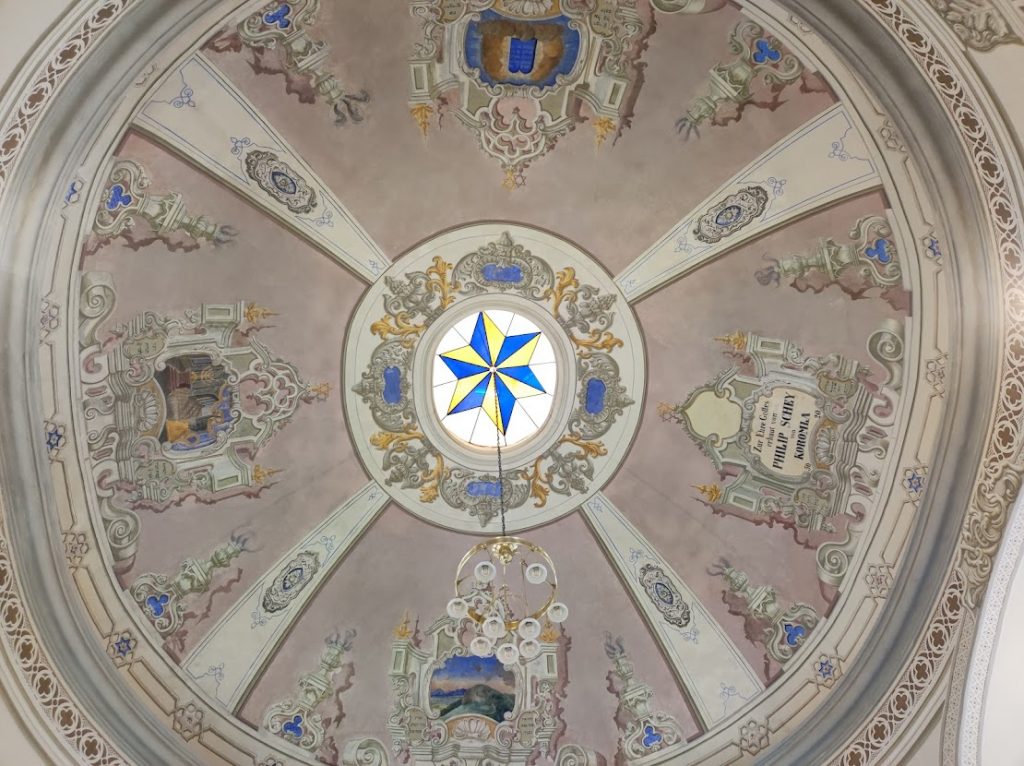 There is no longer a significant Jewish community in Kőszeg. The Peace Treaty of Trianon dealt a severe blow to the city’s economy, and the proportion of the Israeli population steadily declined ever since. During World War II, the Jewish population of Kőszeg was also segregated in a ghetto. In 1944, the prisoners were deported first to the Szombathely ghetto and then to Auschwitz. Most of them were immediately sent to the gas chambers, and only 16 of the Jews from Kőszeg survived the Holocaust.

The fate of the building and the renovation process have already attracted great national and international interest. Since the mid-1990s, Ferenc Miszlivetz, Director General of the Institute of Advanced Studies Kőszeg (iASK; Felsőbbfokú Tanulmányok Intézete), has made it his mission to save and restore this romantic building of incomparable beauty. The restoration of the complex and its gardens was decided by the government in 2013 in preparation for the Holocaust Memorial Year. 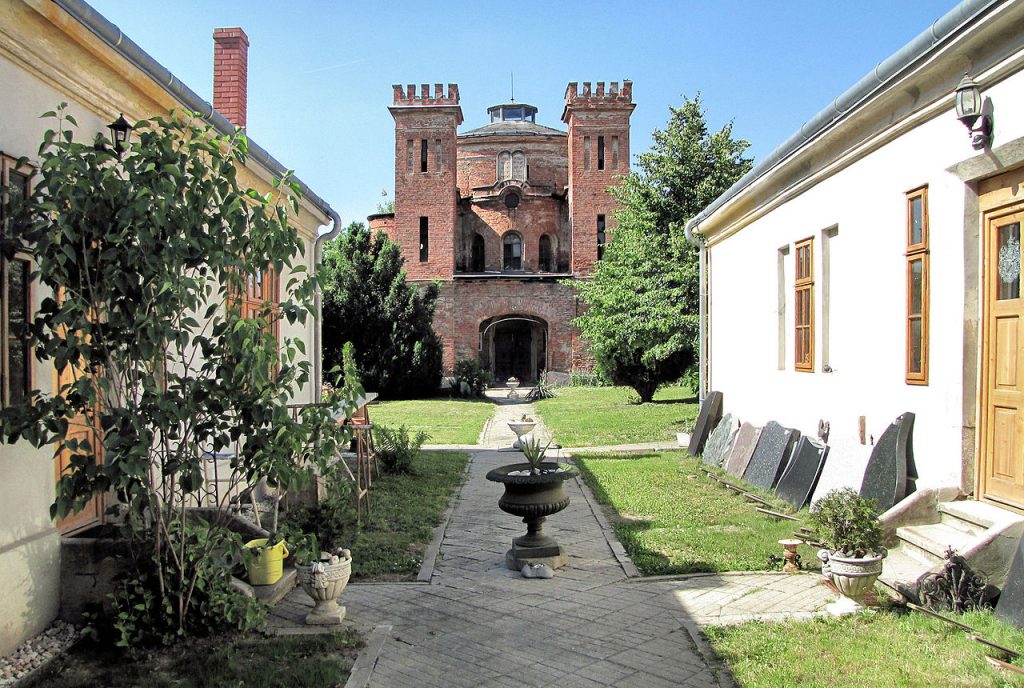 The synagogue in Kőszeg in 2011 (Photo: Dániel Kovács/Indafotó/Wikipedia)

The building returned to state ownership in 2016, and the state reportedly allocated 649,745,697 forints (more than 1,520,000 euros) for the restoration of the synagogue complex.

The restoration was carried out as part of the KRAFT program, a regional development program that includes economic, municipal, and academic actors working together to develop small and medium-sized towns. iASK coordinates the activities at its KRAFT center.

The work included a complete restoration of the exterior facade, from which all the original stucco had fallen off over the decades, as well as a full restoration of the delicate frescoes and other decorative elements inside, including the large Star of David above the Ark. The rabbi’s house and other buildings in the complex were also restored, as were the courtyard and grounds. 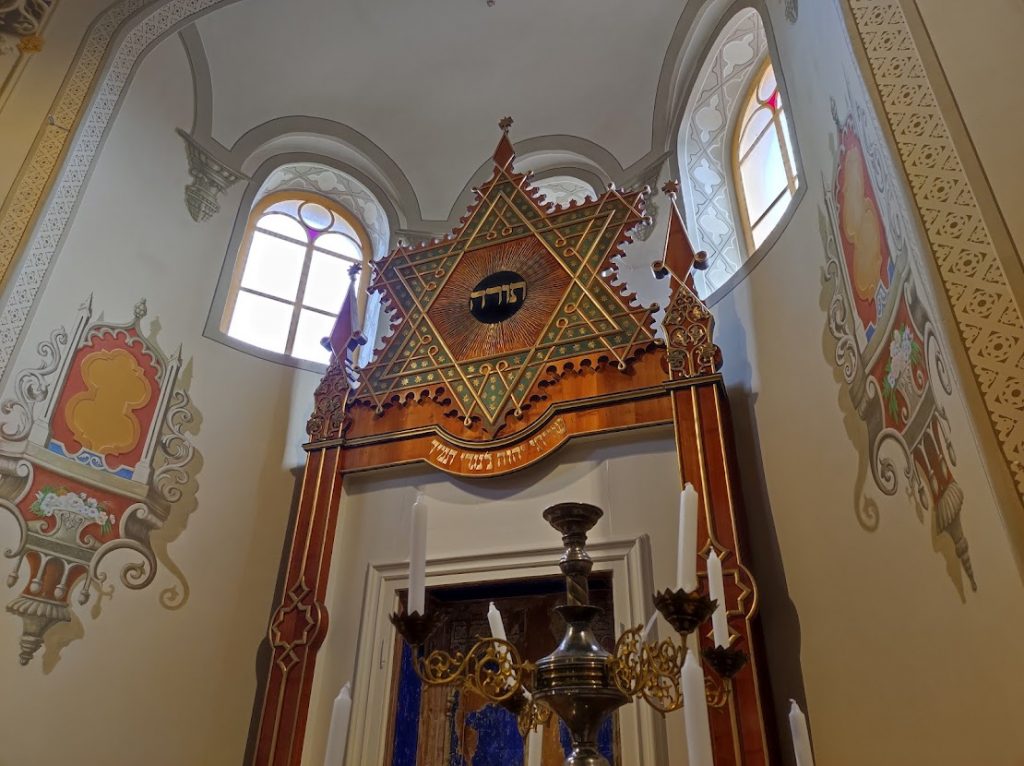 Thanks to the renovation, the synagogue complex will have a number of functions, fulfilling a religious, cultural, and public mission. After many years of disuse, the synagogue can once again be used as a place of worship when needed.

The Institute of Advanced Studies Kőszeg maintains a working group for the history of Judaism, which conducts historical research on the cultural life and activities of Jewish communities in the West Pannonian region, their influence on society, and the modernization of towns in the region. The results of this research are presented in temporary and permanent exhibitions. 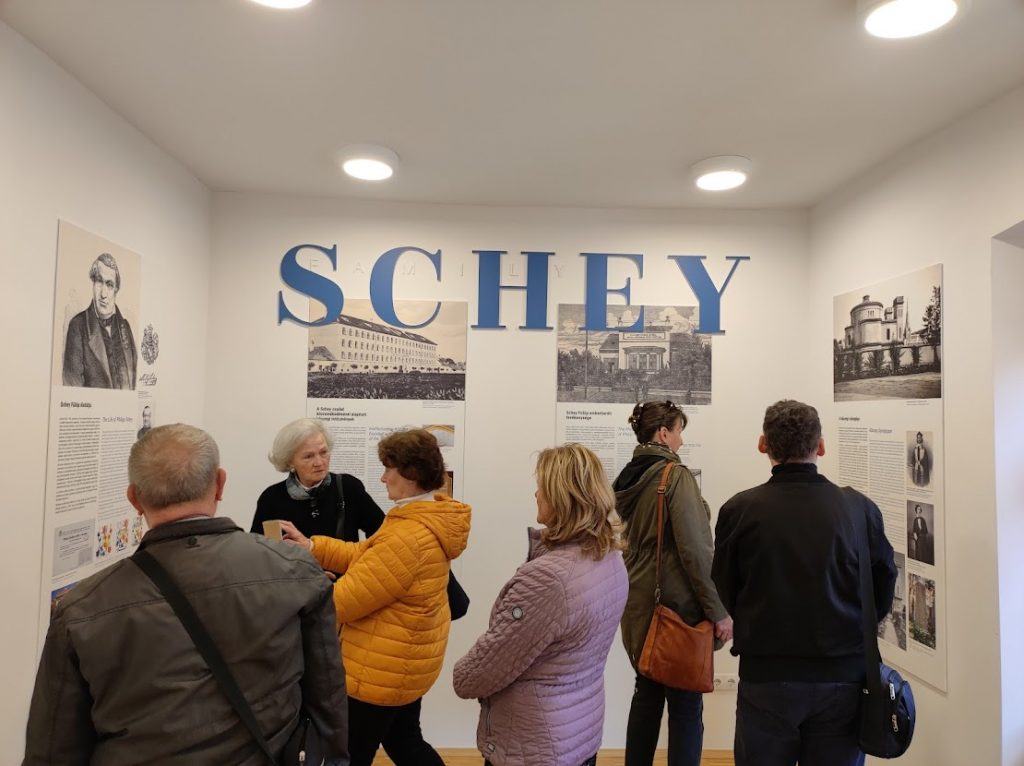 The exhibition of the research team “A success story from Kőszeg: The Schey family” can already be seen in one of the buildings of the synagogue. 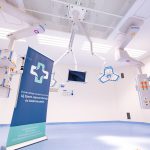