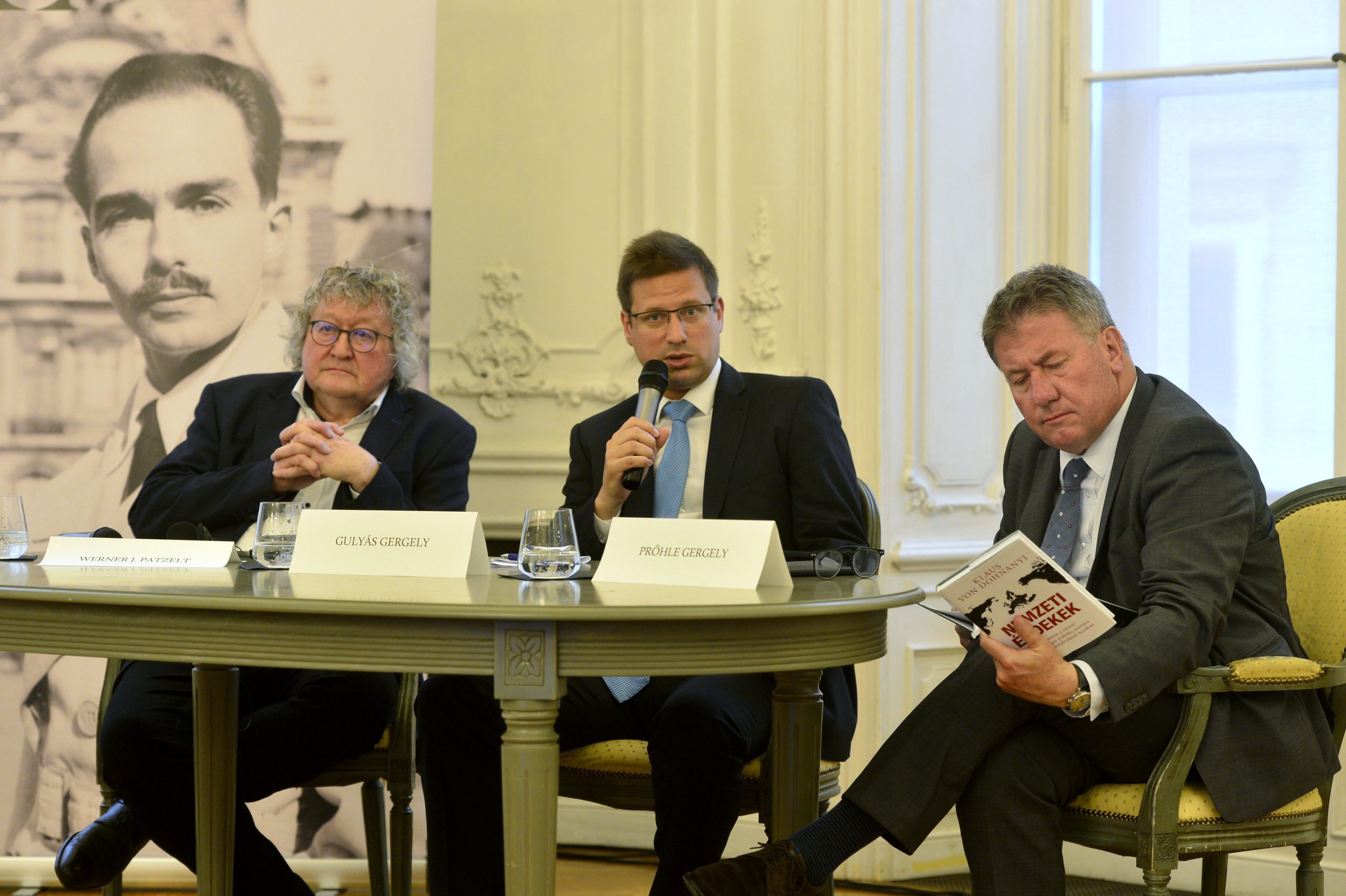 Speaking at the event, Gergely Gulyás, the minister in charge of the Prime Minister’s Office, said:

Gergely Gulyás recalled that when allegations against Hungary multiplied between 2010 and 2014, Dohnanyi published a material in which he proved that although much could be disputed, the German press distorts reality about the situation in Hungary in a tendentious manner. 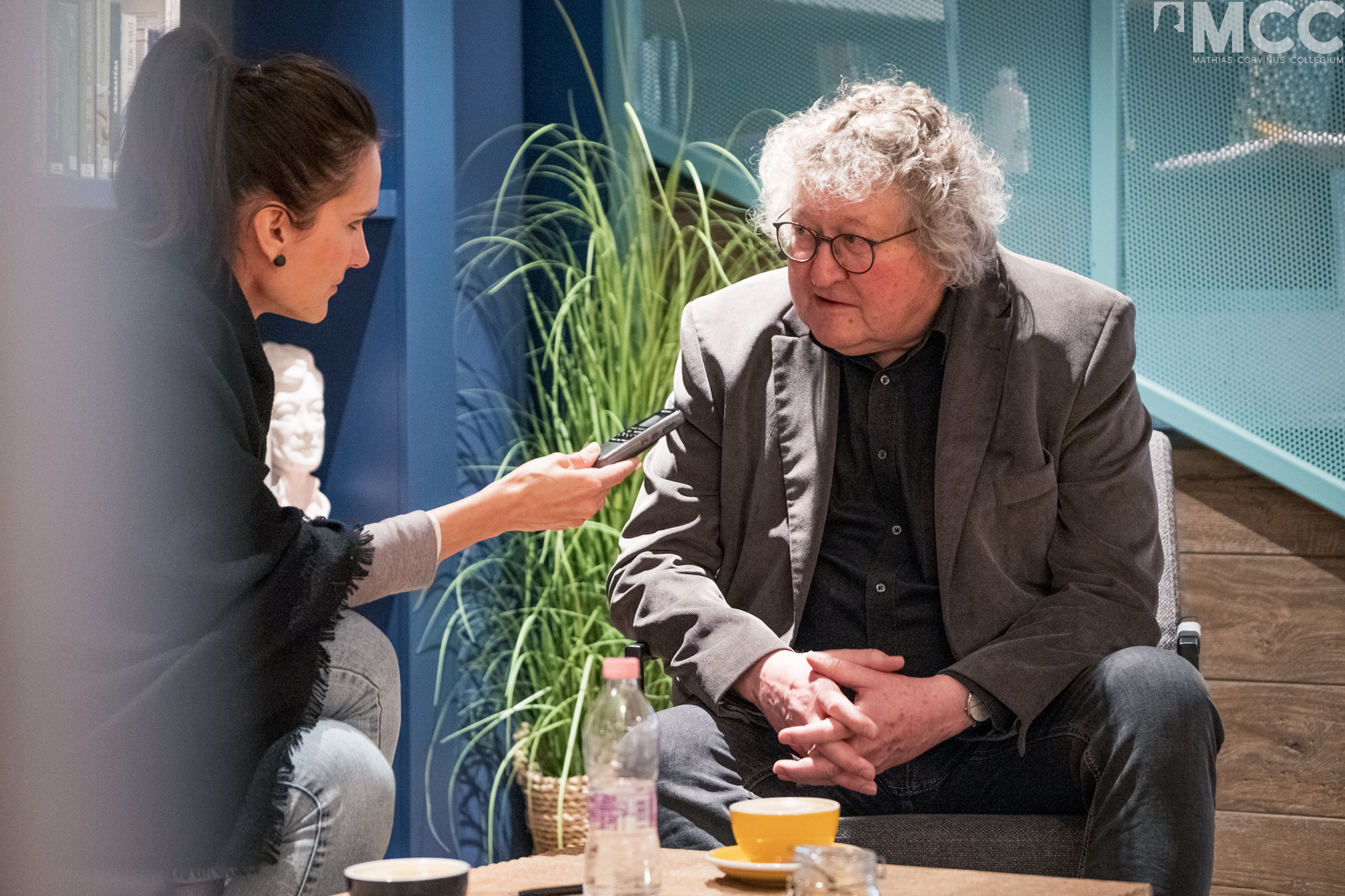 Werner J. Patzelt came to Hungary with the goal to find out whether the perception on Hungary circulating in Germany is true or not, and also where the differences between what is true and what is reported come from.Continue reading

“The book’s most important statement is its section about the European Union, in particular the need to think in nations. The ultimate loser of the Russian aggression against Ukraine is Europe, Russia has lost little or nothing on sanctions because of high raw material prices, and the United States has gained more because of the big oil companies,” the minister said.

At the age of 93, Klaus von Dohnanyi worked for decades under the government of Willy Brandt, then Helmut Schmidt, and later as the mayor of Hamburg. The Social Democrat politician, who joined the event in a video call, emphasized that European countries should know each other’s national interests better, without which there would be no progress.

Much of the EU’s criticism of Hungary is factually incorrect. Europe is not sovereign, we depend on various US security policy measures. Cooperation is important, but American interests are different from Europeans. This also applies to the war on Europe’s eastern borders, ”

The German politician said that his book was written before the outbreak of the war between Russia and Ukraine. He added that the conflict could have been avoided if the two sides had been ready to negotiate on the issue of Ukraine’s possible NATO membership.

Gergely Gulyás also spoke at the event that the lack of Russian raw materials would force the whole of Europe to its knees today. He said that although there are countries that supply weapons, we cannot defend Ukraine, but everything must be done to create a situation where peace can be reached.

The Minister in charge of the Prime Minister’s Office also mentioned that PM Viktor Orbán had initiated a debate on the future of Europe on several occasions, but this has not been put on the agenda so far. “We do not want a United States of Europe, we think differently about migration than our Swedish friends, for example. But a common European foreign policy would require more strategic discussions, on strategic issues like our approach to China,” he said.

The event was attended by Werner J. Patzelt, a former professor at the University of Dresden, who also spoke about the importance of a better understanding of Hungarian characteristics in the EU and how the country interprets European problems.

The event was hosted by Gergely Prőhle, director of the Otto von Habsburg Foundation; the book National Interests – A Guide for German and European Policy in the Context of Global Transformation was published under the auspices of the Foundation.

As Gergely Prőhle said, the author’s grandfather was the composer and pianist Ernő Dohnányi, and his father was Hans von Dohnanyi, a lawyer executed on charges of involvement in an assassination attempt against Hitler. ” Behind him is a huge political career, having served as Federal Minister of Education and Science in Willy Brandt’s government and State Minister for Foreign Affairs under Helmut Schmidt,” said Gergely Prőhle.