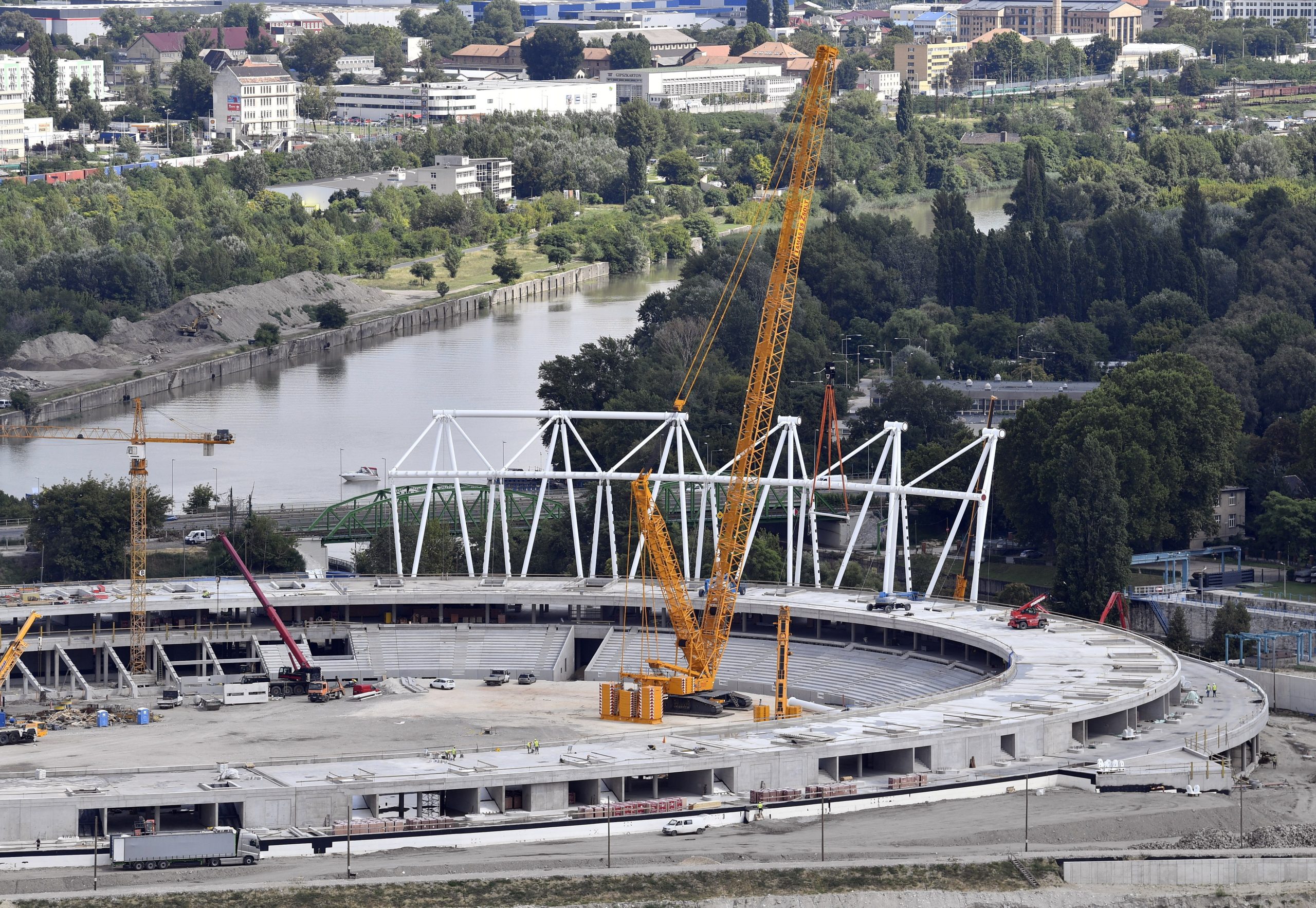 Budapest’s mayor will propose to the Budapest general assembly a withdraw of its approval for the city to host the 2023 World Athletics Championships, Gergely Karácsony himself announced on Thursday. He argues that the central government lied and didn’t respect their agreement, hence the move.

“It’s time to take action,” he started his announcement at the planned site of the Student City in Budapest’s 9th district. Karácsony told the press conference that by passing a law on China’s Fudan University, the government had violated a 2019 agreement which included, among other things, Budapest’s approval for the world athletics championships. The government considers setting up Fudan University in Budapest to be more important than building a student city which provides affordable housing for students from outside the city, Karácsony explained.

“It is time that this infamy is not left without a response,” he said.

It was back in 2017 when Budapest was granted the hosting rights of one the world’s biggest multi-day sports event. The construction of a new stadium worth HUF 204 billion (EUR 585 million today) and its adjacent infrastructure in both the 9th district and Northern Csepel (21st) have also begun. After the opposition’s victory in the capital, the new leadership attached conditions to the sporting event, on the premise that it would be the biggest one ever held in Hungary. One of those terms was the Student City project, set to provide accommodation and accompanying infrastructure to 8,000 students, on the former site of the Nagyvásártelep in the 9th district (similarly taken over by the opposition). Soon, however, the arrival of China’s Fudan University hit the news, and news broke out that the highly controversial institution would be built on the expense of the Student City (you can find out more on the Fudan debate here, here and here), something which government circles denied.

Additionally, in mid-June, the Fidesz-held majority in the Hungarian National Assembly voted to establish the Fudan University Hungary Foundation and to allocate its Danube-shore properties formerly designated to the Student City for free. However, it still argued that debates around the subject are still irrelevant due to a lack of information and negotiations. Many still interpreted this move as a clear sign that the central government would push through its will at all costs.

Karácsony has now said that the Budapest Assembly would vote on September 1 to withdraw its approval necessary for hosting the 2023 World Athletics Championships. Given the opposition’s majority in the Municipal Assembly (and the Democratic Coalition’s within, which has long been targeting a withdrawal), it is unlikely that Karácsony’s veto proposal wouldn’t go through.

featured image: the Athletics stadium under construction; via Zoltán Máthé/MTI