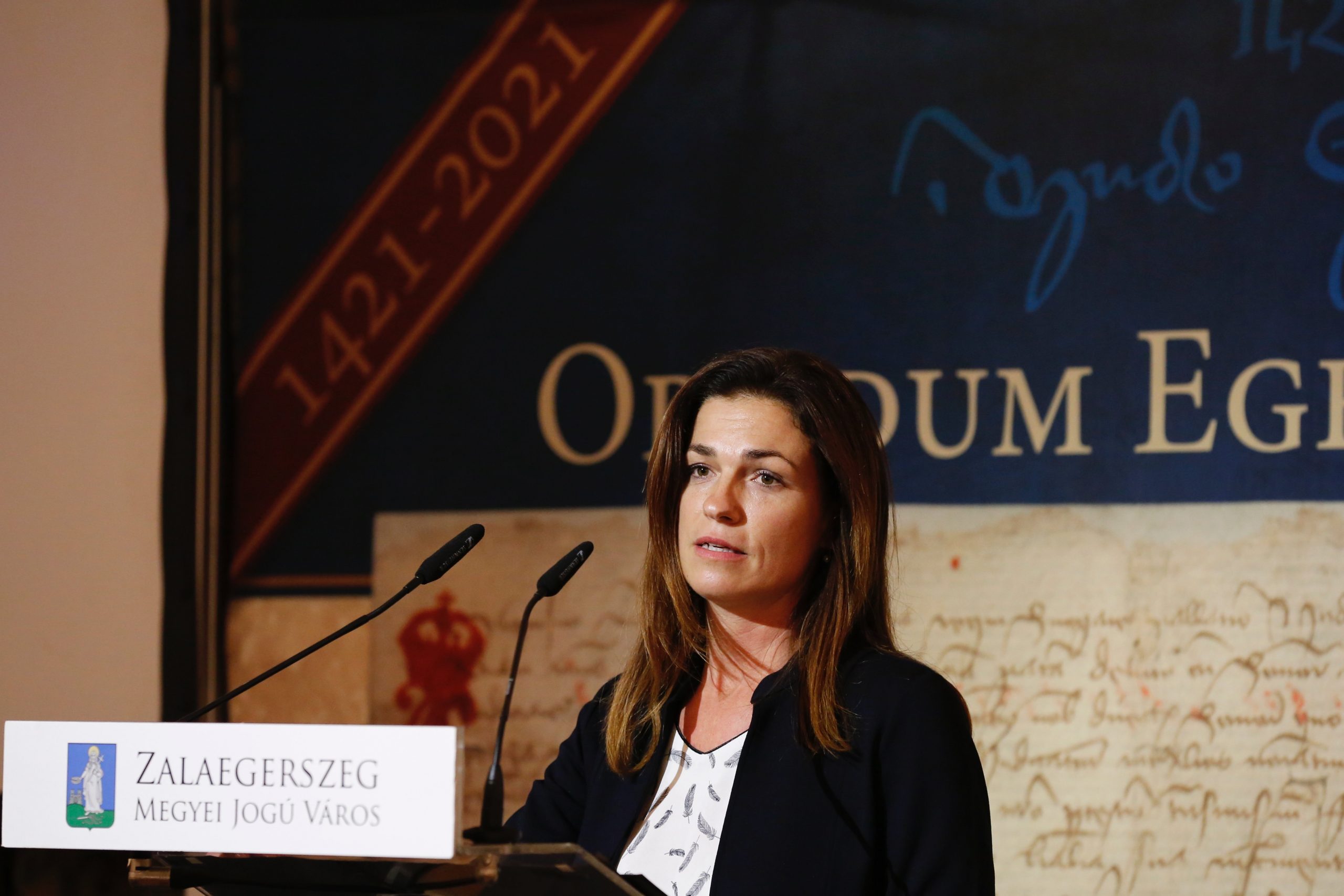 The key question at the parliamentary election next spring will be whether Hungary remains faithful to its thousand-year-old past or gives up its sovereignty, Justice Minister Judit Varga said on Monday, in a post on Facebook based on her interview to Italian daily La Verita.

It will depend on the outcome of the election “whether we will defend the household utility price cuts or allow high energy prices to trap Hungarians”, the minister said. It will also be at stake “whether we will stand up for our family support measures and our child protection law or succumb to the aggressive LGBTQ propaganda”, she added.

Concerning migration, the minister said that “while Hungary in 2015 was criticised for erecting a border fence to protect itself and Europe, today more and more countries follow in its footsteps”. Hungary does not expect either an apology or recognition, but is asking Brussels to contribute funding to the costs of border protection, she said.

In the interview, Varga spoke about a recent decision by Hungary’s Constitutional Court concerning competencies in community and national laws in connection with immigration. In its ruling on December 10, the top court said that Hungary has the right to supplement incomplete European Union laws until the EU fully fills out its laws to cover joint competences. Varga said the Hungarian government would not change its migration policy, arguing that all of its related decisions had been supported by the top court’s ruling.

“Rules enacted by Brussels in peace time are not effective enough to stop illegal immigration,” she said.