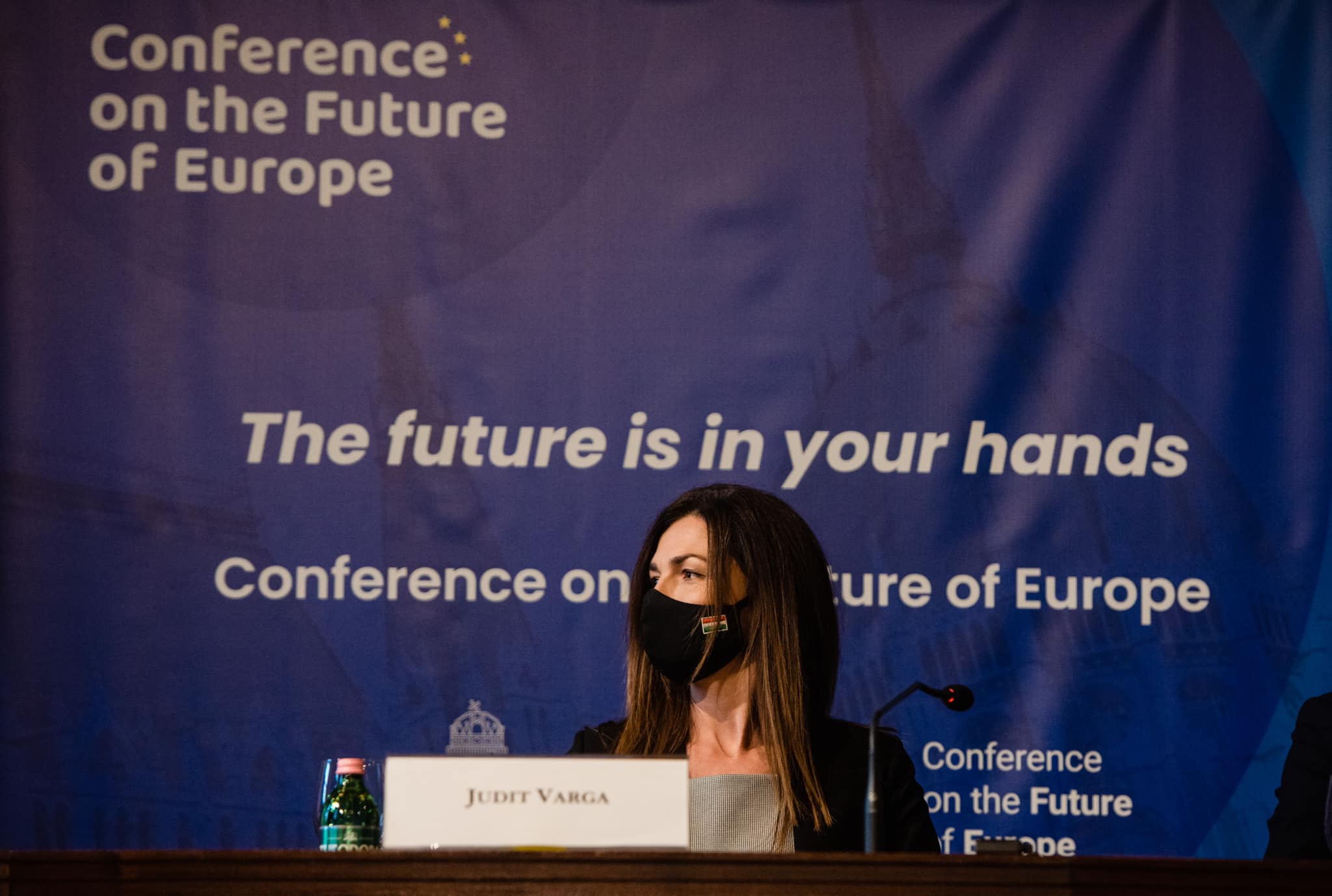 The key to the future of Europe is the enlargement of the European Union and it must be understood that the Western Balkans are “a member of the European family” in terms of geography, history and economy, Justice Minister Judit Varga said on Monday.

Varga told the international forum “Dialogue on the Future of Europe: Is enlargement a key to the future?” that Brussels should stop practices that result in the alienation of member states.

“The time has come for welcoming new countries in our community and build a stronger EU based on stronger nations,” she told the conference organised by the foreign ministry and the Ferenc Mádl Institute of Comparative Law.

She called for starting accession talks with Albania and North Macedonia without delay and consultations with Serbia and Montenegro before the end of the year.

Olivér Várhelyi, the EU Commissioner for Neighbourhood and Enlargement, said enlargement was the “EU’s strategic response to its own development”, adding that good relations with its neighbours were key to the EU’s future.

The “European perspective” is an engine of consolidation in the region and contributes to more resilient countries and economic and social welfare, he said.

“The EU can only become stronger if it fully integrates the Western Balkans… It was key that the new European Commission has declared enlargement a priority to break the impasse,” he said.

The EU has also developed an economic development plan which will pump 30 billion euros of funding into region. The flagship projects will be in energy industry, transport, green energy resources and broadband networks, the commissioner said. The EU has also provided 3.3 billion doses of coronavirus vaccines to the Western Balkans, he added.