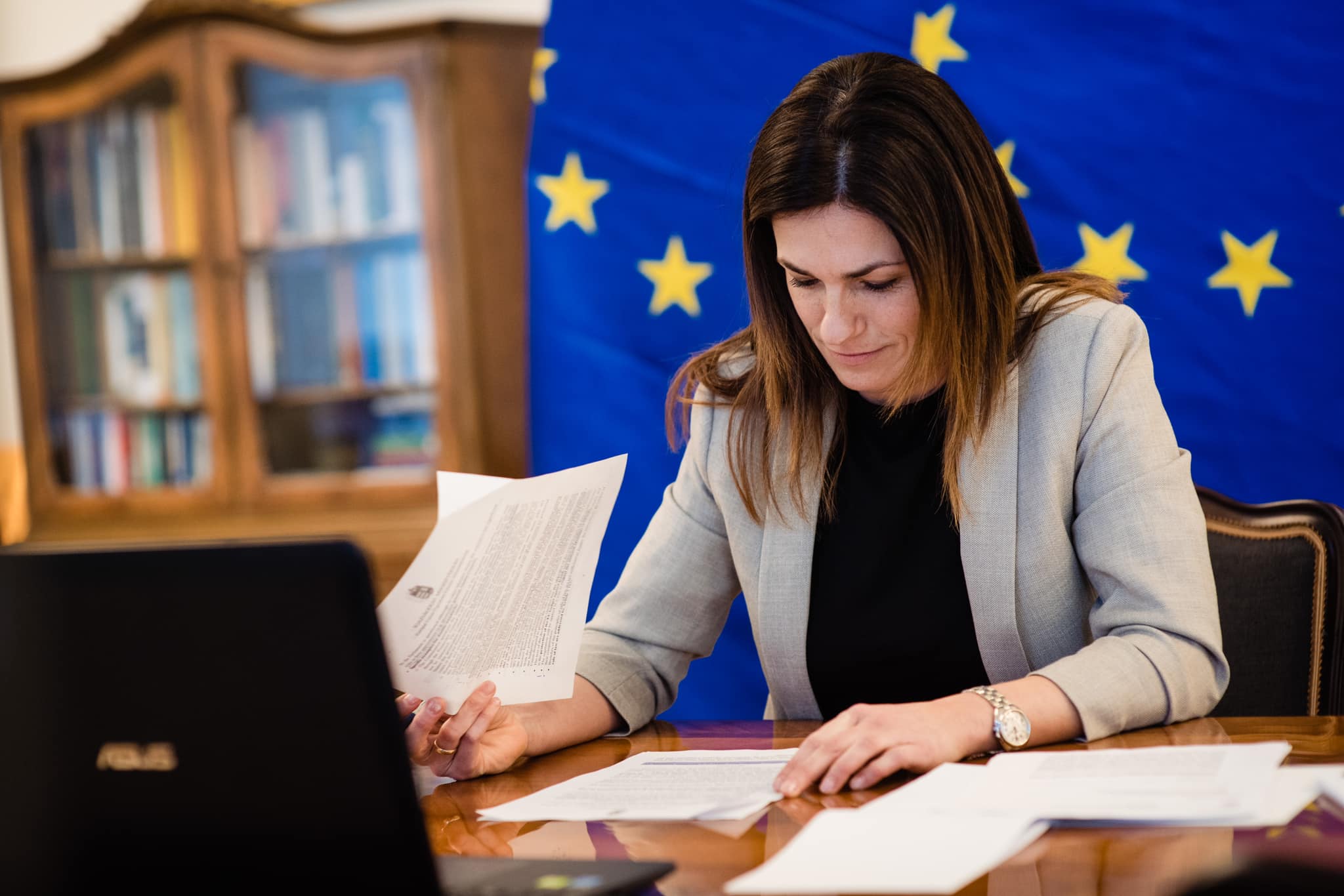 Justice Minister Judit Varga on Thursday briefed the heads of missions of European Union member states in Hungary on the government’s stance on the most important EU issues.

In a bilingual Facebook post, Varga said “one of the most important tasks of the ministry will be the organisation of the 2024 EU Presidency, preparations for which have already started.”

Varga and State Secretary János Bóka also talked about Monday’s European Council meeting, where the EU’s future and the Article 7 procedure were discussed, she said.

Regarding the bloc’s future, “I underlined that it is worrying how the European Parliament is trying to achieve its ideological goals by disguising them as citizens’ recommendations,” the minister said. At the same time, “Hungarians have said no to pressure and the stealthy transfer of powers, we will therefore take the initiative to change the Treaties,” she said.

Minister Varga said she was in Luxembourg "to repel all unfounded attacks and protect the honour of our country".Continue reading

“As for the Article 7 procedure, our position remains unchanged: although we are always open to constructive debate, our community has more important tasks in the current challenging times,” Varga said.

Hungary, a promoter of European dialogue, will remain in contact with the diplomats working here, and “remain at their disposal”, the minister said.

“Hungary will keep fighting for a strong Europe based on strong nations,” she added.