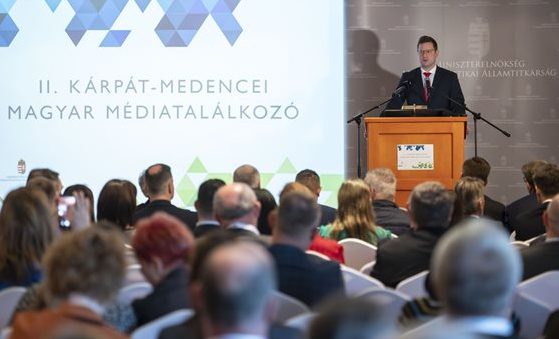 The Hungarian nation is united, and we must look at what serves common national goals, said the Minister heading the Prime Minister’s Office, Gergely Gulyás at the 2nd Carpathian Basin Hungarian Media Meeting in Visegrád on Saturday.

The minister called the creation of national unity the most important achievement of the government in the past 12 years, in which, according to him, Hungarian-language media beyond Hungary’s borders played an outstanding role. Without them, these results could not have been achieved, Gulyás Gergely stressed.
The Minister also referred to the exceptional situation of the Hungarian population in Transcarpathia in the war situation. He stressed that special thanks are due to those who are doing a lot to ensure that the Hungarian-language mass media in Transcarpathia are preserved even in these difficult times.
Referring to the removal of the historic statue of the Turul bird in Mukachevo, he said that the Ukrainian state, despite the fact that Hungary is carrying out the largest humanitarian action in its history, does not appreciate it in its entirety. The minister continued to call the action against the Hungarian minority unacceptable.
Speaking about the future prospects, Gergely Gulyás stressed that since the media must be operated on a fundamentally economic basis, it is impossible to ignore the changes that have taken place in consumer habits. Measurements show that, since the Covid epidemic, online media have become more important than television, not only in Hungary but also, in all likelihood, in other countries.
In terms of news consumers, more than 50 percent of people get their information from online platforms, around 40 percent get their information from television, while the rest get it from print media. This does not change the fact that the printed press has value that needs to be preserved, but its importance, for example in determining political opinion, has become extremely limited, he said.
There is also a need for appreciation of the journalistic achievements of individuals working in newsrooms. It should not happen that someone who has worked actively and well is thrown out of a job for lack of any kind of support,” Gulyás said.
János Árpád Potápi, Minister of State for National Policy of the Prime Minister’s Office, said that the meetings of the Hungarian Diaspora Council and the Hungarian Permanent Conference will be held next week. This will provide an opportunity to take stock and set goals for the next period, he said.
Speaking about the results of national policy, he stressed that the communities abroad had been strengthened. 1 million 150 thousand Hungarians abroad took the oath of citizenship, thanks to which more than 318 thousand Hungarians abroad voted in the previous elections, and 94 per cent of them supported the current government.
“The Carpathian Basin and the diaspora have been rebuilt”, with 5,400 government investments made abroad. They have created a unified Carpathian-Basin space in education, providing support from crèches to higher education. The amount of this will increase next year, but children in Transcarpathia will already have access to the increased support this year, he said.
The “Without Borders!” program, which has already helped half a million students from mainland Ukraine, has also been relaunched. 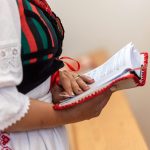