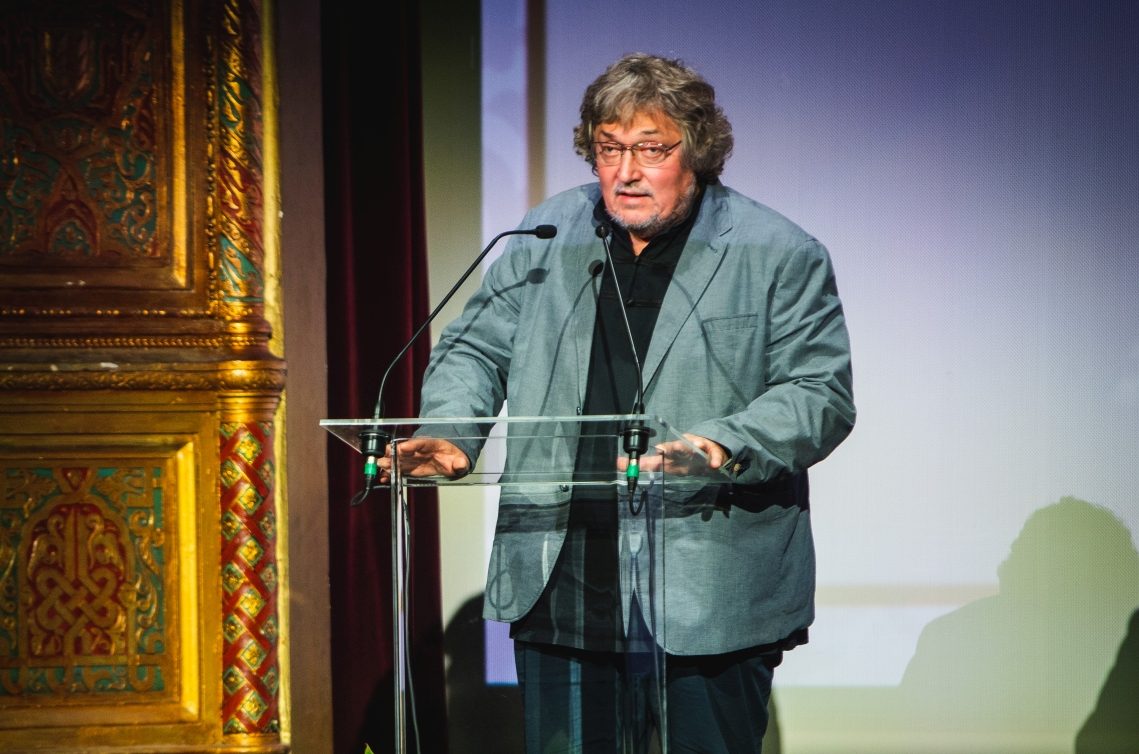 A fresh dispute has erupted between some students of the Budapest University of Theatre and Film Arts (SZFE) and its leader, Attila Vidnyánszky.

On November 15, Vidnyánszky had stated during a public meeting that “for some time now, I have seen exactly how the SZFE is the conscious central base of the system that liberals have built for themselves. They are creating reinforcements, just look at the participants in the protests, where the theater and film professions are at the forefront. The hysteria was because we had captured one of their last bases (…) Those who come out of here will now represent a different tone and a different backbone (…) Re-tuning students is not an easy thing.”

Unsurprisingly Vidnyánszky’s, Chairman of the Board of Trustees of the Theatre and Film Foundation, rather ambiguous statements about “re-tuning” students, or essentially turning a bastion of liberalism into something else, have drawn criticism from activist student groups at the SZFE. In their reply they rejected what they called a “stigmatization of art students on political grounds”. They wrote that

We are not, and will not be part of any ‘re-tuning’, and as for the ‘other backbone’, among us, everyone works from their own backbone, as most of the students of the institution have done over the last 157 years.

We also send a message to the profession and to the public that by enrolling in the SFE we have not chosen an ideological camp”.

The same way as Vidnyánszky’s “we had captured one of their last bases” statement, eyebrows will be raised over the students’ claim, according to which “we are a community free of ideology and party politics, where there is a place for everyone who wants to work in film or theater”. In fact both they, and their opponents have unequivocally manifested in the past that the dispute, the strike action and the protests have possessed features of ideological and party political partisanship. 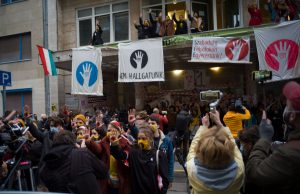 Nevertheless, Attila Vidnyánszky had decided that he should have the last word in the current dispute and went on explaining his earlier remarks in an open letter to the students. In this he remarked that the fact that students have felt confident enough to write their open letter following the “change of model”, that is him taking over the leadership at the institution, is a sign that the SZFE is on the right track in developing a university with a free atmosphere, where all can express their opinions without anxiety.

However, he adds, the current action should make us all wonder: why were there no such strong protests before? Why have we not heard of signatures, petitions and protests against an institution that Árpád Schilling, who has repeatedly criticized the change of model, described as “sin embedded in its walls”, or which Viktor Bodó, who has also been critical of the transformation, has previously compared to a brothel?

The University of Theatre and Film Arts (SZFE) in Budapest has been the subject of debate ever since its model change in August, when its faculty and staff stepped down in protest of the government appointed board of trustees. While the current administration promises a new and improved SZFE, many students, supporters of the FreeSZFE […]Continue reading

The fact that no similar documents had been produced before the model change gives us two answers writes the Chairman:

either the old SZFE was afraid or there was a group-think, both of which are frightening.

He claimed that a re-tuning is in fact necessary, because the last thirty to seventy years have not brought us up to do this. “In the theater, at the university, I strive for what has long been absent in this country, and from which more and more Western forums suffer: the spirit of real freedom, wrote Vidnyánszky.

He also added that the openness brought about by the change of model means only this:

we want to be present our distinctively Hungarian, Judeo-Christian worldview.

Despite the vain attempts to accuse this intention of exclusiveness by those who have been complicit in homogeneous thinking for decades, we do not want to supplant other views, but only to be present, wrote the Chairman of the Board of Trustees of the Theater and Film Foundation. 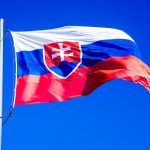