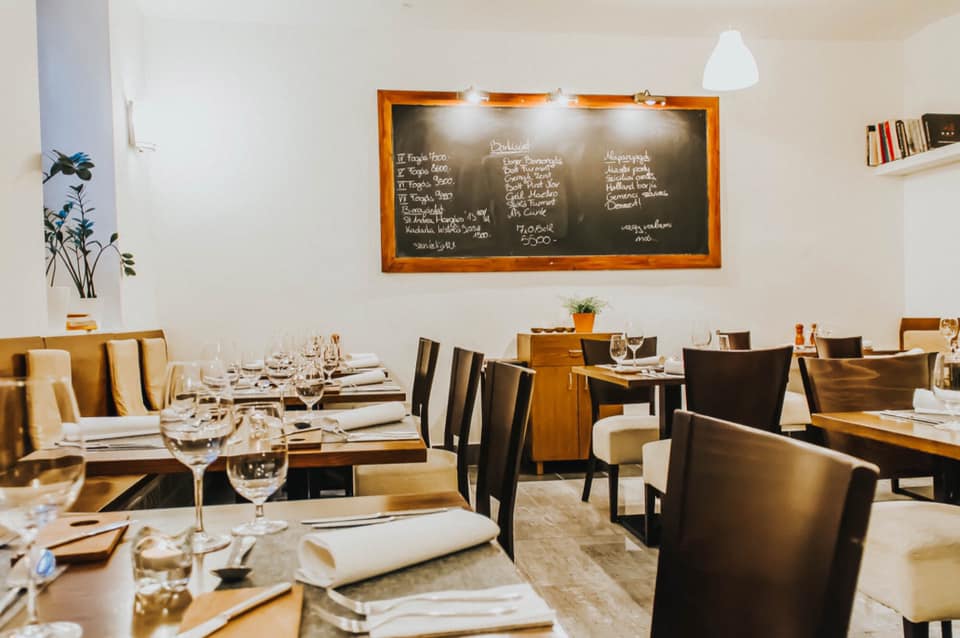 Uncertainty due to the coronavirus and accompanying hospitality-related difficulties have definitely left their mark on the Hungarian hospitality industry. Olimpia, Csalogány 26, and Fricska were among the Hungarian capital’s best and most iconic restaurants, but recently all three announced they will close and call it a day.

The famed gastropub didn’t open at all in 2021, and in early December they announced that this would remain so permanently.

One of the restaurant’s owners and its head-chef didn’t blame the shut-down on economic reasons. According to Szabolcs Nagy, there were owners who reportedly failed to find an agreement on the reopening, which eventually led to the closure. The two chefs will reportedly continue in the Istvándy Estate in the Balaton Uplands.

Olimpia was on several experts’ lists as one of the best restaurants available of high quality with a very reasonable pricing. The small place, regularly recommended by the Michelin guide itself, was similar to several French restaurants without a permanent menu, with meals basically depending on the chefs’ daily shopping and mood.

The restaurant announced their closure in early December due to uncertainty of the future and the sector’s other issues not related to the coronavirus.

In a lengthy double interview with Olimpia’s two chefs, Csaba Ádám (who led the restaurant for the last 8.5 years), said that the reasons of the closure are not predominantly economic ones. Rather, he blamed the move on employment shortage and difficulties in sustainability of the restaurant. Previously, he had also said that uncertainty in terms of restrictions also played a part. Interestingly or sadly enough, Ádám said he was seriously considering leaving hospitality behind altogether.

Olimpia’s other chef, Lajos Takács (who led it for five years since the opening) mentioned the lack of availability of quality raw materials and their providers, and said that the likes of Olimpia could effectively and profitably work with sister restaurants- something which Olimpia lacked. As a matter of fact, he left restaurants behind and now works as a baker.

Csalogány 26, one of the pioneers of Hungarian fine-dining also regularly recommended by the Michelin guide, was the latest one to come out with a sad announcement.

Like Olimpia, the restaurant in Buda was known for their reasonable pricing with high quality dishes. Csalogány 26 was reportedly having difficulties with finding its place in the hospitality scene, which recently resulted in them only opening for lunch. In any case, the leadership is yet to reveal the exact reason behind the decision, but owner Balázs Pethő would however, reportedly open a country-side restaurant in Csákberény.