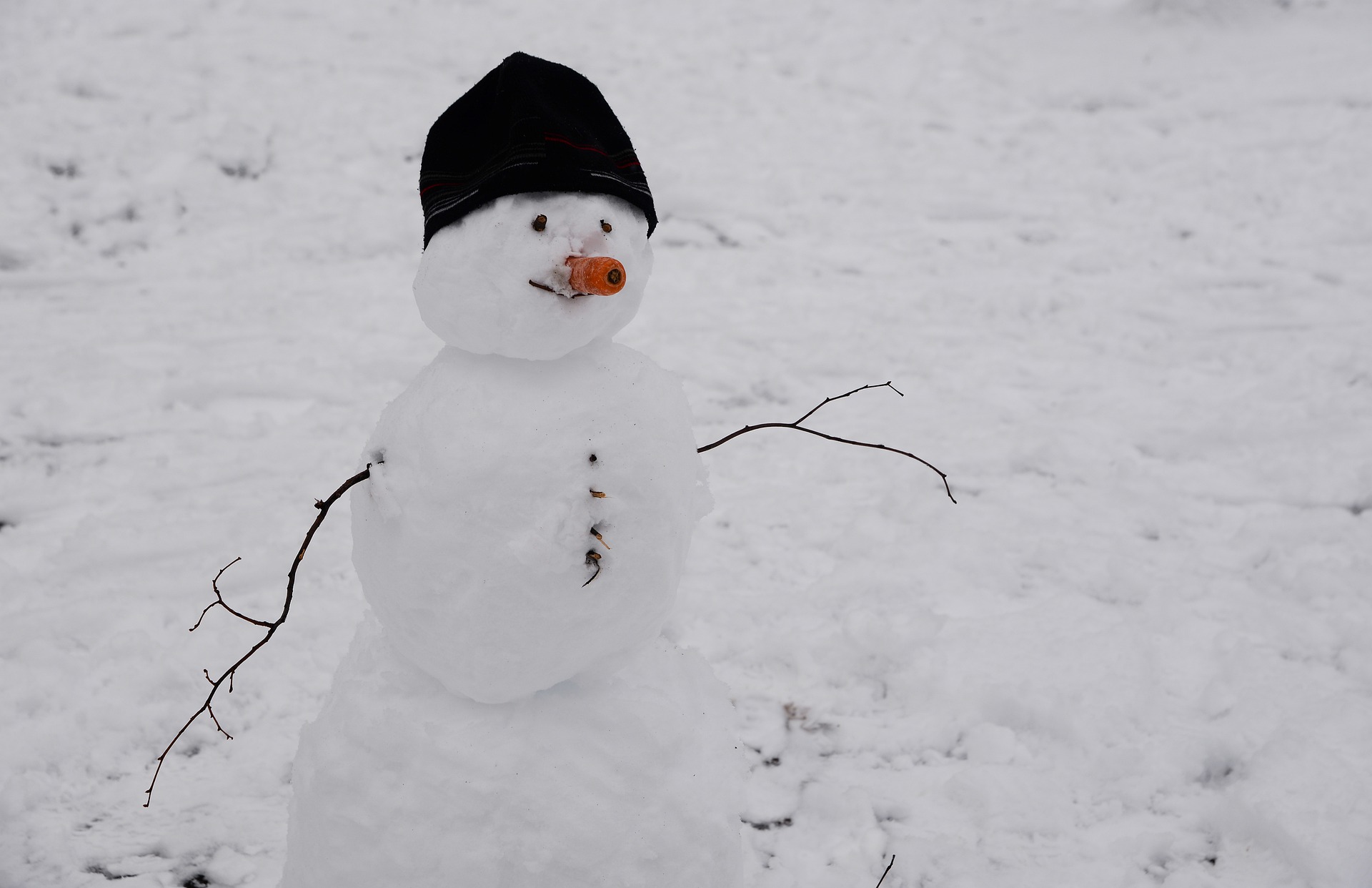 Although there is often scarcely enough snow to build long-lasting snowmen, there have been years in which it was easy to do so. The inventiveness of Hungarians is proven by the fact that not only classic snowmen, but also snow sculptures were built throughout the course of our history. Naturally, these could not be saved for eternity either, but thanks to Fortepan we can still admire them in the form of photos. The oldest one is from the early 20th century, from 1906 to be exact. With the help of the Fortepan photo collection, we’ve composed a nice album for you.

1906. The k.u.k. army (the land army of the Austro-Hungarian monarchy from 1867 to 1918) is stationed somewhere in Italy. In Brunbeck there is always enough “building material,” as there are high mountains in the region. The k.u.k. army also took advantage of this. This snowman was built by members of the k.u.k. in 1906. The “snow statue” shows King Viktor Emanuel III. of Italy. Photo: Fortepan/Austrian National Library, Italy (Brunico) 1906. 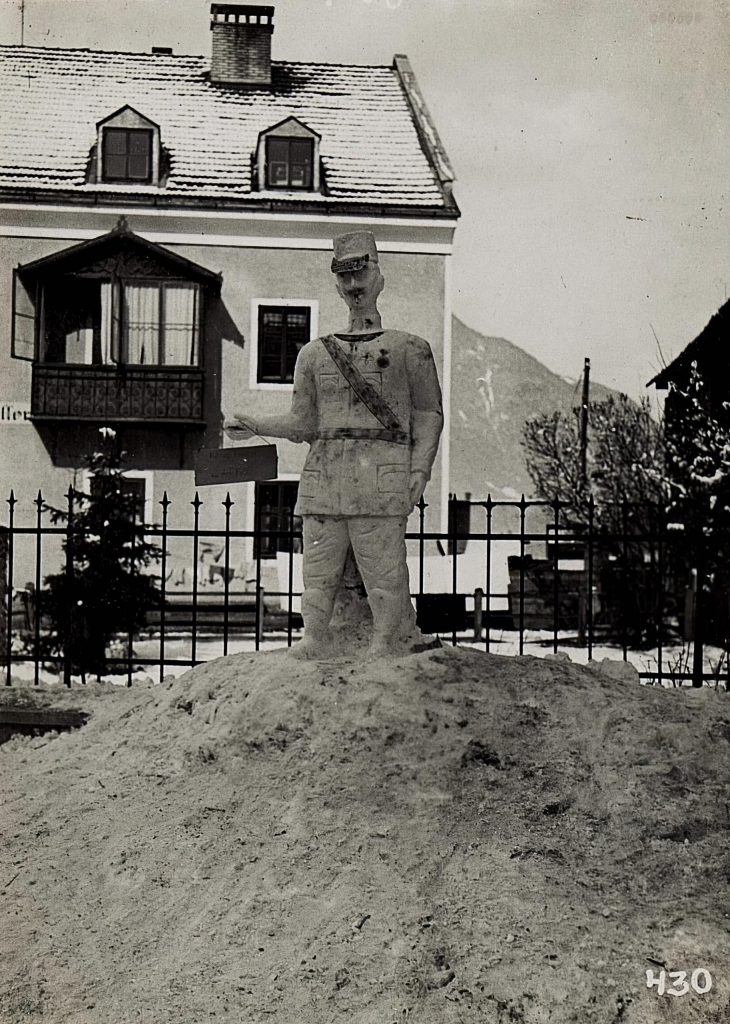 What do you think? Does the snowman look like the king? 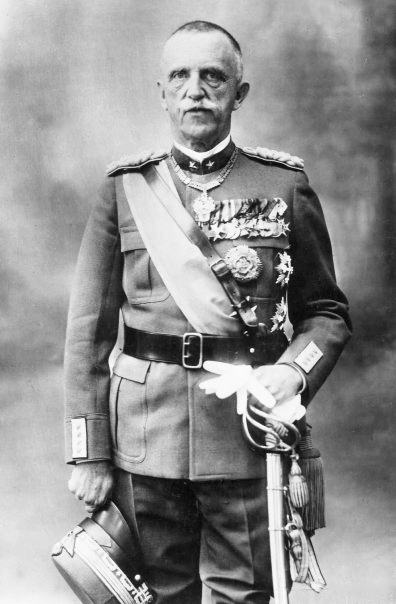 In the second image, we jump forward in time just a little bit, still in the early 20th century (in 1923). We can admire the snowmen of little schoolchildren who apparently didn’t have a problem with the amount of snow. Judging by the outfit, it had to be a warm day, which was not very good for the giant. Photo: Fortepan / Ádám Bősze 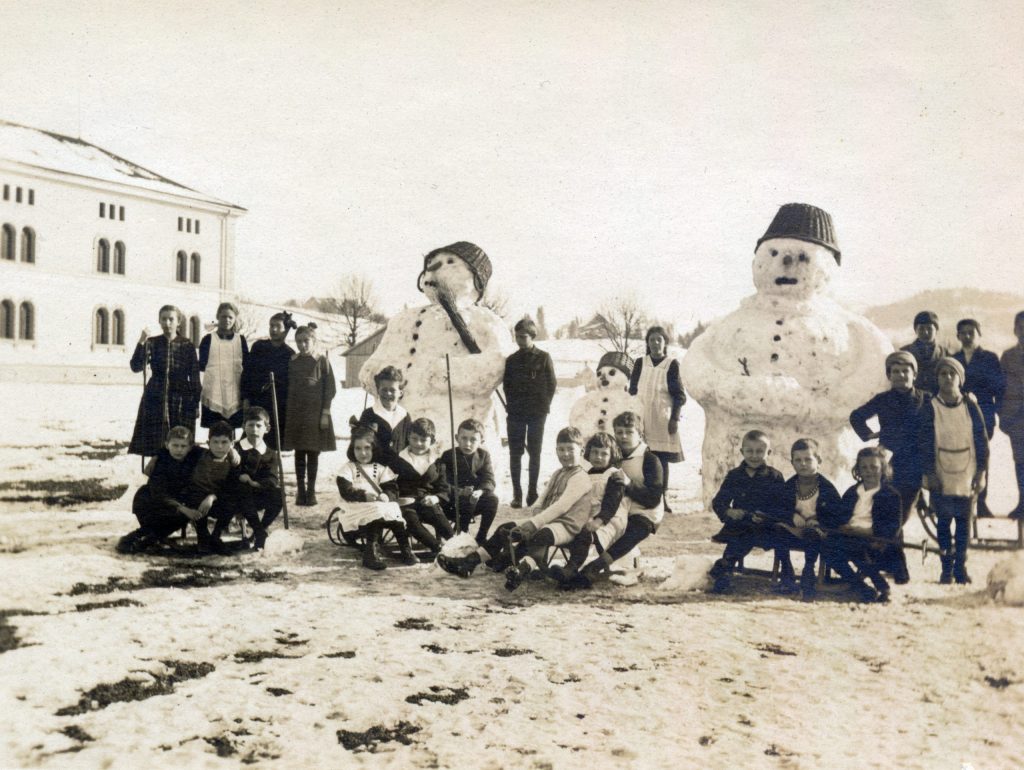 1932. Again an exciting picture, because the builders of the snowman are posing in shorts here as well, despite the winter cold. Perhaps the picture was taken after a New Year’s Eve filled with intoxication? 😉 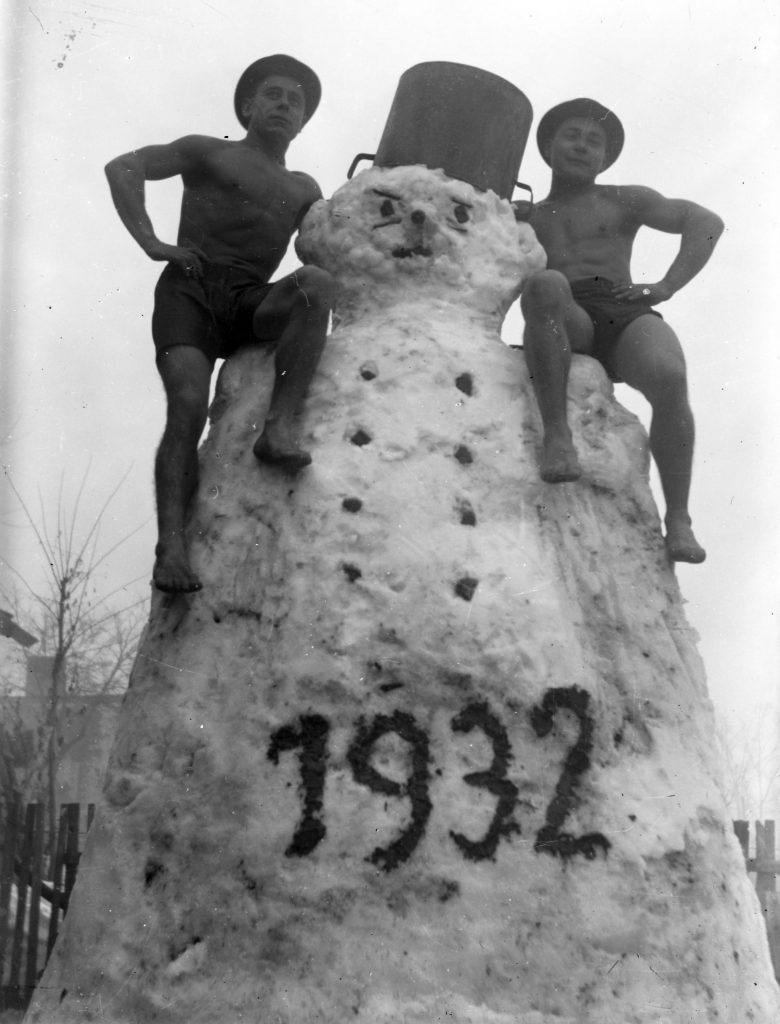 A lot of snow had to fall in Hungary in 1941, otherwise it would not have been possible to build such a big snowman. The necklace is very apt, as if made from the classic paper cubes known in elementary schools in Hungary, used for solving math problems. (Photo: Fortepan / Anna Kőszegi) 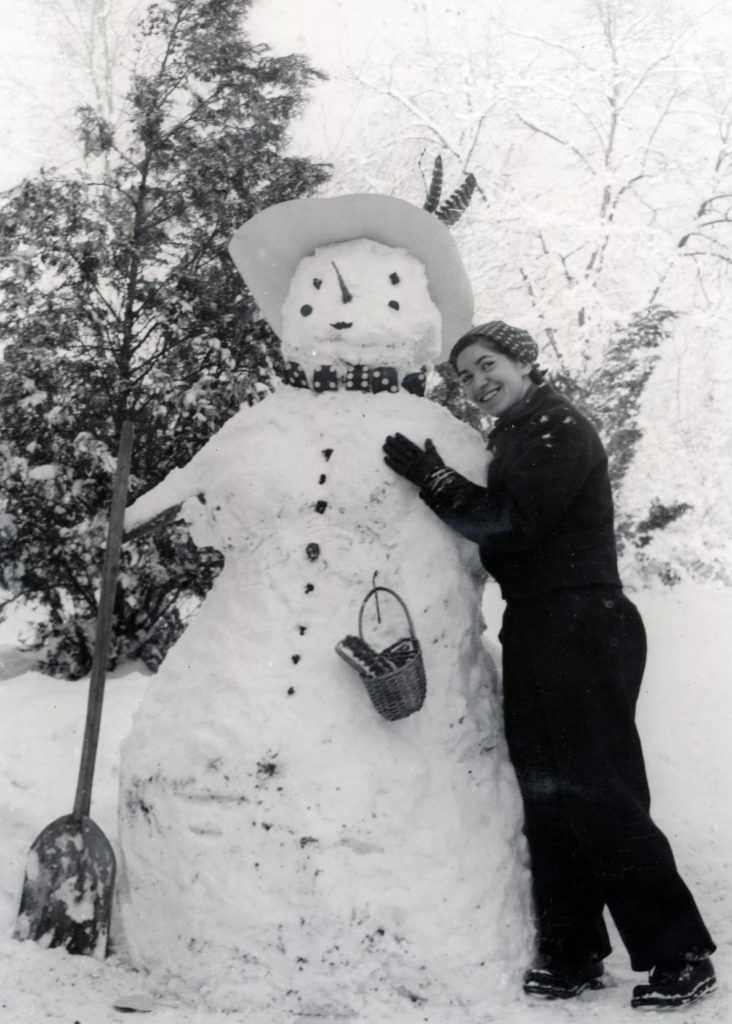 And even though I do not know where this picture was taken, I imagine Budapest’s city center, where you could still collect enough snow in the courtyard of the apartment building to build this snowman. 🙂

Related article
Hard to Enjoy Winter? These Photos Will Prove You Wrong! 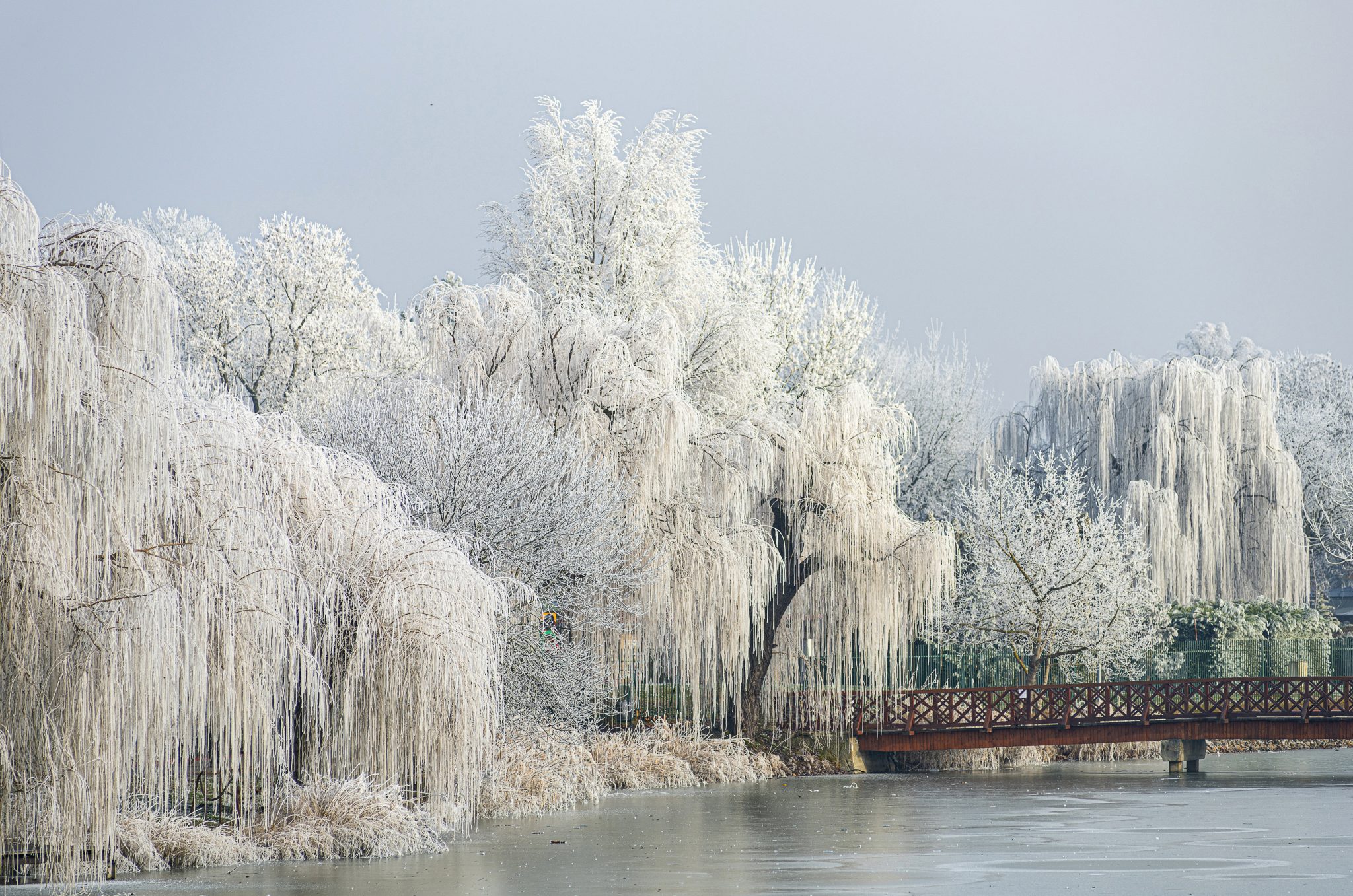 Over the course of the last couple of weeks, the weather has gotten colder, and in some parts of the country, it even snowed, providing striking views, and postcard-like photos, offering plenty of splendid moments for winter fun-lovers to enjoy. There are still a lot of programs to enjoy in the low temperatures. If you […]Continue reading 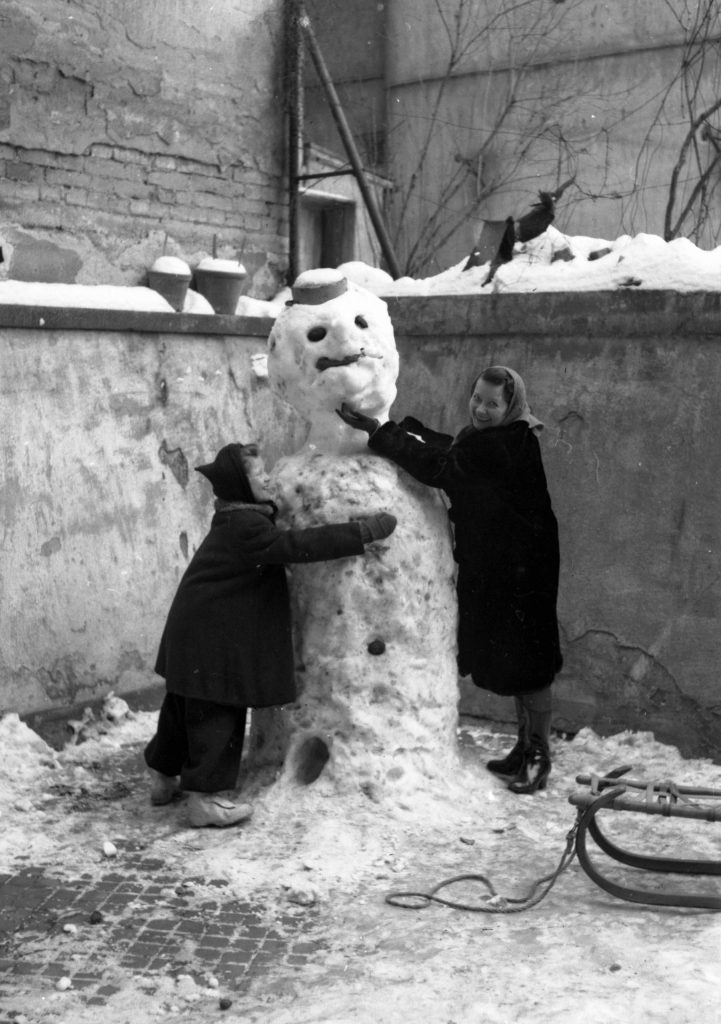 And if it’s snowing, then off to the Mátra! The highest elevation is the Kékes with 1,015 meters and is also the highest mountain in Hungary! If you want to see a real winter wonderland, you have to come here. There are already (in 2021) several ski slopes, great sled runs, and if you don’t want to slide, you can even build a snowman during heavy snowfall. Like this family did in 1960. 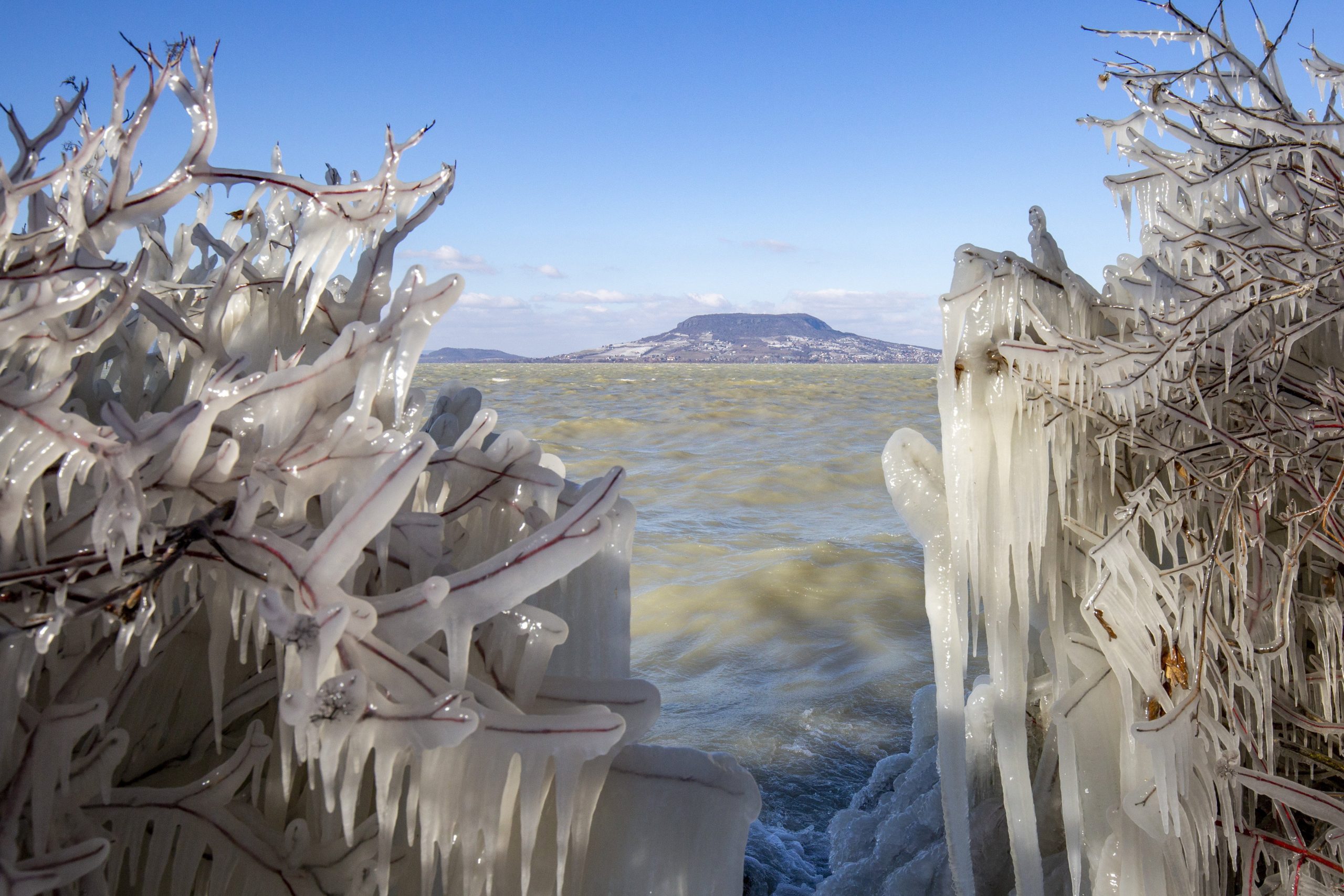 Last week it was reported in Hungary that the country reached an all-time low temperature, plummeting to negative 35.5 degrees Celsius. Even though this was an extreme case and was only measured in the Bükk Plateau, negative 10 degrees was the average temperature throughout the country. However, unfortunately or fortunately, this will have come to […]Continue reading 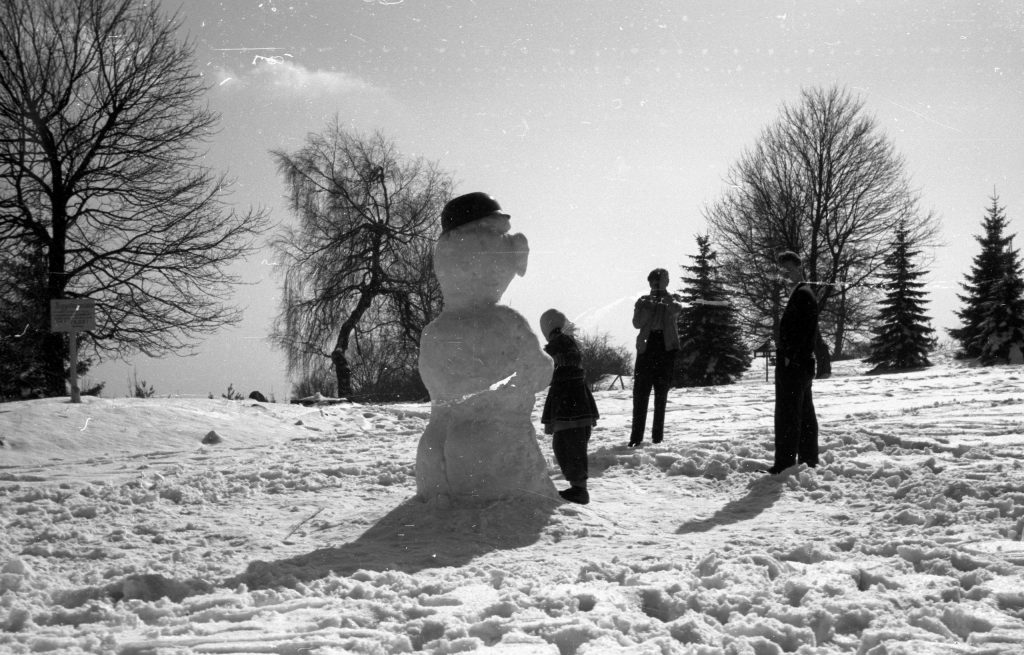 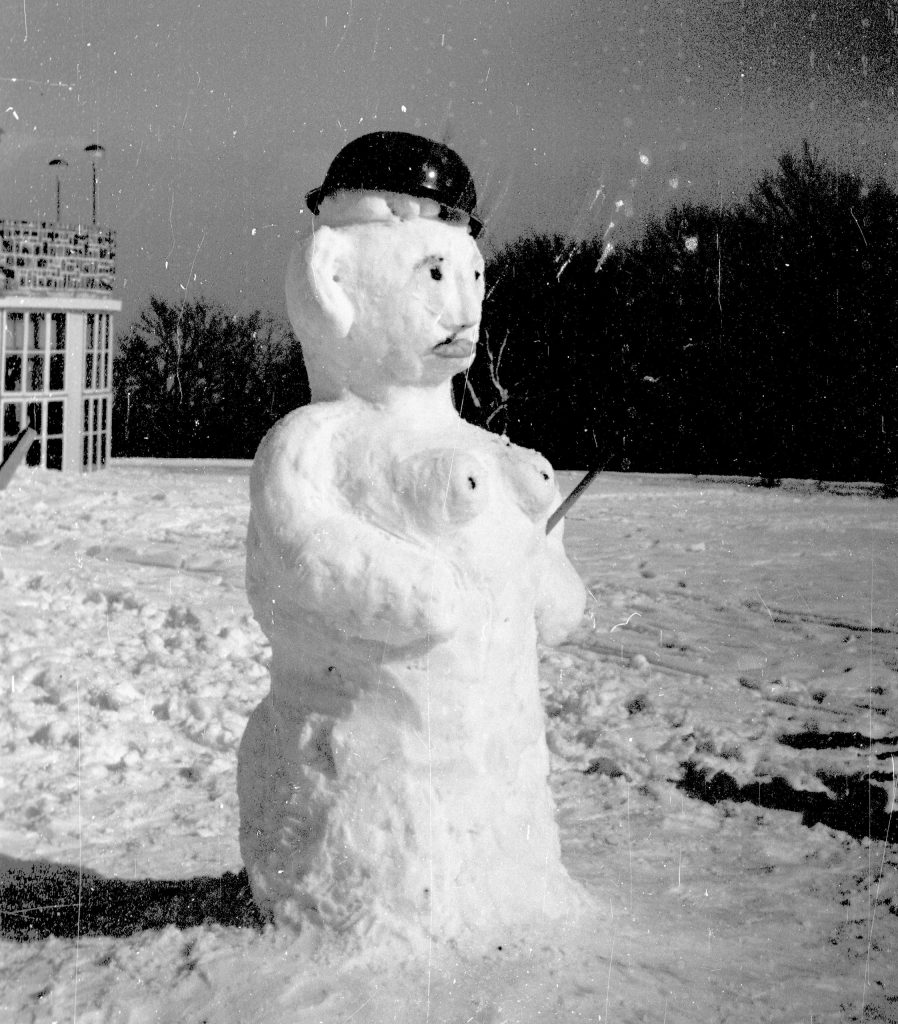 ….. snowman only for adults! 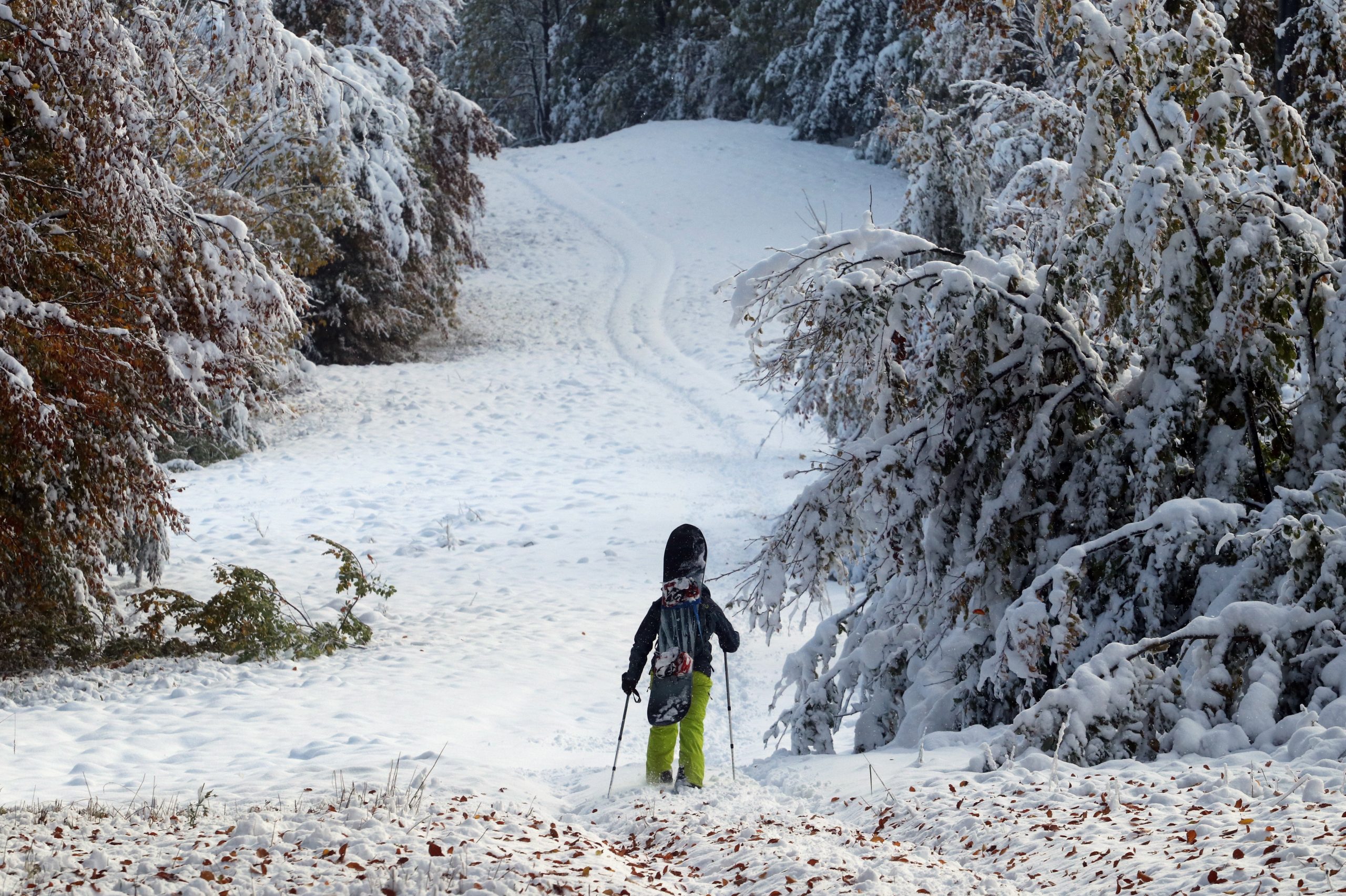 The snowfall started on Wednesday and continued throughout the night. 30 centimeters of snow already accumulated in Bánkút, too.Continue reading 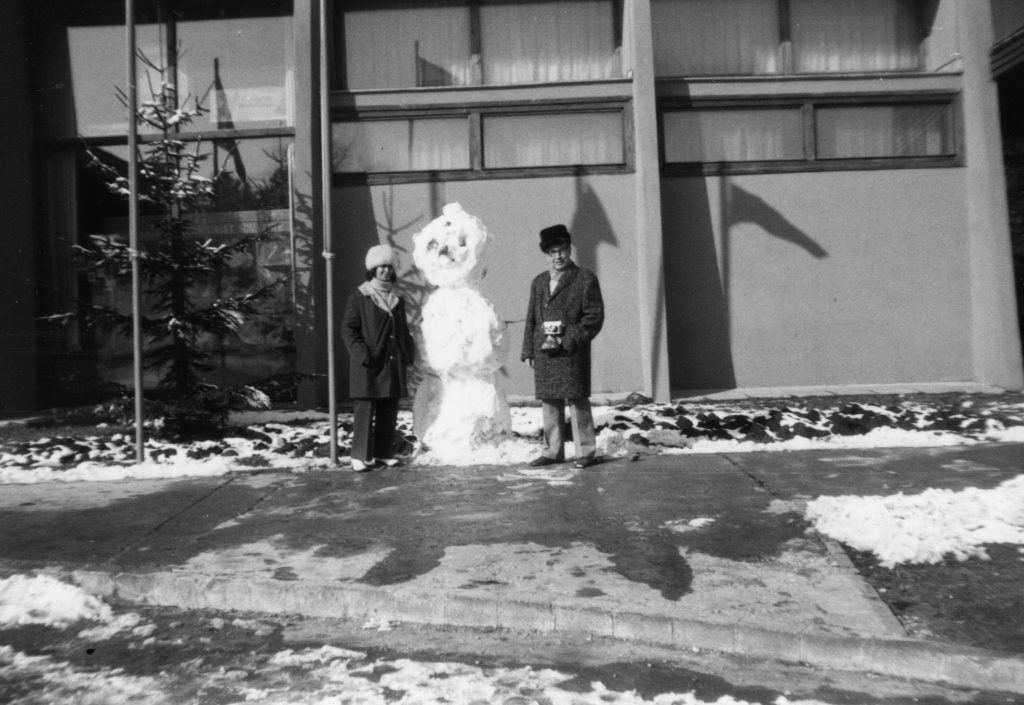 And so that the concept of “snowman” is not dominated only by men, someone also thought about women. In fact, the picture is probably of a “snowman couple.” The lady is wearing a classic scarf that was fashionable in Hungary before the fall of communism, especially in the countryside. 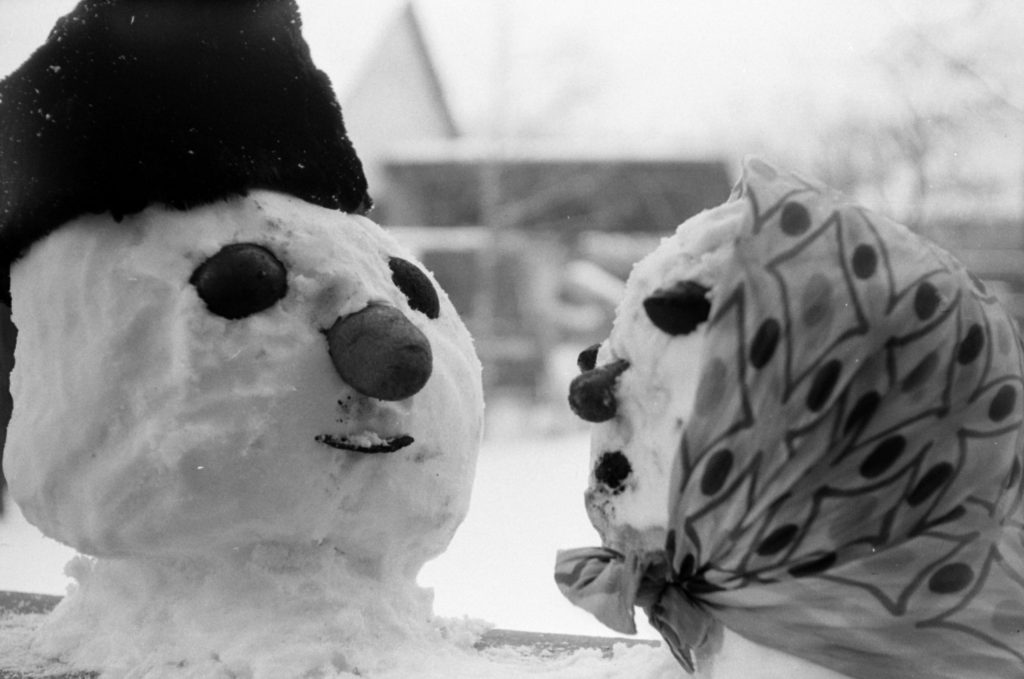 This snowman is very nice, but looks a bit sad. Maybe it was too warm in 1969? 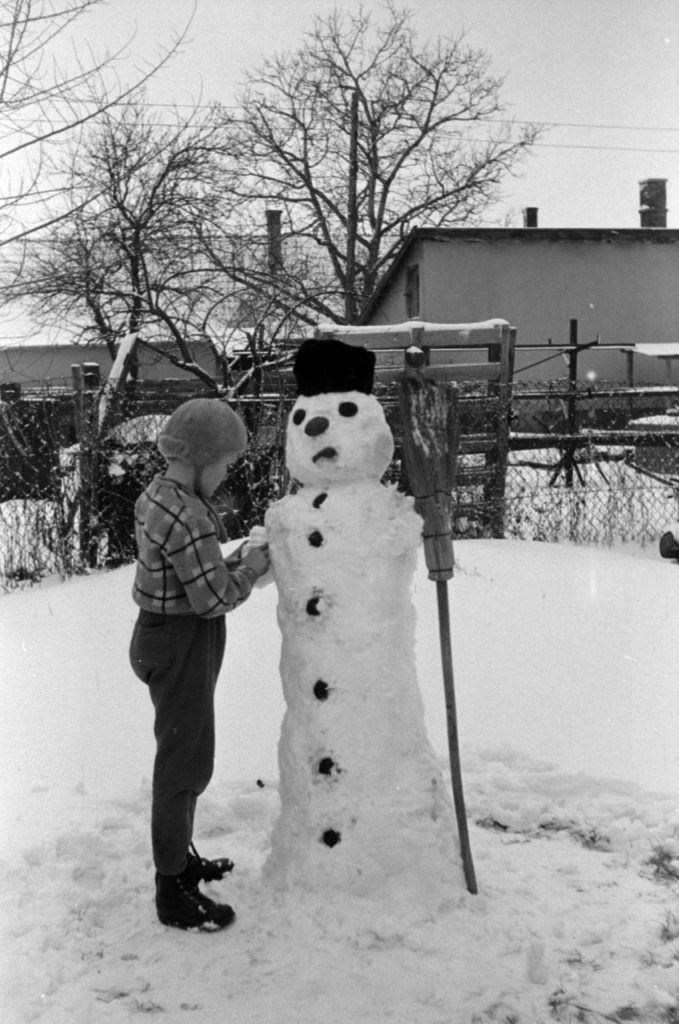 Cute! Here are also classic Hungarian items, the broom, tin pot and coal knobs are indispensable accessories for the construction of a snowman. 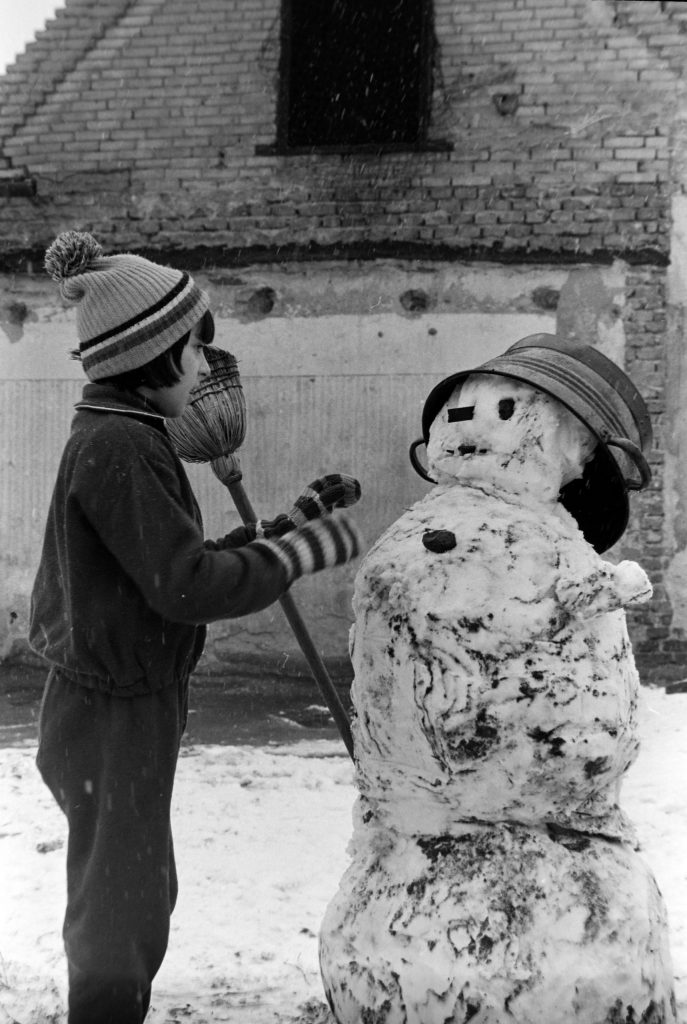 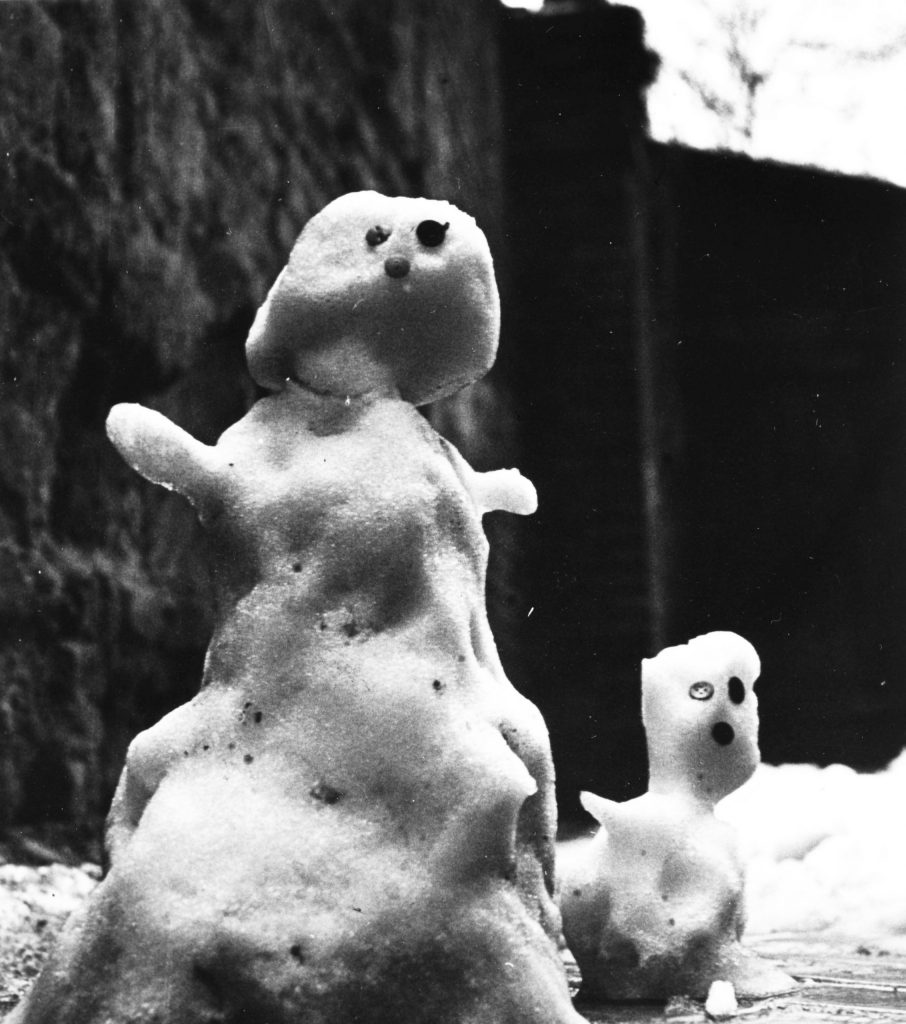 Our last snowman was from 1988, with striking blue eyes and a cap that resembles a fur hat. This was also very fashionable in Hungary in the eighties. 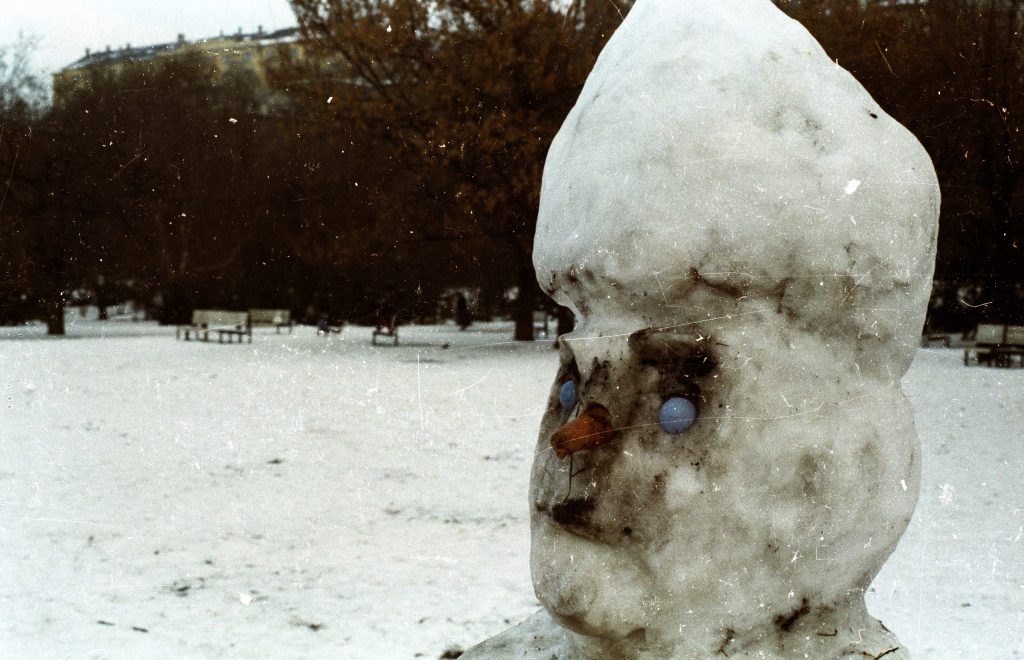 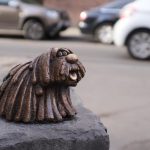 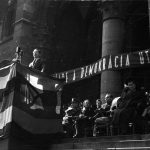