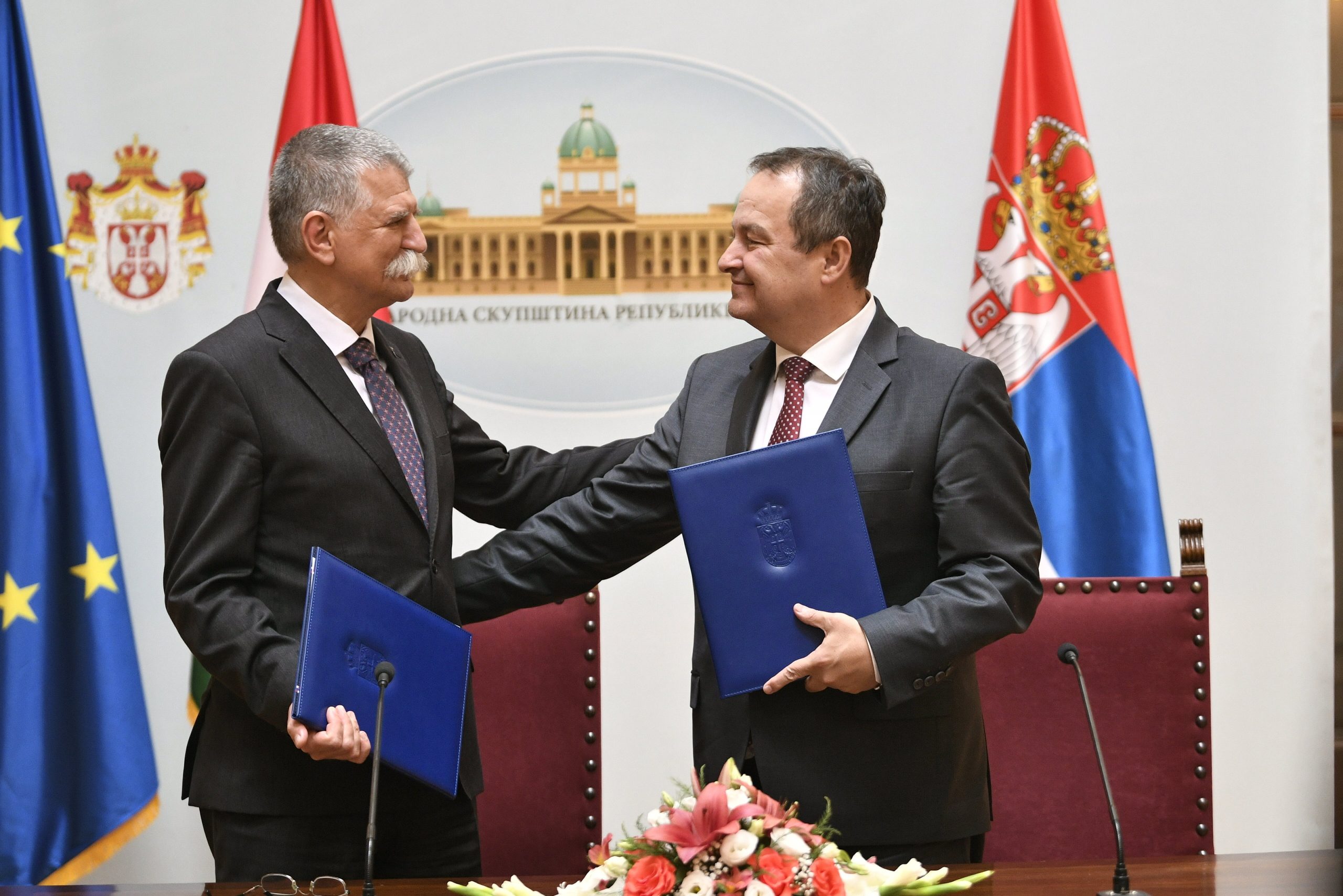 Excellent relations between Hungary and Serbia are based not only on feelings of friendship but on mutual interests covering the economy, too, Hungarian House Speaker László Kövér said after talks with Serbian counterpart Ivica Dačić on Monday.

The two speakers signed a framework agreement on inter-parliamentary partnership to promote cooperation between the two national assemblies and pave the way for an agreement on strategic inter-governmental cooperation, which is expected to be signed in the Hungarian-Serbian government summit set to be held in Budapest this autumn.

Kövér praised “remarkable progress made over the past decade in historic reconciliation and respect for our national communities.” Hungary and Serbia, he said, were developing solutions for the civilized, European-styled resolution of national minority issues that, he added, may serve as an example for others, too.

Kövér said the two countries had shown true solidarity during the pandemic. He also praised “novel and brave policies applied by the two governments in their inoculation programs.”

He noted that two-way trade amounting to 2.7 billion euros had increased even during the crisis.

Kövér called Serbia’s soonest possible full membership in the European Union a strategic interest for Hungary and Europe as a whole.

“The main obstacle to Serbia’s accession is that this position is still not shared by everyone in Brussels,” he said.

The speaker confirmed that Hungary would continue to advocate for the soonest possible EU admission of Serbia and other western Balkans “with constancy and consistency”.

“Central Europe, broadly described as stretching from the Baltics to the Balkans, is a reserve for a livable Europe … which we Serbians and Hungarians and others should be proud of,” he said.

Speaker of Parliament László Kövér said that V4 countries will have a better chance of asserting their interests if they coordinate their positions on the future of Europe and disclose them as a group.Continue reading

Earlier on Monday, Kövér met Prime Minister Ana Brnabić. On Tuesday, he is scheduled to have talks with President Aleksandar Vučić.

In the featured photo, László Kövér, House Speaker of the Hungarian National Assembly, and his Serbian counterpart Ivica Dačić, after signing their agreement in Belgrade. Featured photo by Zsolt Szigetváry/MTI