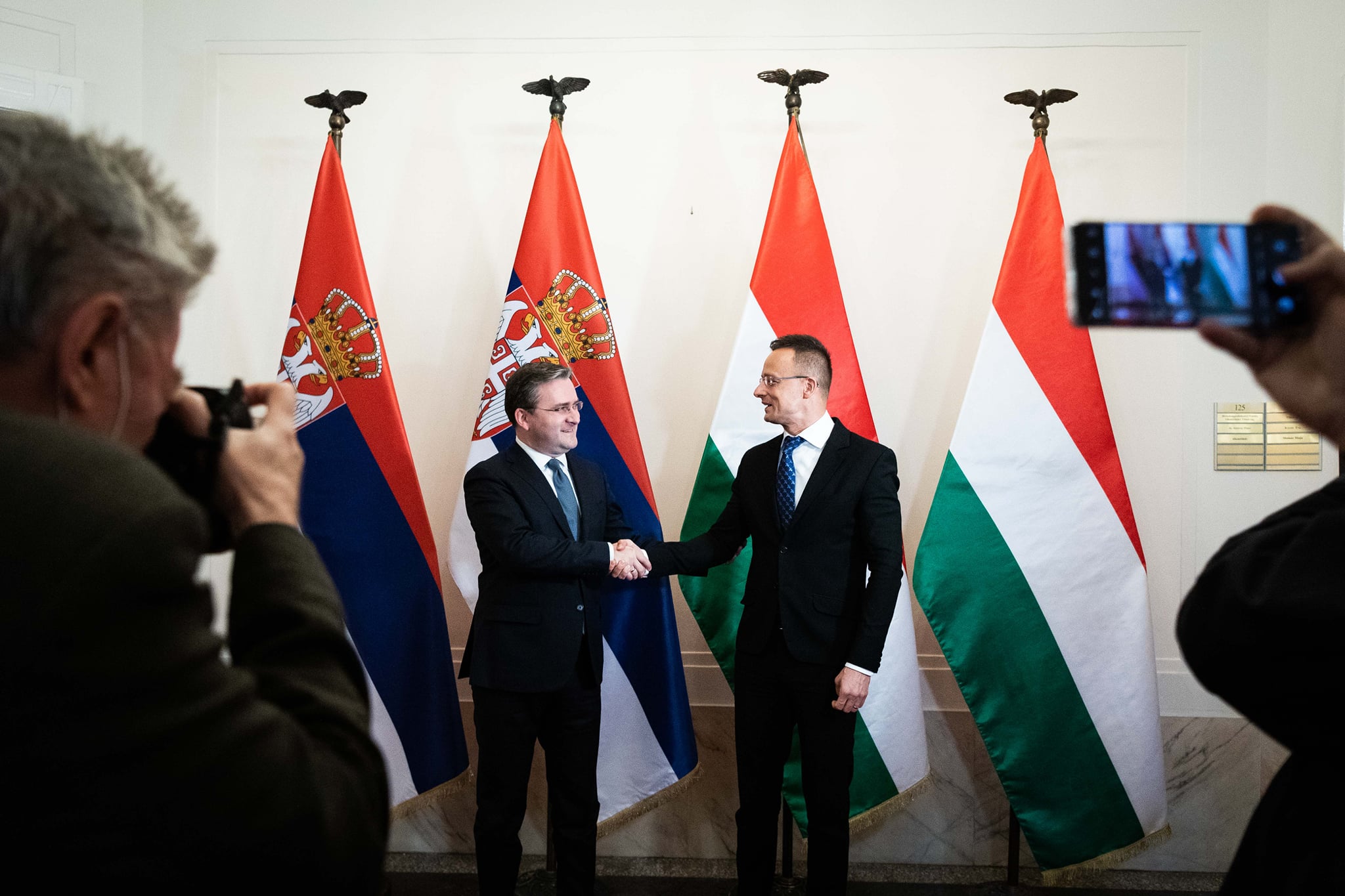 Hungary and Serbia will simplify border crossing for persons respecting regulations but they will continue to act together against those that intend to cross the border illegally, Foreign Minister Péter Szijjártó said on Thursday.

The minister told a joint press conference with Serbian counterpart Nikola Selakovic that the two countries were fighting together against migration, all the more so because the Western Balkan route is getting full again. He added that daily 30,000-35,000 people were leaving Afghanistan and Hungary had so far registered 100,000 illegal border crossing attempts this year.

With the European Union being under migratory pressure from three directions, some two hundred Hungarian police officers have been participating in the protection of Serbia’s southern border this year in an effort to stop the wave of migrants as far away as possible.

A new border crossing will be permanently opened at Kübekháza next year, to simplify transport between Hungary and Serbia, he said.

Szijjártó welcomed that a legally binding building permit had been issued for the Hungarian stretch of the Budapest-Belgrade railway line and the results of the public procurement for the Budapest stretch are to be announced in the near future. He added that the Hungarian stretch was scheduled to be completed by 2025 and works on the Szeged-Szabadka (Subotica) link were planned to be completed by the end of 2022. 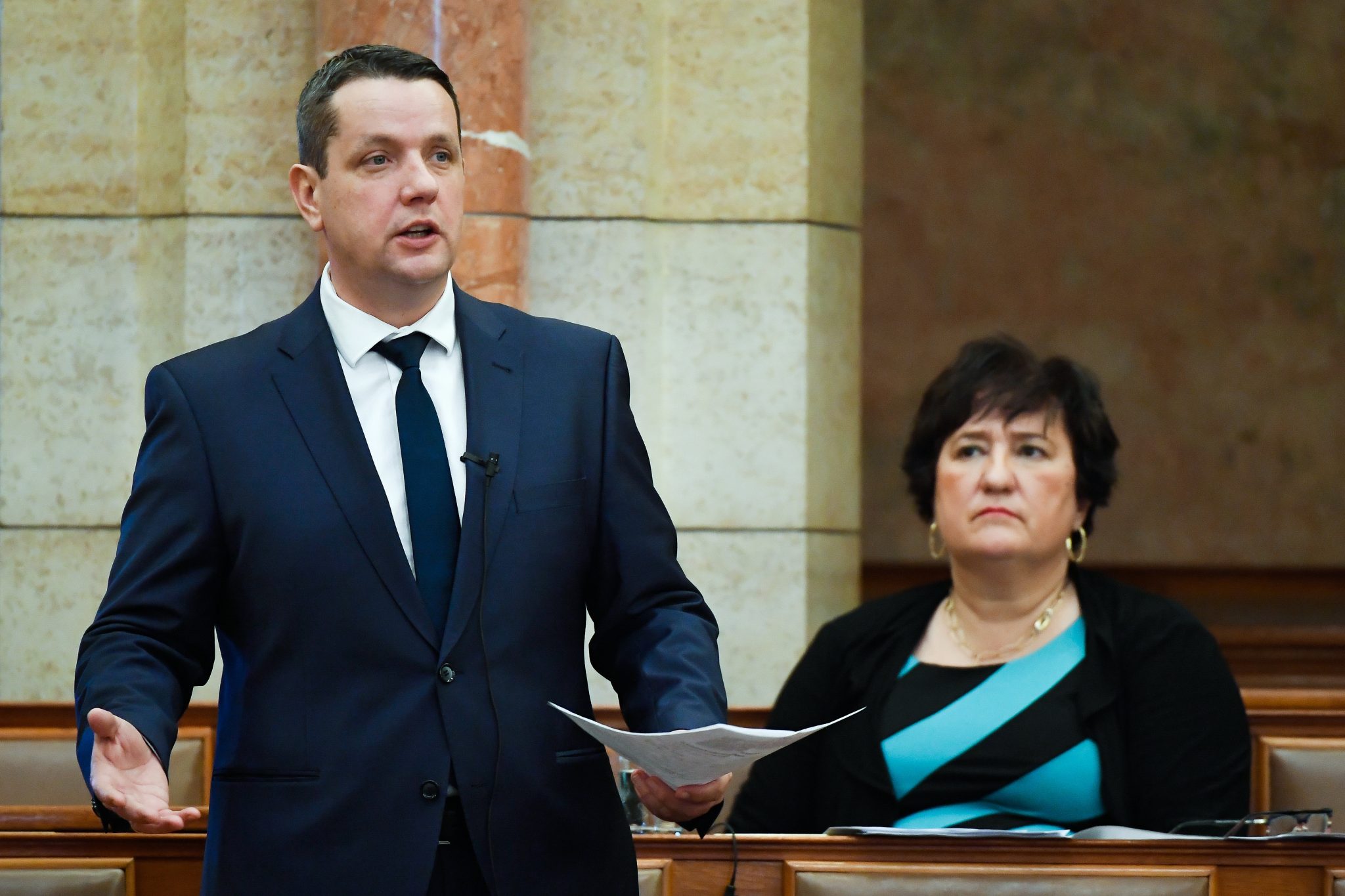 On Wednesday, the Budapest-Belgrade railway line was the main topic in the National Assembly. As the project is one of the most debated governmental investments, it brought tense debate and completely opposing points of views. The refurbishment of the Budapest–Belgrade railway was decided by Orbán’s administration back in 2014. According to the plans, the 350 km high-speed rail […]Continue reading

The two countries’ respective embassies will allow entry to each other’s diplomats at locations where one of them does not have diplomatic representation, he said. Hungarian diplomats will thus be working in Serbia’s embassies in Zambia and Congo and Serbian diplomats in Hungary’s embassies in Malta and Chile, he added.

A Financial Times correspondent asked Szijjártó about Hungary not getting invited to an online summit on democracy announced by the US, recent criticism voiced by former Secretary of State Hillary Clinton, and whether the minister expected Washington, DC to take practical action beyond symbolic ones. Szijjártó said Clinton’s remarks made it clear that the December summit on democracy was an “event linked to domestic politics” as clearly demonstrated by the fact that countries which had good ties with former President Donald Trump had not been invited. Further attempts from abroad to interfere in the Hungarian election campaign are certainly expected, with “some already detected in preparatory phases”, he said. “The Hungarian services are doing their job to thwart these,” he added.

Selakovic said commenting on a statement by the Bosnian Serb leadership concerning secession that Bosnia-Herzegovina and the region’s peace and stability were matters of key importance to Serbia. He said Serbia respected the territorial integrity of Bosnia-Herzegovina and despite the Dayton Peace Treaty’s success so far, its amendment would be possible, albeit with the approval of both sides.

Szijjártó said that the stability of the Western Balkans was a priority issue for the whole of Europe. Western European leaders should have more frequent talks with Western Balkan counterparts in order to gain a better understanding of everyone involved, he added.

Selakovic appreciated Hungarian-Serbian relations based on mutual trust and respect. He pressed for economic cooperation to further develop, saying that Belgrade would like to see bilateral trade exceed 2 billion euros a year, he added.