The Hungary Helps Programme and Hungarian Interchurch Aid have sent direct aid to Bosnia and Herzegovina after the southern European country was hit by a magnitude 5.7 earthquake last week, the Prime Minister’s Office said on Monday.

The two organisations have sent a combined 4 million forints’ (EUR 10,700) worth of supplies to the earthquake-hit area around the town of Ljubinje in the southeast, the PM’s Office said in a statement. The disaster also caused considerable damage in the southern city of Mostar, it added.

Since its inception five years ago, the Hungary Helps humanitarian scheme has provided direct help to more than half a million people in crisis, the statement said. Its main beneficiaries include persecuted Christian communities and victims of natural and humanitarian disasters like the earthquake in Bosnia and Herzegovina and the war in Ukraine, the office added.

The epicentre of Friday’s earthquake was 14km northeast of Ljubinje at a depth of 5km. 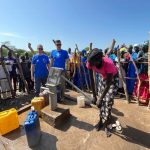 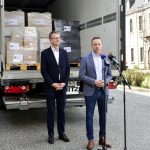