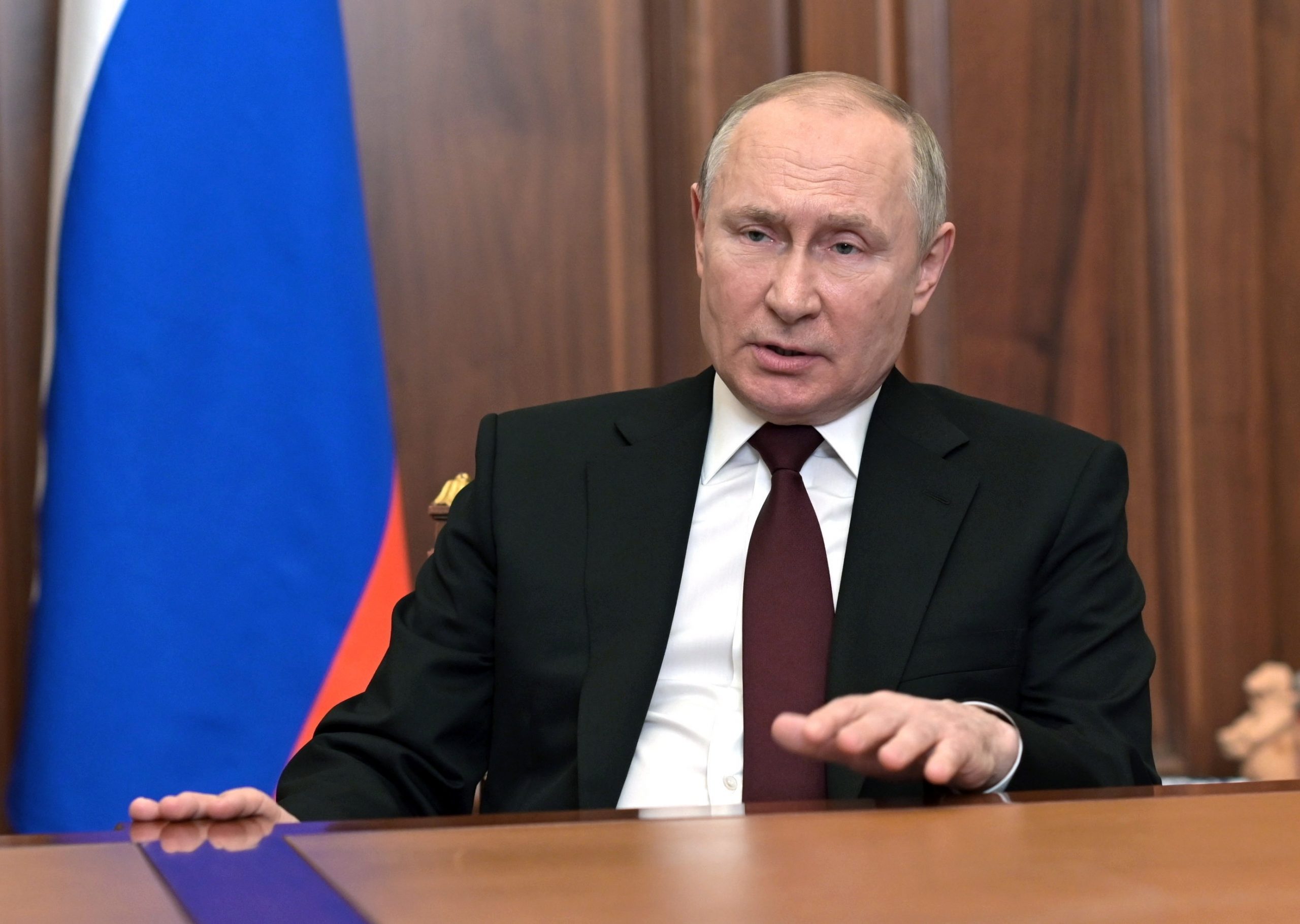 The weeklies went to print before the Russian onslaught on Ukraine began in the early hours of Thursday, but they already offered comments on the prospect of a Russian invasion of at least part of Hungary’s eastern neighbor.

Heti Világgazdaság’s weekly lead story has the headline ‘war-keepers’ – paraphrasing the official announcement that Russia would send ‘peacekeeping’ forces to eastern Ukraine. The author, Márton Gergely, warns that President Putin has a habit of moving ahead gradually with his plans in order to gauge the reaction of his adversaries and test their commitment. Occupying the breakaway areas of the Donbas, he suggests, was just one step in his strategy.

In its editorial, Magyar Narancs predicts that Russia will try to occupy the whole of Ukraine. The editors deduce from early developments that there is no ‘peace party’ within the walls of the Kremlin. They draw a parallel with the wars in former Yugoslavia in the 1990s, when ruling Serbian politicians considered Croats, Bosnians, and Kosovars traitors because they wanted to be independent. In the same way, they explain, Putin considers that Ukraine belongs to Russia. In a concluding remark, they ask who the next victim will be once Ukraine falls under Russian rule.

‘That’s a big bite for the Bear’, runs the headline in 168 óra. In the analysis which follows, Ágoston Ámosi expresses doubt that Russia will launch an all-out offensive. He concedes that the Russian military is capable of swift advances but cannot predict the intensity of the resistance they would face. On the other hand, he writes, a long-drawn-out war would raise logistical problems for the Russian side, which could not supply its troops with the required ammunition, spare parts, food, and medicine without enrolling civilian vehicles, a step that might well prove politically catastrophic for the government.

In Élet és Irodalom János Széky vituperates against government supporters who, in his view, are daydreaming of recovering the Sub-Carpathian region from Ukraine. He mentions a recollection by former Polish Foreign Minister Radoslaw Sikorski who said that in 2008, President Putin made an offer to then Prime Minister Tusk of Poland, to divide Ukraine between their two countries. ‘There is no evidence that similar offers have been made to other neighbors of Ukraine’, Széky adds. He dismisses Prime Minister Orbán’s first statements in support of sanctions against Russia as insufficiently resolute and blames him for the pro-Russian mood he perceives on pro-government social media sites during the first days of the conflict.

In Demokrata, one of the earliest weeklies to go to print, Gábor Stier predicts that no war will break out in Ukraine. Nevertheless, he finds the lack of intense diplomatic activity worrisome and blames this on the Ukrainian side. As he sees it, President Zelensky’s hands were tied, so he couldn’t afford to acknowledge the autonomous status of the breakaway republics in eastern Ukraine. He predicts ‘ugly’ events, nevertheless – evidence of a shift of the global balance of power that requires sobriety and cold-bloodedness on the part of decision-makers.

In Mandiner, Gábor Névai writes that Hungarians are stretching out their hands in friendship to Ukraine in its hour of need. He suggests that under Soviet rule after the Second World War, as well as in an independent Ukraine for the past 30 years, the Hungarian minority has been losing ground. By now, Hungarians only represent one-tenth of the population in the Sub-Carpathian region. Peace should be swiftly restored, he concludes, for the generations who until now believed that war is impossible in Europe.