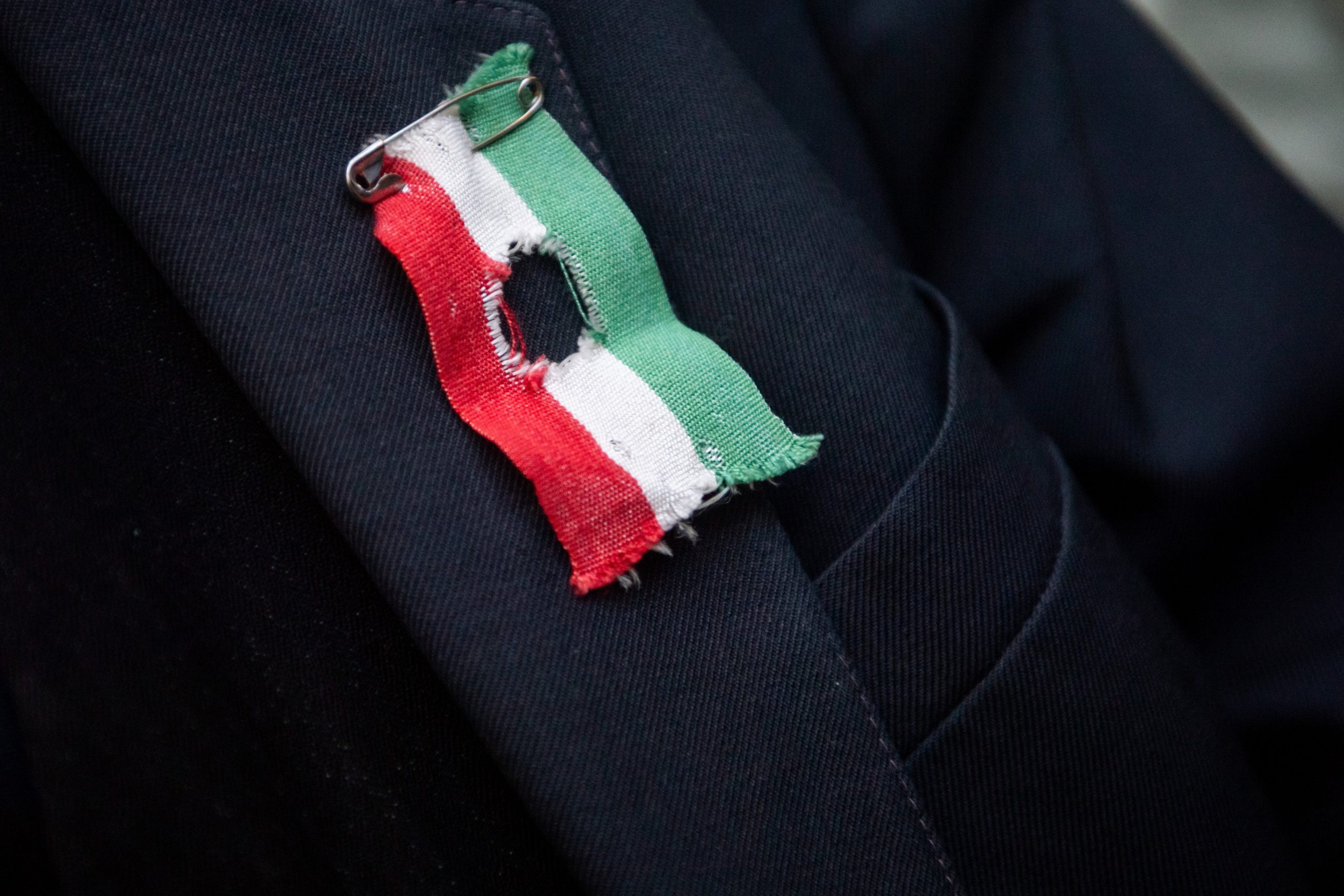 On October 23, Hungary will celebrate the anniversary of the 1956 Hungarian Revolution. By 1956, the communist dictatorship led by Mátyás Rákosi has put so much pressure on Hungarian society as a whole, that Rákosi was eventually removed from power by Soviet leaders in the summer of 1956.

By autumn, the newly formed opposition was led by university students, who formulated their demands in points and organized sympathy demonstrations in support of the Polish uprisings ongoing since June 1956.

Student demonstrations began in Budapest on October 23, 1956 and spread like wildfire throughout the country, opposing Soviet rule and terror.

Demonstrators clashed with the secret police, the State Protection Authority (ÁVH), children and the teenage group, the ‘Lads of Pest,’ fought in the streets against Soviet tanks. Unfortunately, the revolution was not long-lived, and on November 4, a general Soviet attack was launched against Budapest and the main military installations in Hungary. Although the freedom fighters tried to resist at a few points in Budapest, by November 11, Hungarian communist leader, János Kádár, with the help of Soviet troops, broke the armed resistance and laid the foundations for the retaliation to come. 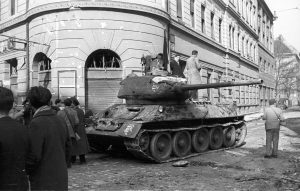 A captured Soviet tank in 1956, Budapest.

October 23 has always been viewed as a crucial turning point for Hungarians as a nation, as we remember our heroes and freedom fighters on this day, while understanding that vigilance against oppression is still required today.

Hungarians have already started the preparations for the Sunday anniversary. Paying tribute to the revolution, five films related to the 1956 Revolution can be viewed free of charge on the National Film Institute’s online channel, Filmio.

Zoltán Kovács, Secretary of State for International Communication and Relations, said on Thursday that all the conditions were in place for the commemoration of the October 23rd national holiday to be carried out in a dignified manner. The central events on the anniversary of the 1956 Revolution will be held in an unusual way in both Budapest and Zalaegerszeg, where Prime Minister Viktor Orbán will speak at the inauguration ceremony of the new Mindszentyneum – Mindszenty József Visitor Center, which presents the life of József Mindszenty.

József Mindszenty spent eight years in prison and was freed in the 1956 revolution. He was granted political asylum by the United States embassy in Budapest where he lived for the next fifteen years. He died in exile in Vienna, Austria.

József Mindszenty was the Archbishop of Esztergom and one of the leading figures of the Hungarian Catholic Church in the 20th century, who was persecuted by both the pro-Nazi Arrow Cross Party and the Communists. He was tortured and given a life sentence in a 1949 show trial that brought worldwide condemnation.

The 1956 celebrations will start again this year on Saturday October 22, said Zoltán Kovács, with a torchlight procession starting from the Budapest University of Technology at 4 pm. On Sunday, the events will begin with a flag-raising ceremony on Kossuth Lajos Square in front of Parliament, and Prime Minister Orbán will deliver his speech in the town of Zalaegerszeg at 10:30 am. 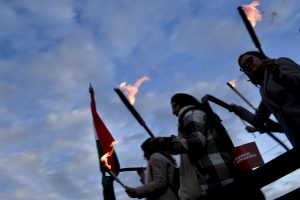 Every year, people hold a torchlight procession in several parts of Hungary as a way of commemorating 1956.

On Thursday, the Ministry of Defense and the Hungarian Defense Forces held a central ceremony to mark the 1956 Revolution. Minister of Defense Kristóf Szalay-Bobrovniczky said that “hundreds of thousands of Hungarians gave their lives for the abstract idea of freedom, freedom is in our blood, and we keep this fighting spirit alive when we pay tribute to its shining representatives, the revolutionaries, and armed insurgents of 1956.”

The minister also mentioned Mária Wittner, who died a month ago, saying she was an iconic figure of the 1956 revolution and freedom struggle, who was not broken by prison, who had endured the humiliations of the Kádár regime, and then the “untruthful, depraved slanders of the left after the regime change.” 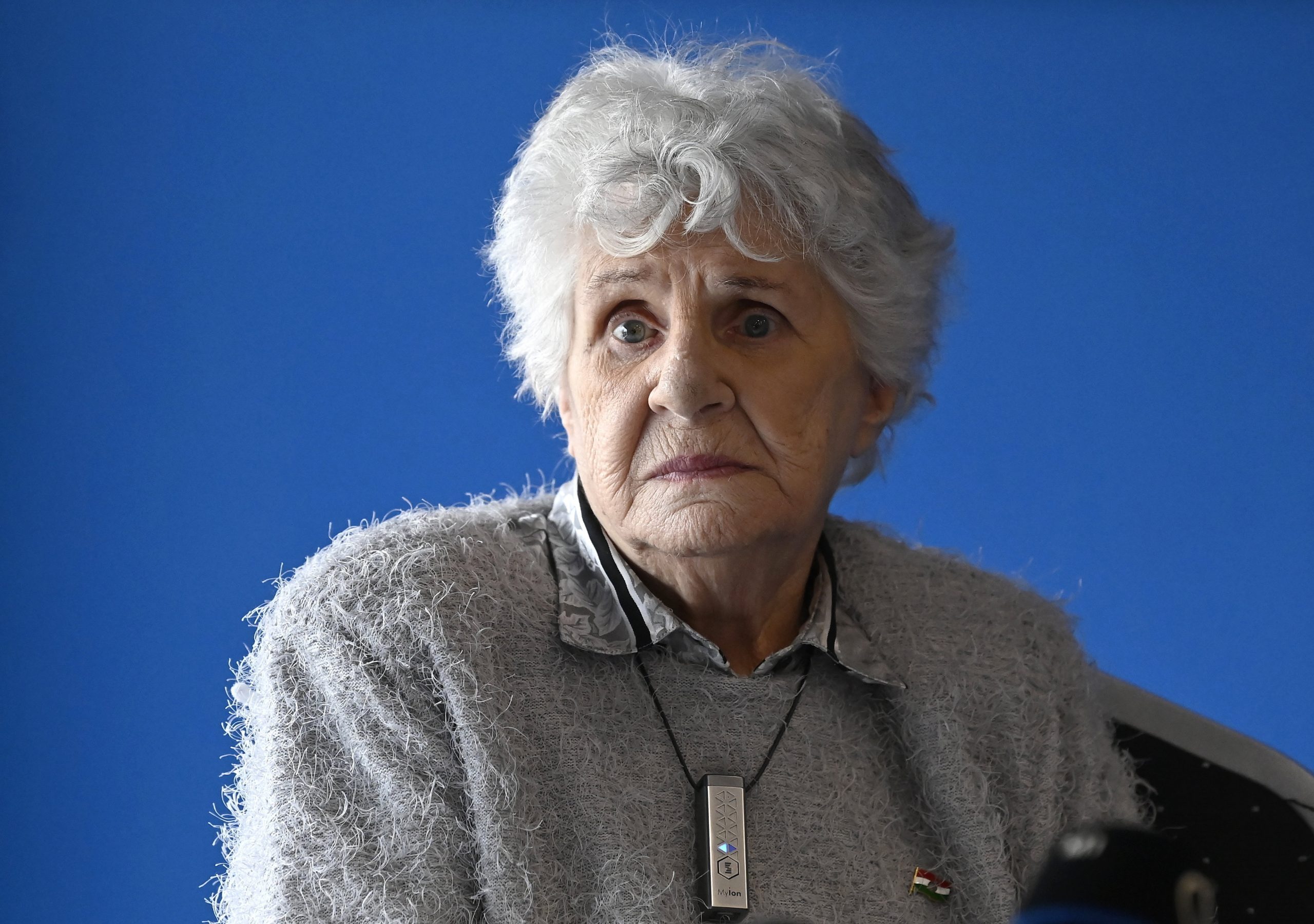 According to the minister, Wittner is a role model for an honest life and a symbol of a spontaneous revolution, but her fate and persecution also remind us of something else: the 1956 rebels forced the rulers of the Kádár dictatorship to give people a semblance of freedom, creating the opportunity for relative material prosperity, and that is why this era is still associated with nostalgia.

As part of the celebration events, the Museum of Military History in Budapest is organizing a family day and a visit to the hangar. The hangar of the Military Technology Collection on Kerepesi Road will be reopened to visitors on Saturday and Sunday between 9 am and 3 pm, where military equipment from the First World War to the 1956 Revolution, and War of Independence will be displayed to bring visitors closer to different periods of history. On Sunday, there will also be a family open day, with weapons demonstrations, a book fair, and craft activities.