Pro-Gov’t Org CÖF: October 23 Peace March ‘will be message to all of Europe’ 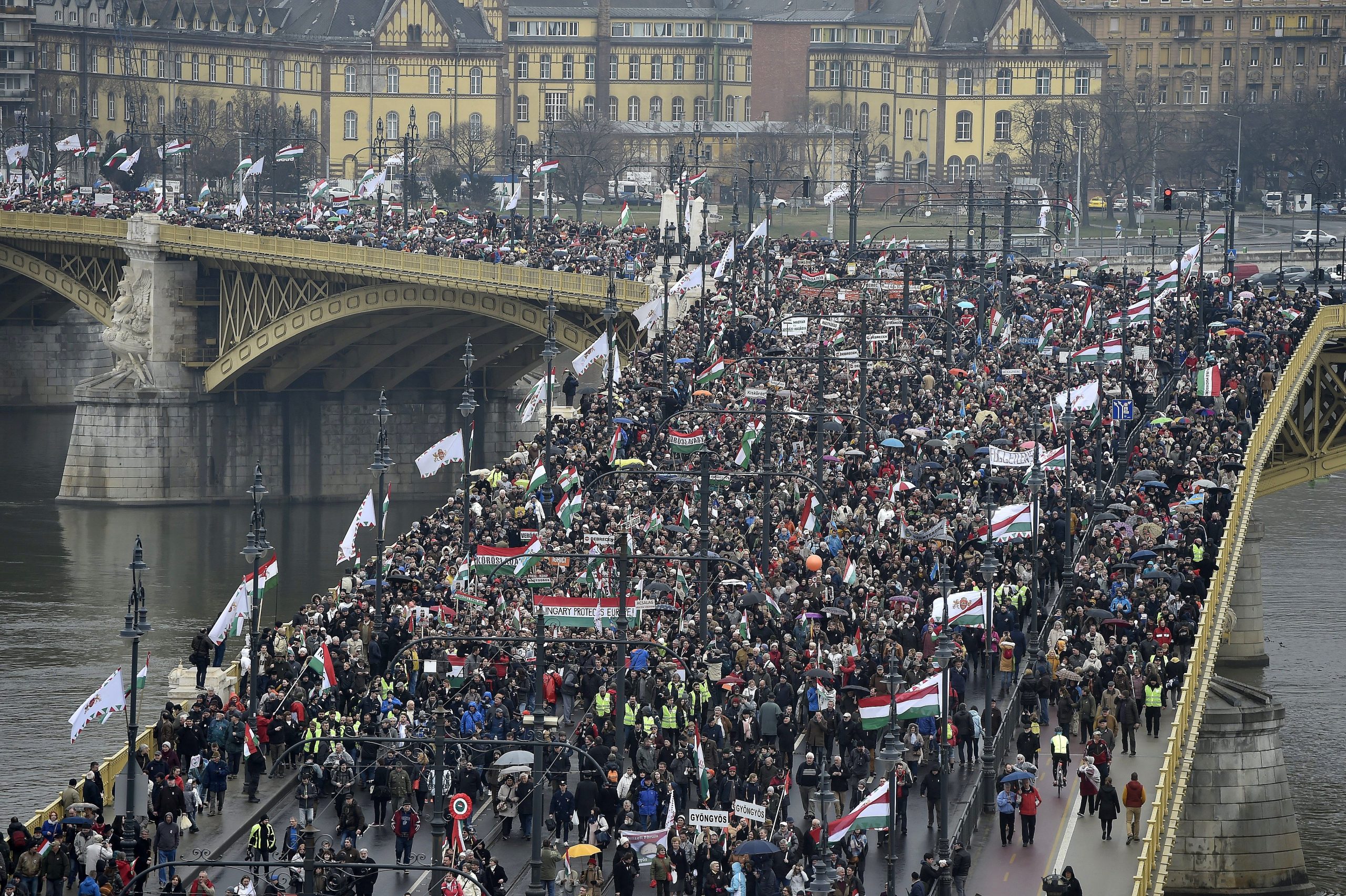 The Peace March being organised by the pro-government Civic Union Forum (CÖF) and associated CÖKA foundation on the Oct 23 national holiday will show all of Europe that Hungary’s government enjoys mass support, a member of CÖF’s board of trustees said on Sunday.

Tamás Fricz told public broadcaster Kossuth Radio that there had not been a greater need for a Peace March since the first one than now.

“The Brussels bureaucrats, the Soros network, the globalist-liberal forces, and financial circles are gearing up for a final showdown so that after ousting the Orbán government they can institute a way of life which Hungarians reject,” he said. “We must therefore defend traditional values, our way of life, our national independence, Christianity and our family policy and show them that Hungarians will resist the pressure from the global elites.”

Tomasz Sakiewicz, editor-in-chief of Polish weekly Gazeta Polska, said that thousands of the Hungarian government’s Polish supporters could attend next week’s march, given that they could not take part in this year’s commemorations of the March 15 national holiday due to coronavirus restrictions.

He said the message of historical anniversaries was that Hungarians and Poles were constantly fighting for their freedoms. They are forced to do so today as well, he said, arguing that freedom was under threat in Europe because the continent’s most powerful countries were looking to “crush democracy”.