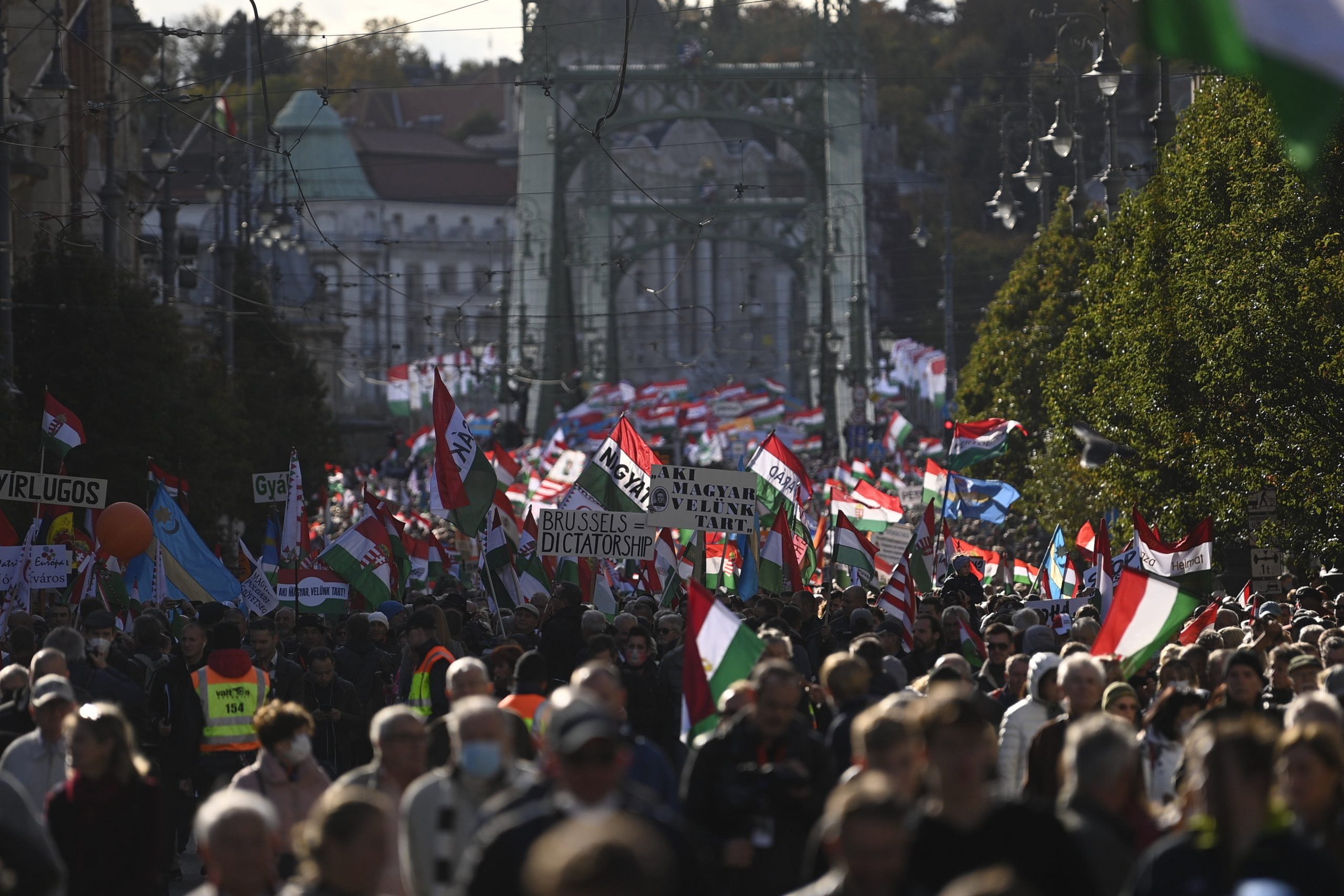 Supporters of the pro-government Civic Union Forum (CÖF) and associated CÖKA foundation gathered to hold their Peace March to mark the anniversary of Hungary’s 1956 revolution.

The march started from in front of the Budapest University of Technology on the Buda side of the capital on Saturday.

CÖF-CÖKA leader László Csizmadia told participants at the start of the event that “we are ready to protect Europe’s Christian-Jewish civilization”.

Participants lined up behind a giant banner with an image of former Prime Minister Ferenc Gyurcsány, a photo of the mounted police attack on demonstrators in 2006, and an inscription “never again”.

The crowd was scheduled to walk over to the Pest side and of the city and join central commemorations addressed by Prime Minister Viktor Orbán later in the afternoon.

He called on participants to remember the heroes of 1956, the “victims of Kádár’s retaliation” and also to remember “how the Gyurcsány regime desecrated the anniversary of the revolution in 2006, when the streets of Pest were stained with blood”.

"You must not forget that Gyurcsány is handing out the roles, he holds everything in his hands," the PM told a Fidesz meeting.Continue reading

On the subject of relations with the European Union, the CÖF-CÖKA leader said Poles and Hungarians could do without “friendly fire”, adding that the peoples represented a Europe of nations and had no need for an empire.

Members of CÖF-CÖKA’s Italian and Polish partner organizations also appeared in the procession. Many of the participants carried national and Szekler flags, while some wore traditional Transylvanian folk costumes.

Details of the events of 2006 were projected onto a video wall along the route of the Peace March and a water cannon truck was also exhibited to recall the way the crowd was dispersed by police at the time.

When the front of the procession had reached the venue of the central commemoration on the other side of the river, the tail end of the march was still at the assembly point, next to the University of Technology. 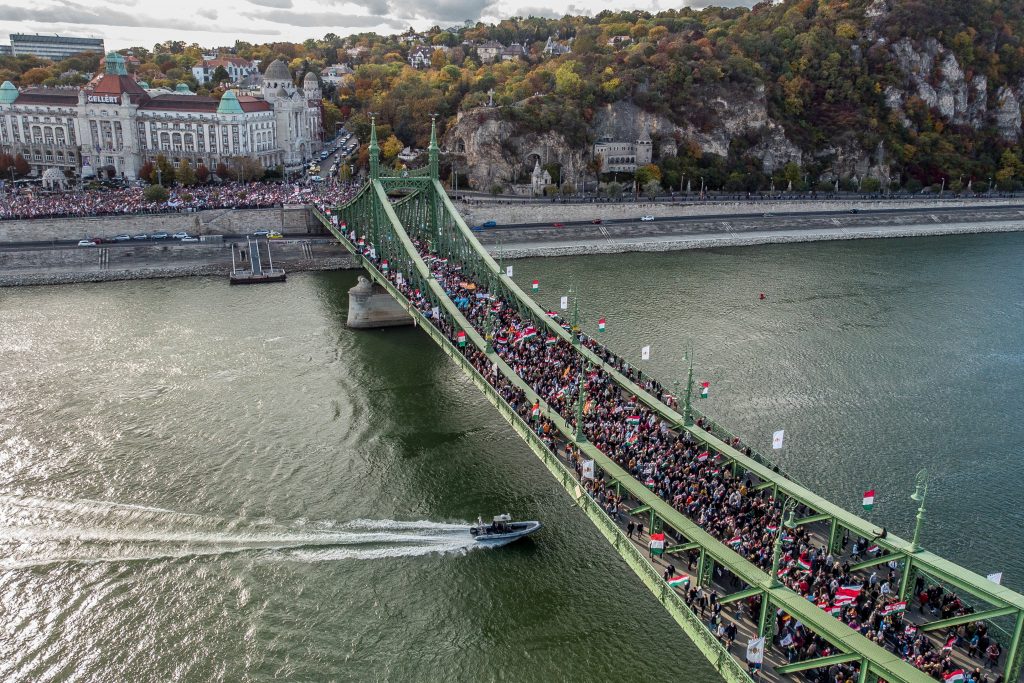