Opposition representatives in Hungary are condemning the government’s alleged misuse of the Israeli spyware known as “Pegasus” against Hungarian citizens. Accusing the Orbán administration of attempting to silence political opponents and independent journalists through access to their private data and surveillance of their phones, critics are describing the scandal as “the Hungarian Watergate.” Despite the magnitude and rapid development of the issue, officials are dismissing the allegations, claiming to have no knowledge of such unconstitutional behaviour.

While the government appears to be dismissive about what could be one of its biggest scandals, critics are vehement in calling it to account.

Representative of right wing Jobbik and president of the National Security Committee, János Stummer announced that he will be calling together the committee for a hearing of the accused Fidesz politicians. The committee president referred to the Forbidden Stories article which lists Hungary as having targeted 300 phones with the NSO Group’s spyware.

We want factual responses to every claim of the article, because every allegation which the government is unable to effectively disprove will be treated as factual. Similarly, we will treat it as a confession of guilt if any government official or pro-government member of the committee boycotts the meeting.”

Stummer believes Fidesz is attempting to trivialize the issue, but “this is the Hungarian Watergate scandal, and if Fidesz avoids it, that is in itself a confession.” Stummer has also stated that it would be opportune if a parliamentary inquiry committee were made to investigate.

Ágnes Vádai, deputy party group leader of the Democratic Coalition, announced at a press briefing that if the news is true, the actions of the Orbán government are akin to that of a dictatorship.

Vádai believes that since this software can only be used with the permission of the Israeli Ministry of Defense, it is clear that Hungarian government agencies “used illegal tools to conduct surveillance on the opposition and the remainder of the free press.” 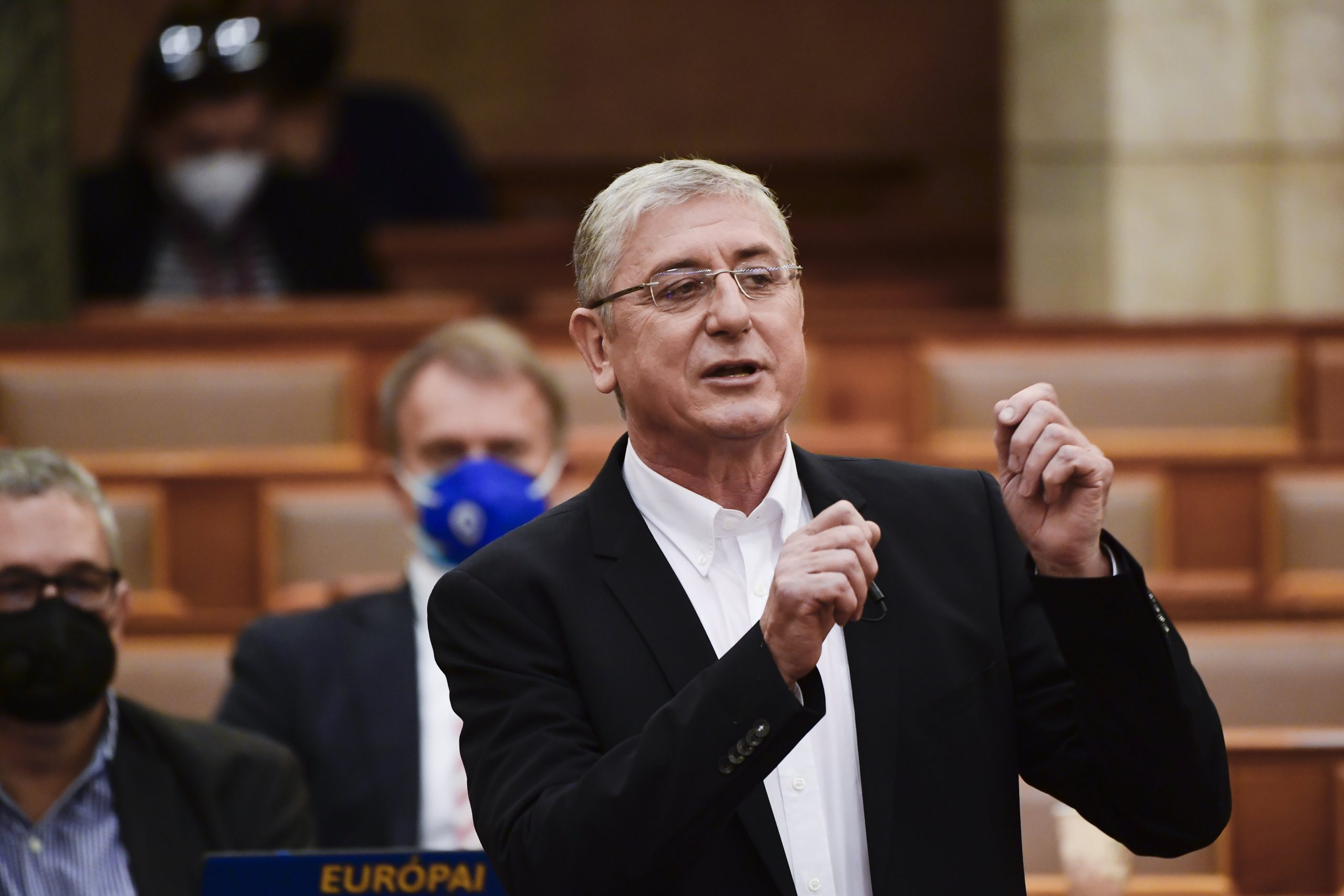 Former Minister of Education and former President of the Hungarian Academy of Sciences, József Pálinkás, took to Facebook to call for immediate transparency on the scandal. The New World People’s Party president accused the government of having brought back the III/III Ministry of the Interior Group Headquarters, the oppressive state security service of Hungary’s Soviet era.

The Hungarian government is using the toolkit of dictatorships and rogue states against its own citizens. […] after 2022 every detail of how they used Pegasus (and other spyware) against their own citizens needs to be discovered and shared.”

In fact, Pálinkás is asking every freedom-loving Hungarian, civil organization, and political party to begin organizing a large-scale demonstration to show that “we wish to live in a free, democratic country, free of fear.”

Posting to Facebook, Budapest mayor and prime ministerial candidate from the opposition Gergely Karácsony described the government silence on the Pegasus issue as “nothing more than the government’s confession of guilt.” The Párbeszéd, MSZP, and LMP nominee listed five specific questions which he wants the government to immediately clarify. 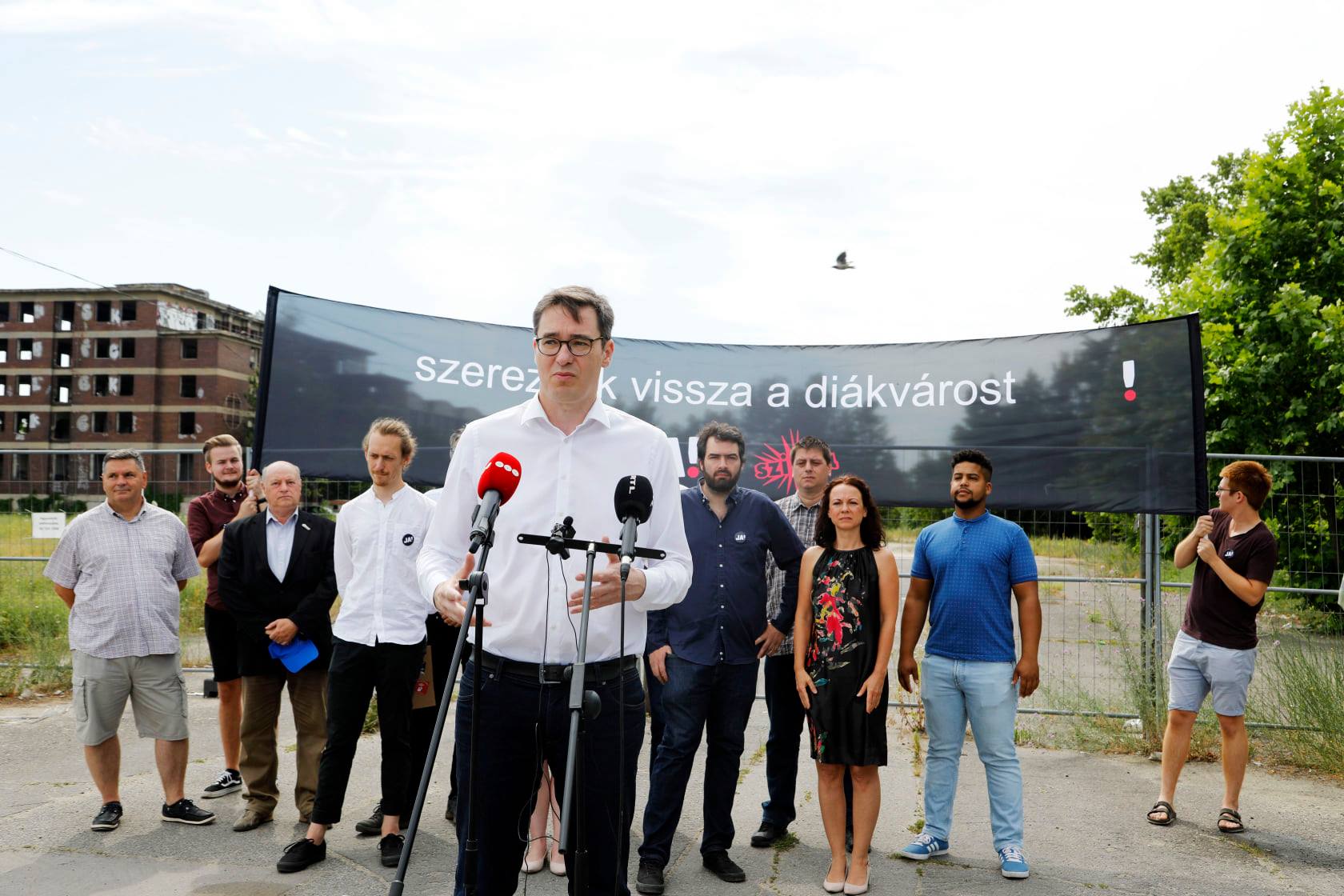 The biggest problem with Fudan is that it would push out the Student City from the capital's most worthwhile development area, he explained.Continue reading

Hungarian government officials have made no such confessions, either insisting that their hands are clean or choosing not to comment on the allegations.

FM Szijjártó Says He Has No Information on Illegal Data Collection

“I do not have any information at my disposal regarding this alleged or fabricated data collection,” Minister of Foreign Affairs and Trade Péter Szijjártó said in response to a question from liberal news portal Telex.

Speaking at a joint press conference with V4 foreign ministers in Komárom, Szijjártó explained that he had been informed by the head of the Information Office, the only intelligence agency he oversees, that they have not conducted any collaboration in this issue with any kind of secret service.

The Information Office does not use the […] software, it did not make any agreements affiliated with it.”

Telex also asked whether another government agency used Pegasus, whether the issue will be discussed in the next meeting of government officials, and whether Szijjártó will ask PM Orbán about the issue. In response, the foreign minister said that he speaks for the administration when he says the government has no knowledge of such data collection.

As for the potential for the issue to be brought in front of the National Security Committee, Fidesz made a statement on its website saying that the event would be “unjustified.”

The news spread in the left-wing media is unfounded and purely serving to cause political uproar, for this reason it is unjustified to call for the meeting of the National Security Committee.”