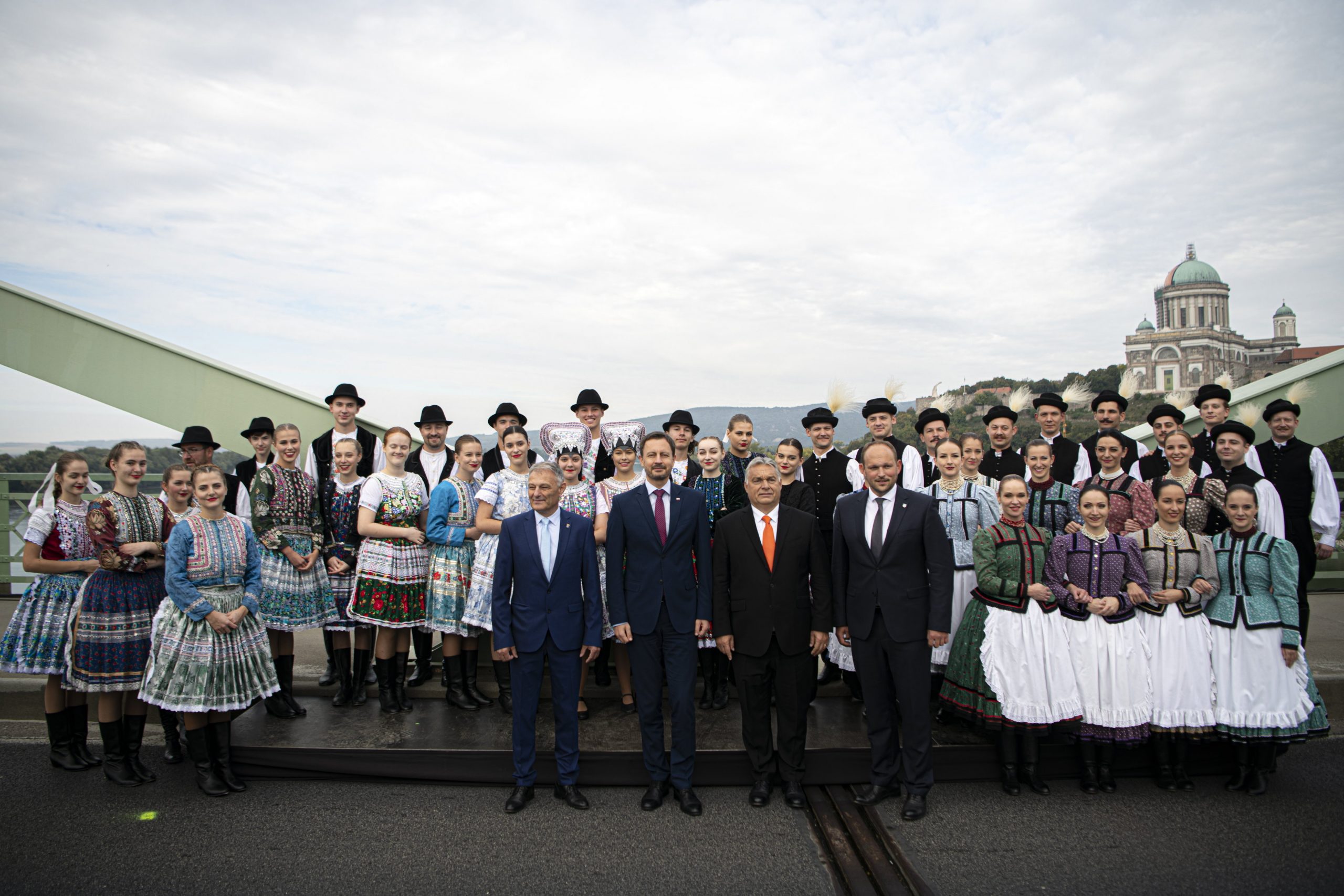 The survival of central Europe’s peoples is dependent on their friendship and alliance with each other, Prime Minister Viktor Orbán told a ceremony marking the 20th anniversary of the inauguration of the Mária Valéria Bridge connecting Hungary and Slovakia in Esztergom, on Monday.

In his speech, Orbán said that as two countries which had both “learned serious lessons about the aggression of the invaders of the previous century”, it was easy for Hungary and Slovakia to see “that we’re not enemies but companions in misfortune”.

“Smart neighbours don’t go to war with each other and aren’t hostile towards each other,” he added.

Orbán said two nations that respect each other’s culture would always benefit from cooperation. “It’s possible to be a proud European and Slovak and a proud European and Hungarian,” he said. It is possible to achieve economic growth that everyone benefits from, to create jobs for everyone “without giving up our way of life, who we are, our past and our values”, the prime minister said, adding that neither Hungary nor Slovakia could be successful without the other.

He said the anniversary of the Mária Valéria Bridge’s inauguration needed to be about more than remarking how the bridge connects two countries and its people. “Today we need to say more than that and say it differently,” Orbán said. “New winds are blowing today and we now see the world differently.”

But back when the bridge was inaugurated, central Europeans were rightfully optimistic, he said. “We believed the years of real struggles and the hard part were behind us,” he added.

“But that mood has evaporated and we had to realize that we cannot have our future be dependent on the goodwill of outside players,” Orbán said. “We have to fight for our own achievements each and every day.”

“Twenty years ago even Brussels was on our side and supported us even with the construction of this bridge,” the prime minister said. “But today, more and more it sees central Europeans as unequal partners and second-class member states.”

Orbán said Brussels wanted to force central Europeans to live with people it did not want to live together with and to enact policies that would limit their economic opportunities. “They also want to force a way of life onto us that goes against everything we value and want to preserve,” he said. “It’s hard to fight this threat.”

Meanwhile, the prime minister said the Visegrad Group (V4) comprising Hungary, Slovakia, the Czech Republic, and Poland had continuously prospered over the past decade.

The V4 have established an effective and stable alliance and have tackled civilizational crises together, Orbán said. Twenty years after the reconstruction of the Mária Valéria Bridge, central European cooperation is stronger than ever, he added.

“The Mária Valéria Bridge has remained a symbol that says we are the future of Europe and we mustn’t allow the bridges connecting us to be torn down ever again,” Orbán said.

Slovakia’s Prime Minister Eduard Heger at the ceremony called Mária Valéria Bridge “a success story and the story of two good neighbours”. The bridge had contributed to the development of bilateral ties and cooperation, he said, adding that a number of joint infrastructure projects including energy links had been implemented as a result, boosting the region’s energy security.

The two countries are also tied by other shared interests, he said, noting “common positions” on issues such as nuclear energy and migration.

The Mária Valéria Bridge, blown up at the end of the second world war, was rebuilt in 2001. It was inaugurated on Oct. 11 by Hungarian Prime Minister Viktor Orbán and Slovakia’s Mikulas Dzurinda.

In my opinion, the ideal of Europe comes from the three hills: the Acropolis, the Capitol, and the Golgotha, PM Orbán wrote.Continue reading