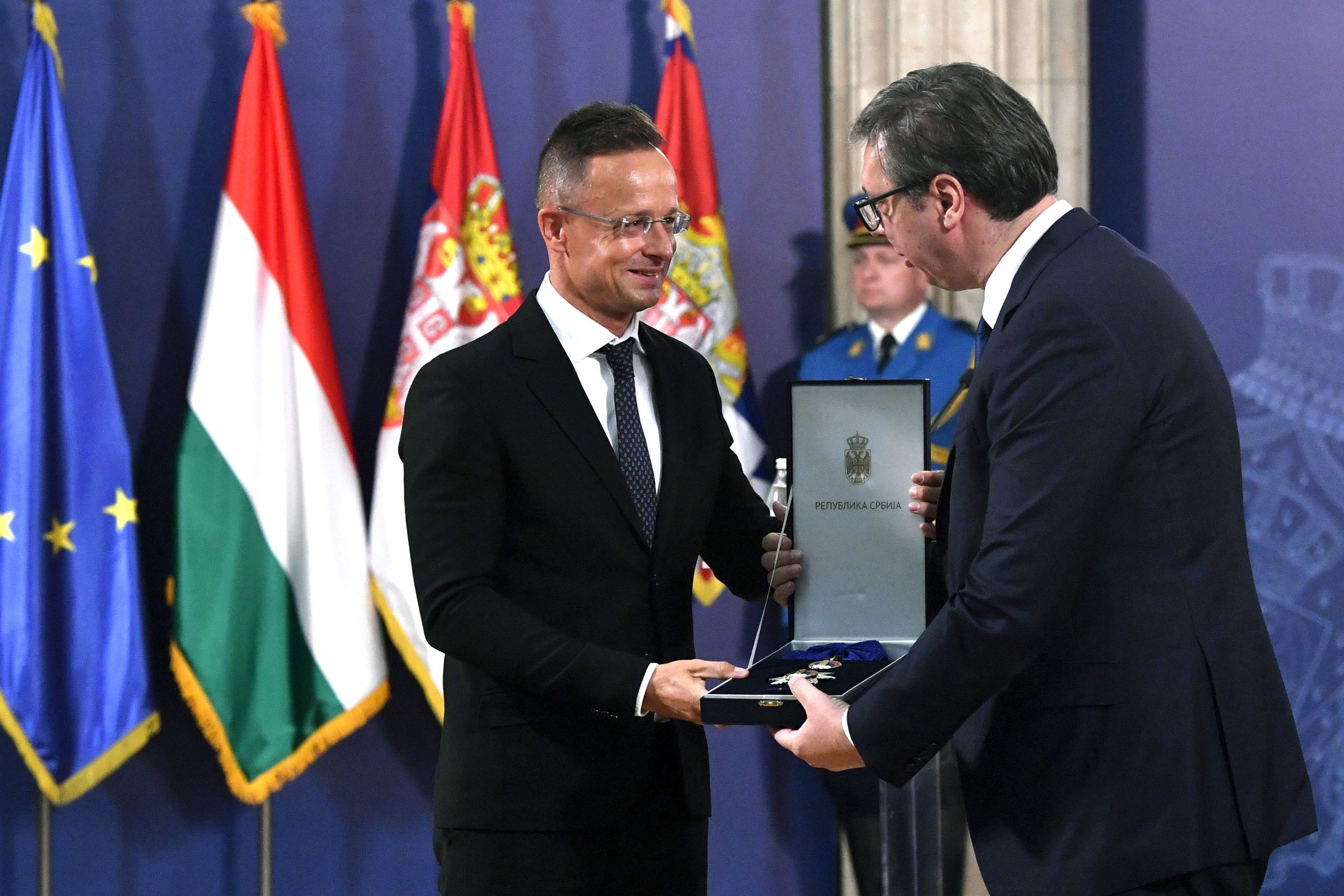 The high state honour has been awarded to Szijjártó in recognition of his role and achievements in building excellent relations between Serbia and Hungary.

In his laudation, Vucic praised Szijjártó’s efforts to improve ties between Serbia and Hungary to the point that “they are now better than ever before.”

He thanked Szijjártó for voicing Hungary’s support for Serbia’s European integration at all European forums.

In his acceptance speech, Szijjártó said he should be accepting the award together with his Serbian counterpart Nikola Selakovic and Serbia’s minister for European integration Jadranka Joksimovic. He added that everyone who has been keeping the Western Balkan region in the focus of Hungary’s foreign policy since 2010 was deserving of the award.

The minister said the award motivated him to fight even harder for Serbia’s EU integration in the future.