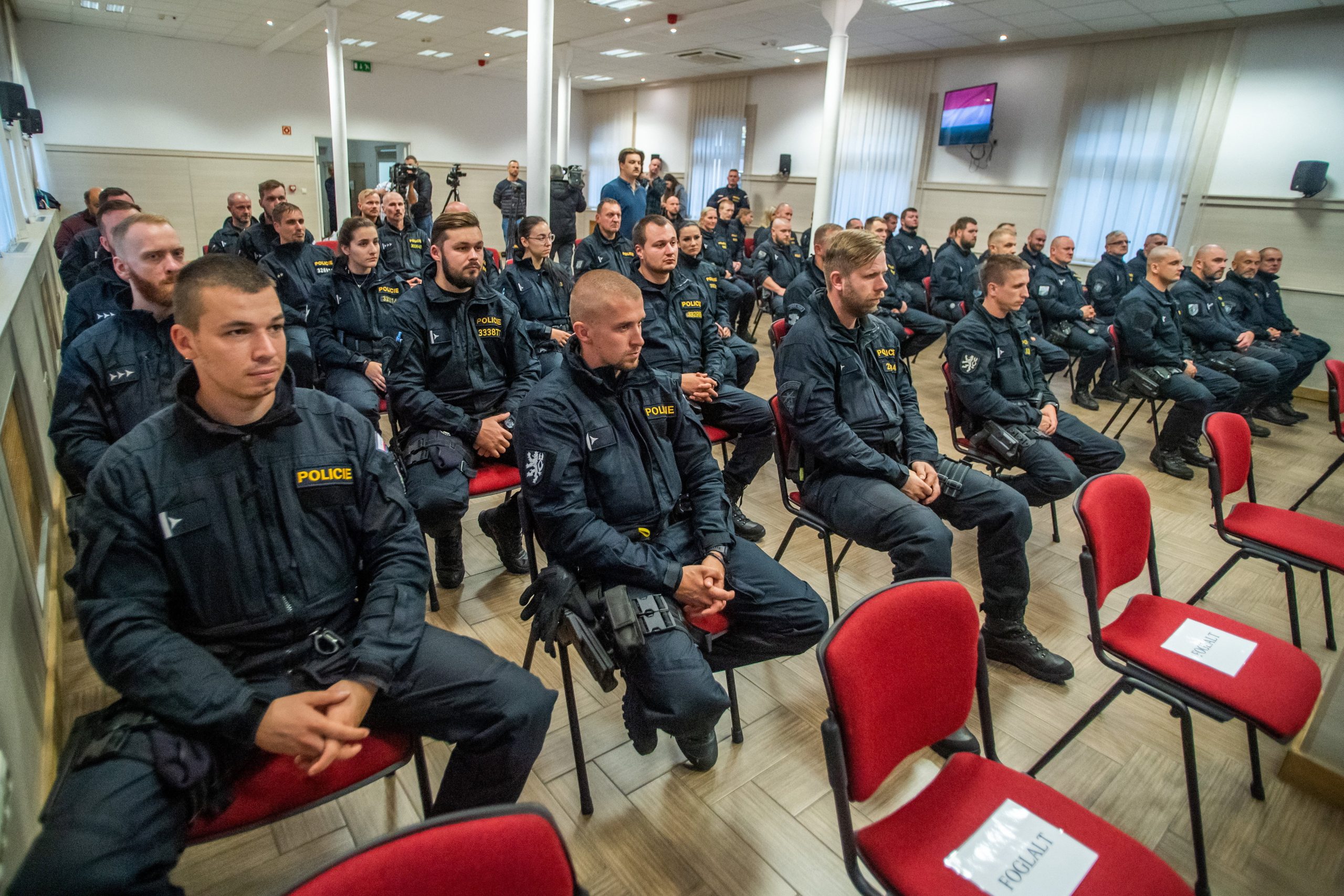 Zoltán János Kuczik, the deputy of the national police chief, noted the increasing migration pressure as a “serious security threat for Europe” in his address at the reception ceremony. Protecting the southern borders serves security in the whole of Europe, he said, adding that international cooperation was crucial for efforts against illegal migration.

He said that Austrian and Serbian police were also working together with Hungary’s border police, while Hungarian police officers were serving in North Macedonia, Serbia and Slovenia, as well as 157 officers in Frontex operations.

In the featured photo, the 50 police officers who arrived to Hungary from Czechia are welcomed at the headquarters of the Hungarian Police in Budapest on October 15, 2021. Photo by Zoltán Balogh/MTI