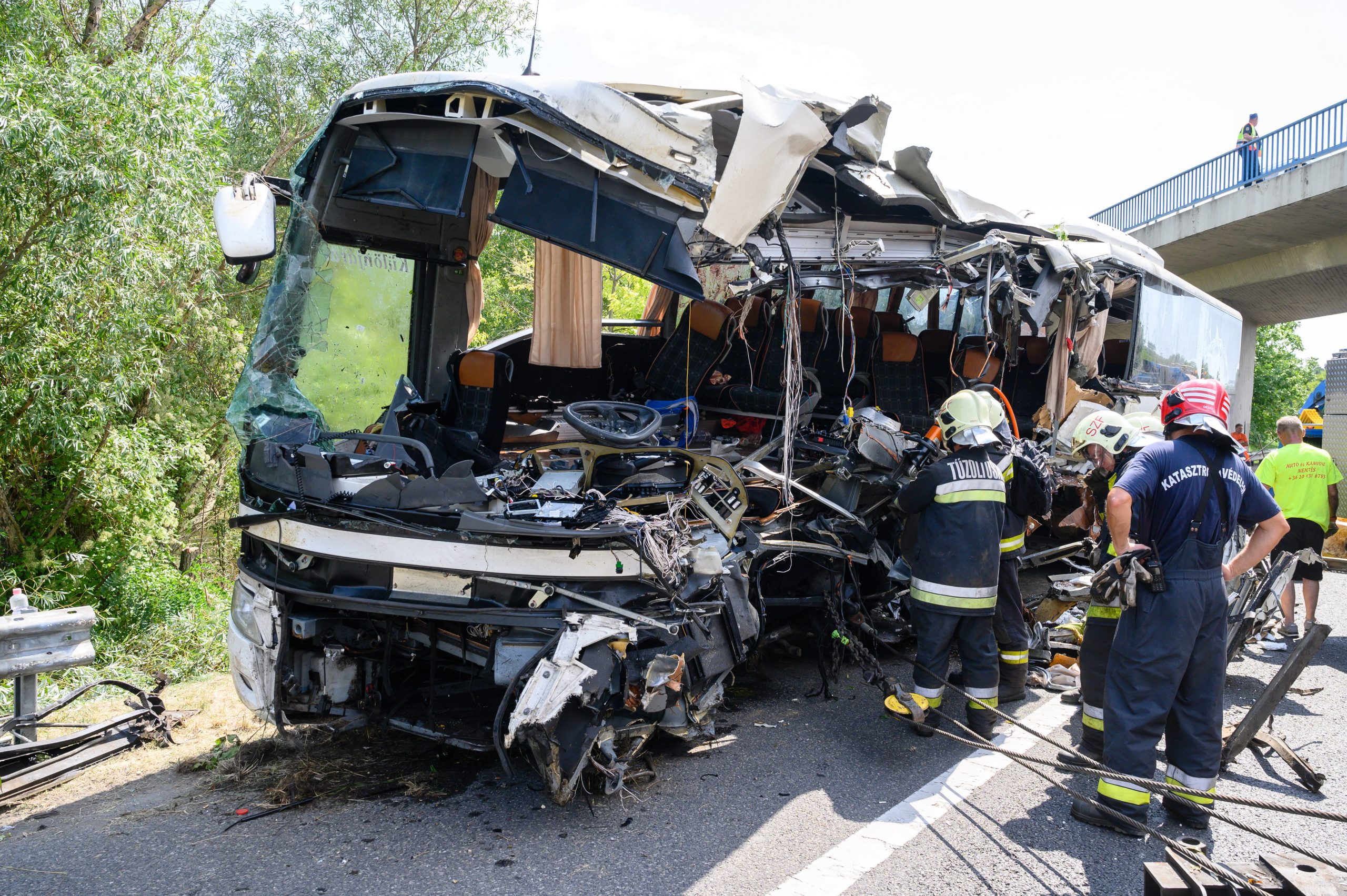 A bus carrying Hungarian tourists returning from a holiday in Croatia crashed on the M7 motorway near Szabadbattyán, 70km from Budapest, early Sunday, killing eight.

A further eight of the more than 50 passengers were seriously injured and 40 suffered light injuries after the bus broke through the barrier, hit a pillar on an overpass and rolled over into a stream, the police, national ambulance service and disaster protection authorities said.

The bus, operated by Volmer-Tours, was bringing back Hungarian tourists from Croatia, an employee of the tour organiser told hvg.hu. 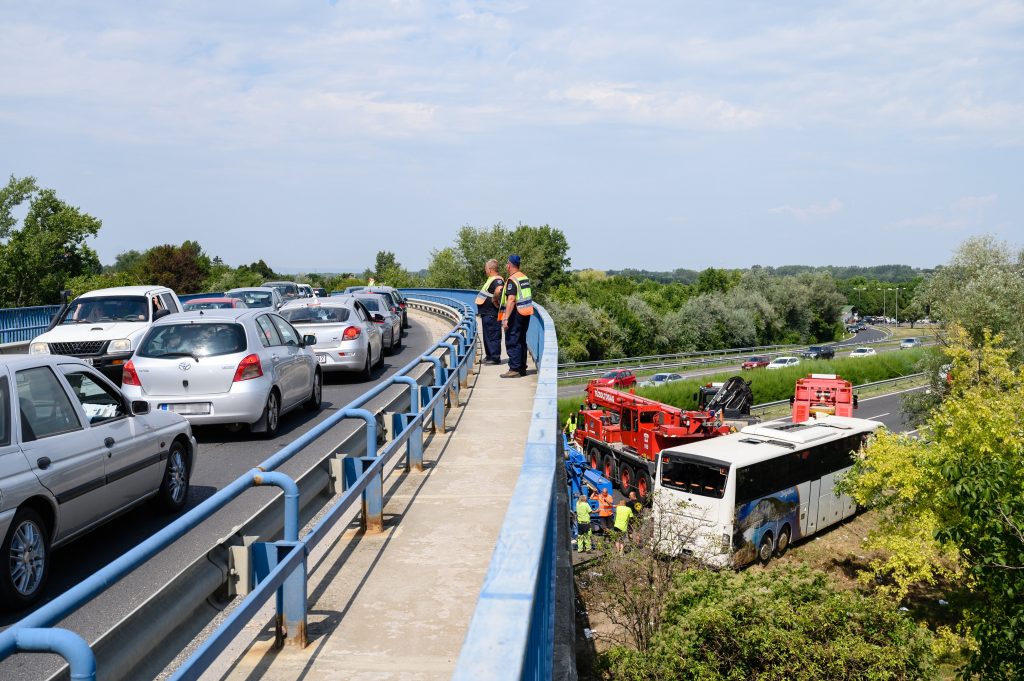 Public television channel M1 learnt that 56 people were travelling on the bus.

Prime Minister Viktor Orbán expressed his condolences to the families of the victims of the crash and wished a speedy recovery to the injured in a message posted on his Facebook page on Sunday. 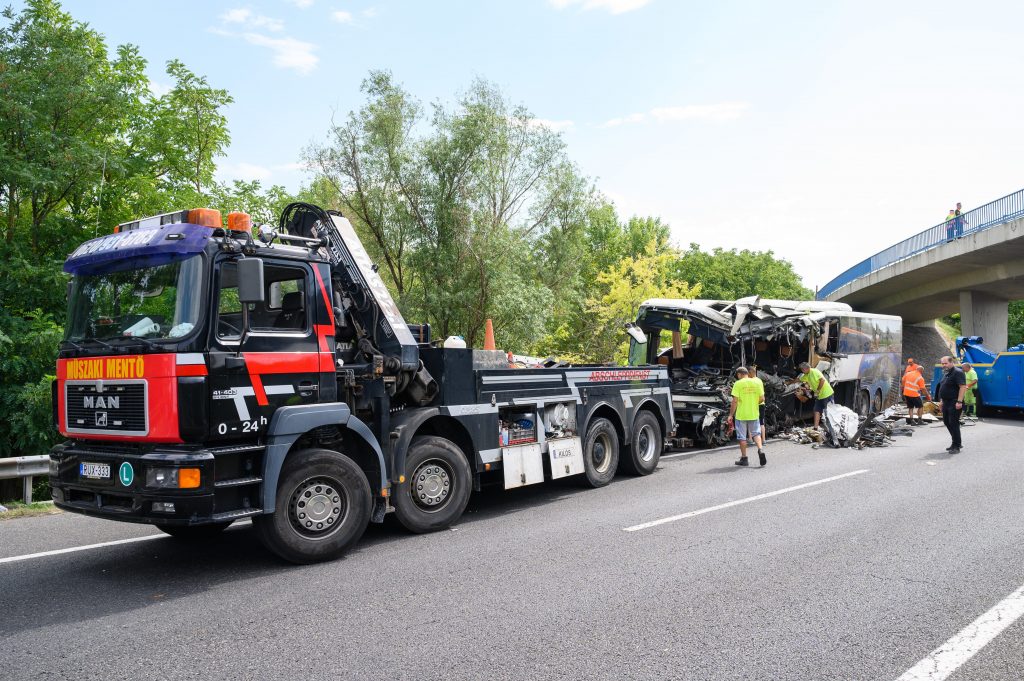 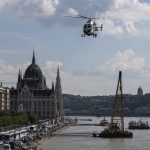