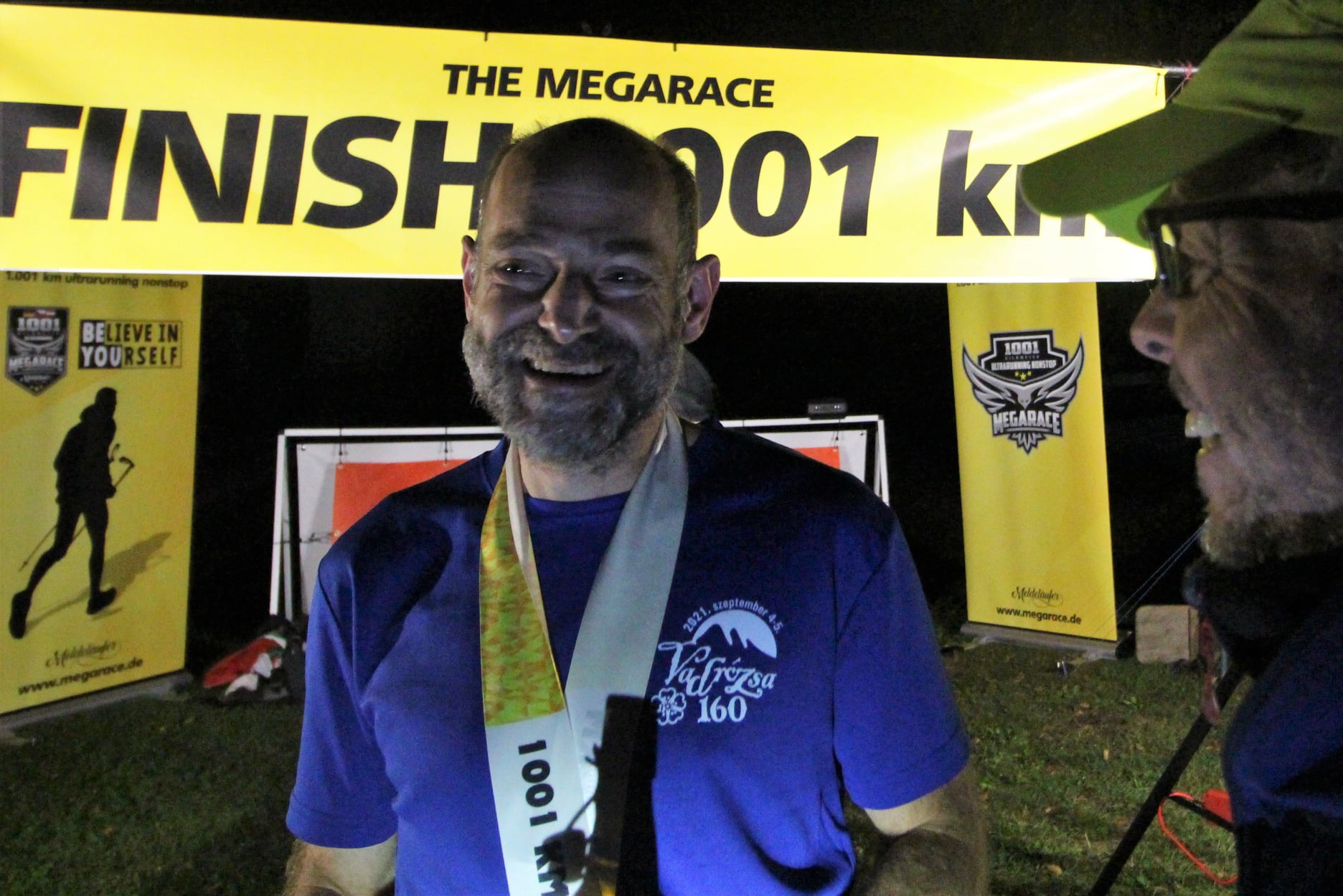 László Barta, an Hungarian ultrarunner, has won the world’s longest cross-country race. The competition called Megarace is 1,001 km long and it has been organized for the first time this year.

The Megarace was originally planned to include three countries: Germany, the Czech Republic, and Austria, but due to the outbreak of the coronavirus, the entire route was designated to Germany. However, the organizers hope to run the race in three countries in 2022 as originally planned. The organizers have set a time limit of almost two weeks, 327 hours, or 13 days and 15 hours, and runners must finish by midnight on Saturday to complete the race.

Barta completed the 24,000-meter distance in 254 hours and 12 minutes, which means he ran for more than a week and a half, basically without stopping. The difference in altitude also made the race more difficult.

By the time Barta crossed the finish line late Wednesday night, he had beaten second-place runner, Simon Gfeller, who finished almost 12 hours behind Barta on Thursday morning, by about 40 km.

He celebrated his win by popping a bottle of champagne:

In 2015, Barta won the Goldsteig Ultratrace, Europe’s longest cross-country race at the time, but he also became the first to complete the 152-kilometer Börzsöny power trial, The Circle, back in 2013. He is not the only Hungarian at the Megarace- István Juhász is also participating.

Those who are interested can track where participants are at the moment here.