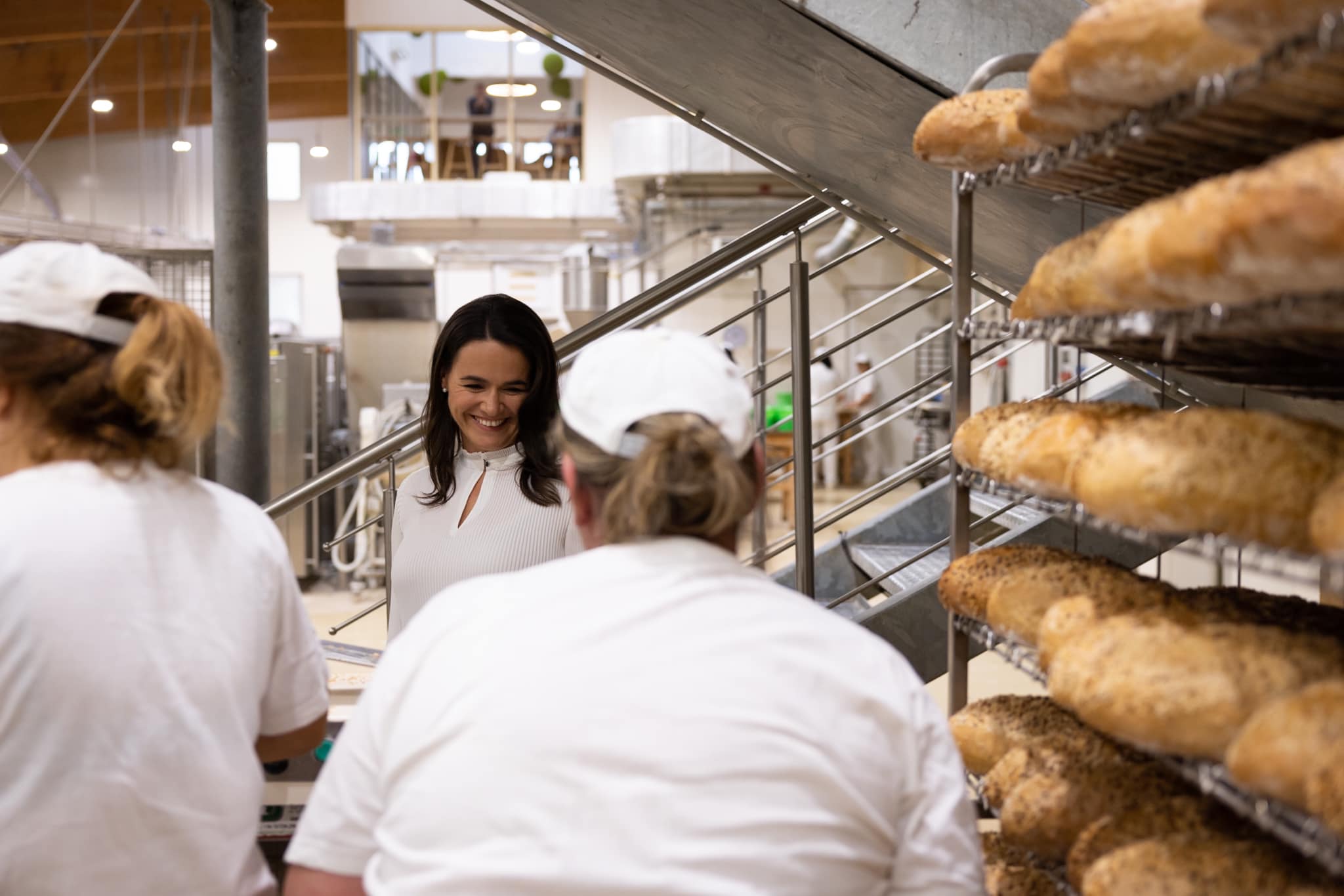 Hungarian President Katalin Novák announced on her Facebook page that she will be traveling around Hungary and visiting every county in the coming years. She already began her tour this week, visiting Győr-Moson-Sopron county, one of the western counties bordering Austria.

The president first visited Győr, where she met Péter Horváth, President of the National Faculty of Education. According to Katalin Novák, they agreed that “a satisfactory solution is needed as soon as possible to ensure the financial security of teachers.”

Among the stops on the rural tour were Mosonmagyaróvár and Lipót, with the latter home to one of Hungary’s largest and best-loved bakeries, the Lipóti Bakery. Here the President met the founding owner of Lipóti Pékség Kft., Péter Tóth, who is currently also the mayor of the village. Tóth told the president how he founded the company and what improvements have been made in recent years.

Novák visited the bakery plant, where products for the West Transdanubia region are made. The Hungarian President reported on the visit in a Facebook post, where she wrote that Lipóti Bakery, which also runs a few coffee houses, is known by almost everyone in the country.

“They are a real success story and a true Hungarian brand. Péter Tóth founded his family business thirty years ago, which already provides work for more than a thousand people all over the country. As local patriots, Péter and his family also work for the local community, and the success of his business benefits local people. They have a plan to get through hard times and help those in need,” Novák wrote.

The bakery started in 1992 with just four employees and a few village delivery points, and has since grown to become one of Hungary’s leading bakeries.

They have created products that are extremely popular among Hungarians, such as the Lipóti peasant bread, the Transylvanian potato bread, the Fitness croissant, and the nostalgia crescent that has been a hit for years.

According to the owner of the bakery,

it is necessary to produce lovable and affordable products that will please not only the elderly, but also the young, the family, and last but not least the wallet.

The products are now made not only in Lipót, but also in eight other municipalities throughout the country.

The automation of the factories is also in progress. For the 30th birthday of the bakery, the 21,000 square meter baking plant in Hatvan was inaugurated, 60 kilometers from Budapest, which has a significant capacity by Central European standards, Tóth told Kisalföld.hu.