At a monthly policy meeting on Tuesday, policymakers of the National Bank of Hungary (NBH) raised the base rate by 185 basis points to 7.75 percent. The central bank also expanded the two sides of the interest rate corridor by 135 basis points, with overnight deposits set at 7.25 percent and secured loans at 10.25 percent.

The overnight deposit rate and the collateralized loan rate mark the bottom and the top, respectively, of the central bank’s “interest rate corridor.” The base rate is paid on mandatory reserves.

On Tuesday, in an online discussion ahead of the interest rate decision, NBH Deputy Governor Barnabás Virág also announced that the “increasing number of challenges” require the base rate and the central bank’s one-week deposit rate to be brought to the same level on Thursday.

In a statement released after the meeting, the Council reiterated that maintaining tighter monetary conditions for a longer period is warranted in order to manage increasing second-round inflation risks resulting from persistently negative supply effects. 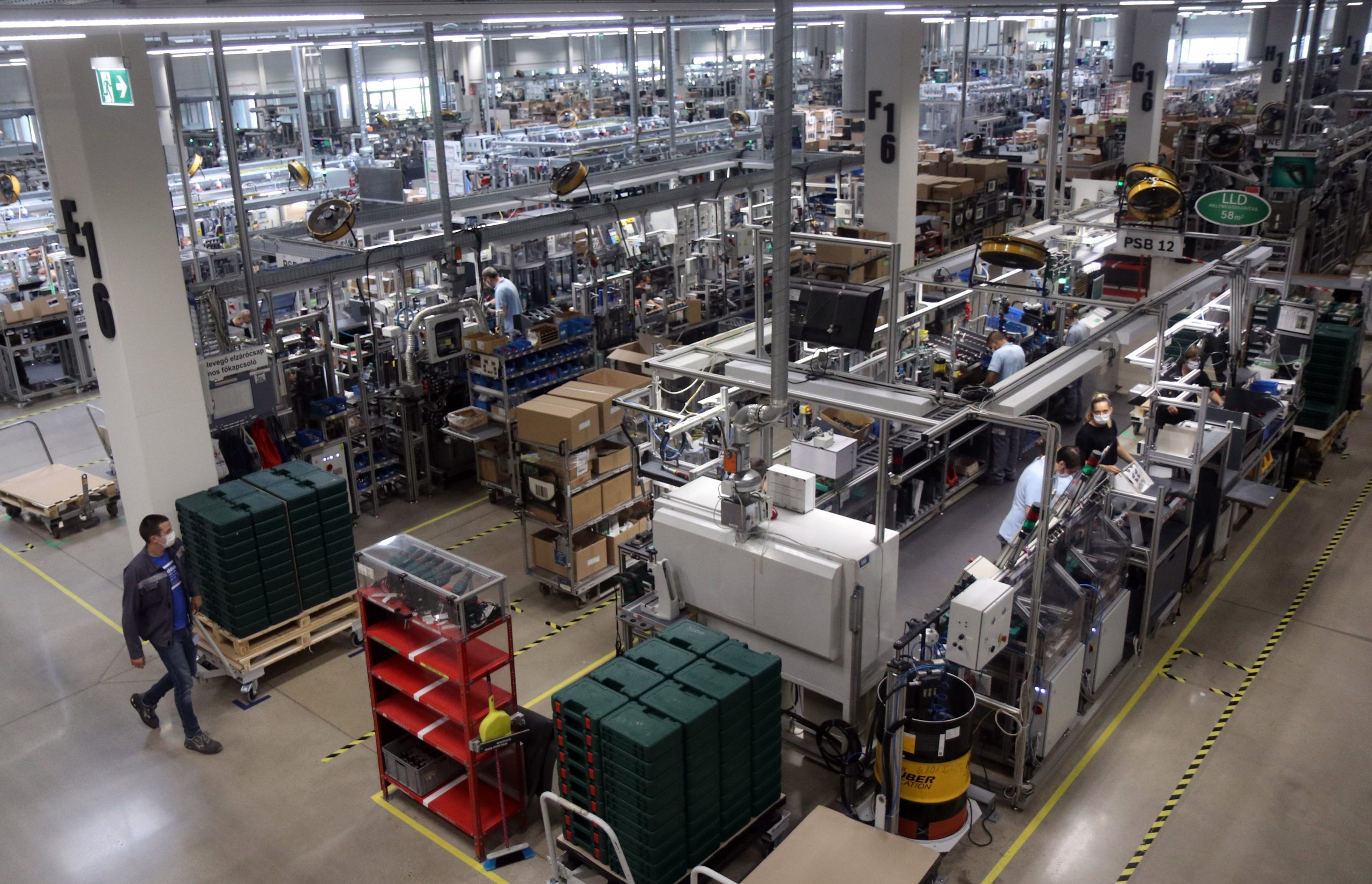 Most analysts agree that the rest of the year would give less reasons to rejoice in terms of GDP growth.Continue reading

“The Monetary Council will continue the cycle of interest rate hikes until the outlook for inflation stabilizes around the central bank target in a sustainable manner and inflation risks become evenly balanced on the horizon of monetary policy,” they said.

At a press conference after the meeting, Barnabás Virág said the NBH will be focusing on the fight against inflation “as the only thing worse than high inflation is prolonged high inflation.”

Virág said inflation could peak in the autumn and therefore further decisive and sustained interest rate increases will be needed in the coming months. The NBH is going forward month by month and will continuously make the decisions needed to achieve price stability, he added.

Analysts: The scale of the rate hike exceeds expectations

According to the leading expert of Századvég Konjunktúrakutató Zrt., both high inflation and the weakening of the forint justified the interest rate adjustment. Tamás Isépy said that the unusually massive increase in interest rates, which is in line with international trends, is primarily justified by the higher-than-forecast inflation path in the new central bank projection, which is the result of the war and the trend in commodity and energy prices.

The expert pointed out from the central bank’s statement that the base rate and the benchmark one-week deposit rate will be set at the same level. Monetary tightening may be necessary after that, so interest rate hikes may continue for the rest of the year, he added. 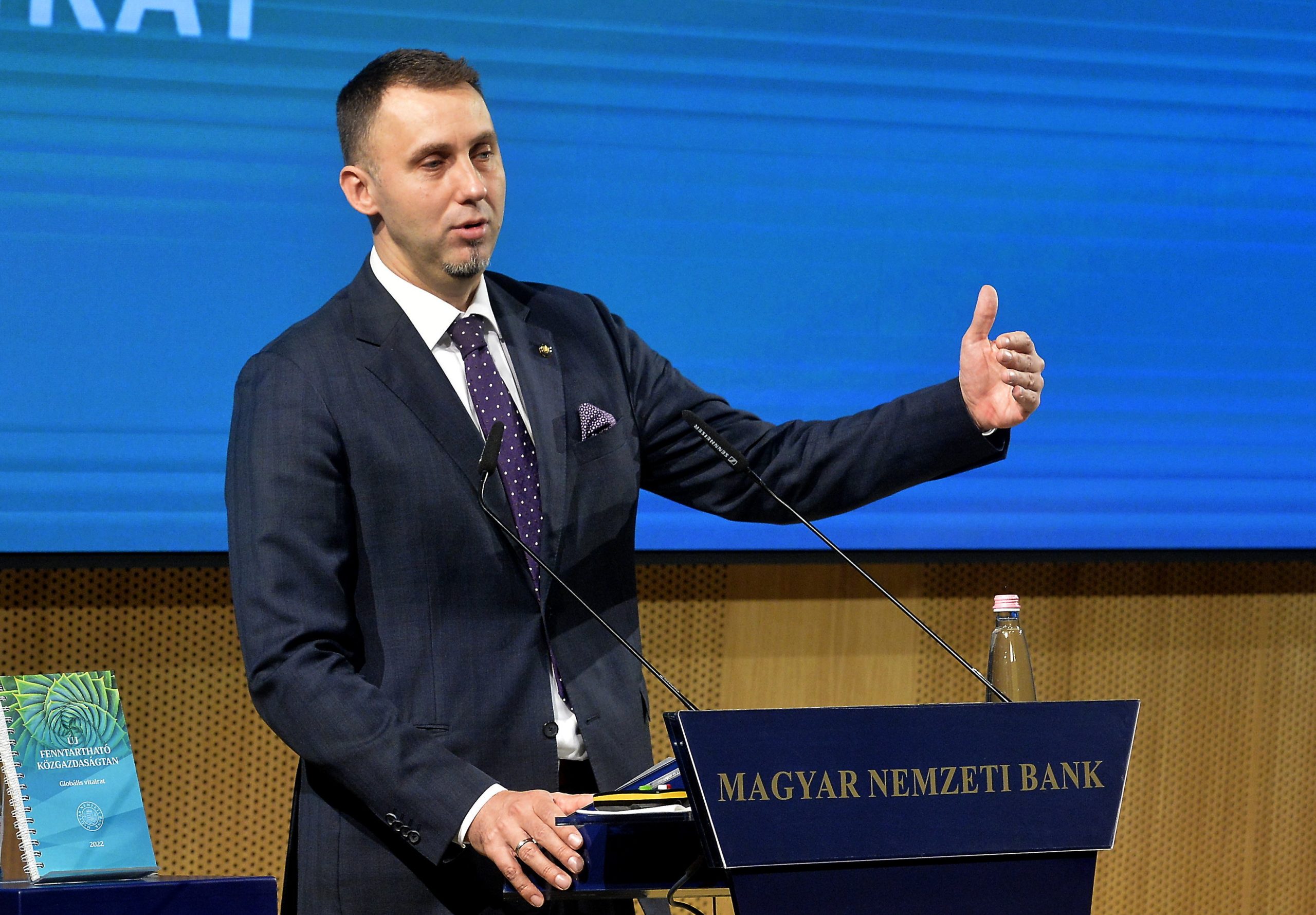 Virág said average annual inflation could be "around 9-10 percent" this year.Continue reading

Magyar Bankholding’s senior analyst expects the base rate to peak at 8.5 percent and then fall to 7.0 percent by the end of 2023. Gergely Suppan added that inflation is running high all over the world, with the prices of necessity goods especially increasing, so the decline in purchasing power will in itself put a brake on economies, which means that it is also important to refrain from over-tightening monetary conditions.

Zoltán Varga, an analyst at Equilor Investment Zrt., also deemed the extent of the rate hike a surprise, but noted that the NBH’s decision is not unprecedented. The United States announced a significant 75 basis point hike two weeks ago, and the European Central Bank, which last raised interest rates 11 years ago, may decide to do the same next month.