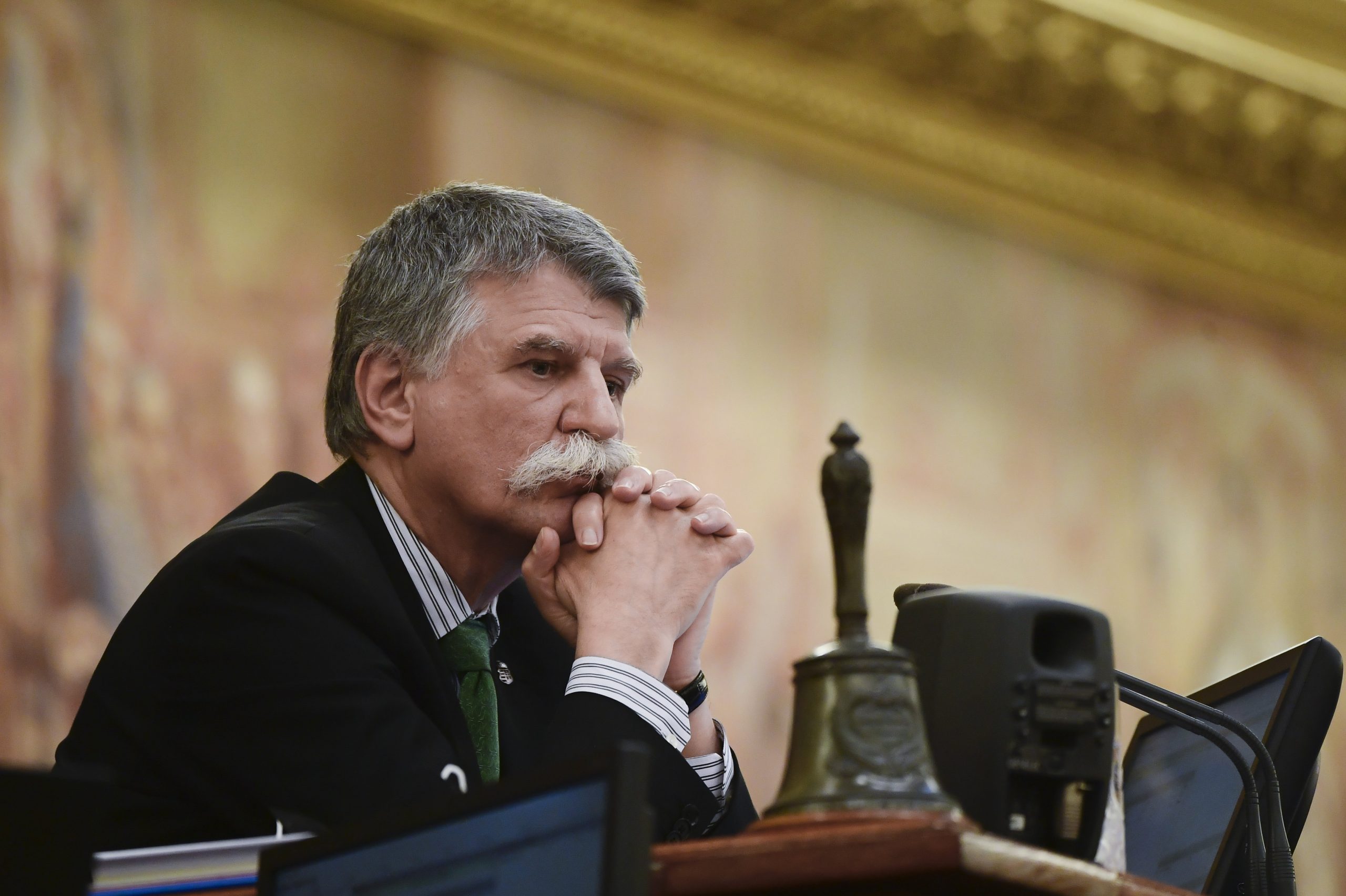 When discussing Europe’s future it is worth bearing in mind that, thanks to their common values, the bloc’s citizens are more united than divided, László Kövér, Hungary’s Speaker of Parliament, told a conference of speakers of the Council of Europe in Athens on Friday.

Speaking on day two of a meeting organised by the Parliamentary Assembly of the Council of Europe (PACE), Kövér said in his speech that national identities and the mother tongue formed the basis of “our European identity” and that Europe’s strength derived from national parliamentarism and the successful cooperation of nations, as well as solidarity with national minorities.

He warned that European citizens felt their opinions no longer mattered and that confidence in European Union institutions as well as national democratic institutions was “dangerously waning”, adding that European democracies could be revitalised only if citizens had a say on real issues, starting from the expression of opinion at the national level.

“We in Hungary have been courageous enough to ask people about migration issues … and key issues regarding epidemic management through a new form of direct democracy,” Kövér said, adding that the opinions expressed in the National Consultation survey had been incorporated into parliamentary debate and government policy.

Kövér noted regional cooperation between the Visegrad countries (V4), which he said shared a history, traditions, culture and values.

Hungarians, he added, were lucky to live with 13 national minorities in Hungary, adding that the Fundamental Law describes minorities as elements that forge the state. They are represented at both municipal and parliamentary levels, he added.

Referring to “indigenous national minorities in Europe”, he said Hungary believed in the right to prosper in one’s homeland while preserving national identity.

Kövér also said Hungary remained committed to sustainable development, noting that Hungary’s parliament operates the National Council for Sustainable Development, which he said was “almost unique” among the world’s parliaments”. Every two years, the council examines the country in terms of its environmental, economic and social sustainability, and he pledged Hungary’s readiness to share its related experiences.

Meanwhile, the speaker also noted a statement by the Visegrad Group and Western Balkan countries lined up to join the European Union urging the inclusion of candidate countries in the EU conference on the future of Europe. The heads of Council of Europe national parliaments were in agreement, he added, that Europe was a broader concept than the EU, so non-EU European countries should be given the opportunity to contribute to shaping a common European future.