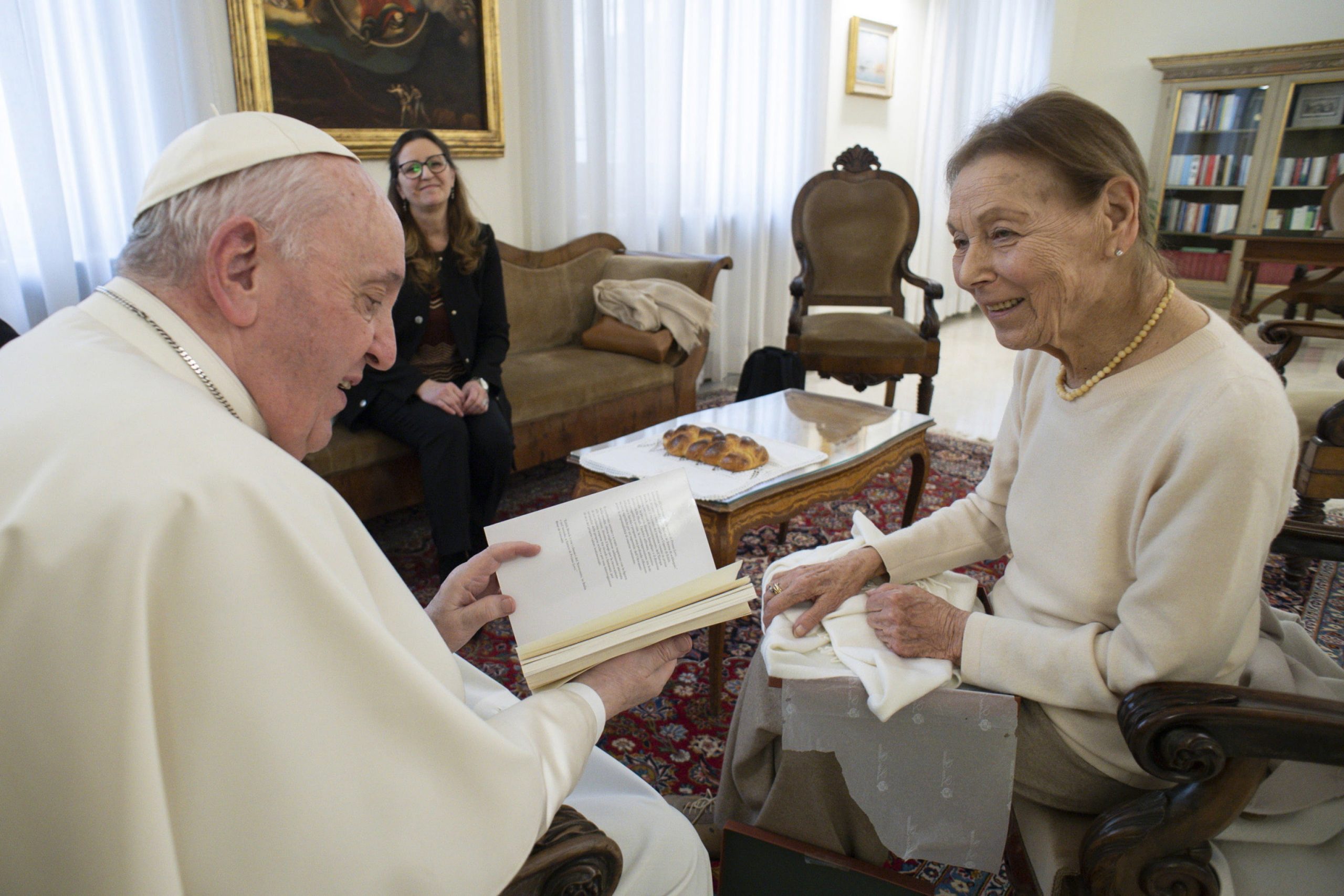 Pope Francis received Hungarian writer Edith Bruck, who survived the Holocaust as a child, in his residency in the Vatican on International Holocaust Remembrance Day on Thursday. It was not their first time meeting, however. All over the world, people commemorate “International Day in Memory of the Victims of the Holocaust” on January 27th, as it was on that very day in 1945 that the Auschwitz-Birkenau concentration camp was liberated.

The head of the Catholic Church received the 90-year-old writer at the Saint Martha’s House where the Holy Father has resided since his election in 2013. During the hour-long meeting, they agreed on the importance of passing on to young people the memories of the past so that the same tragedies do not happen again.

Pope Francis visited the writer in her home in Rome last February to apologize to her on behalf of humanity for what happened during World War II. 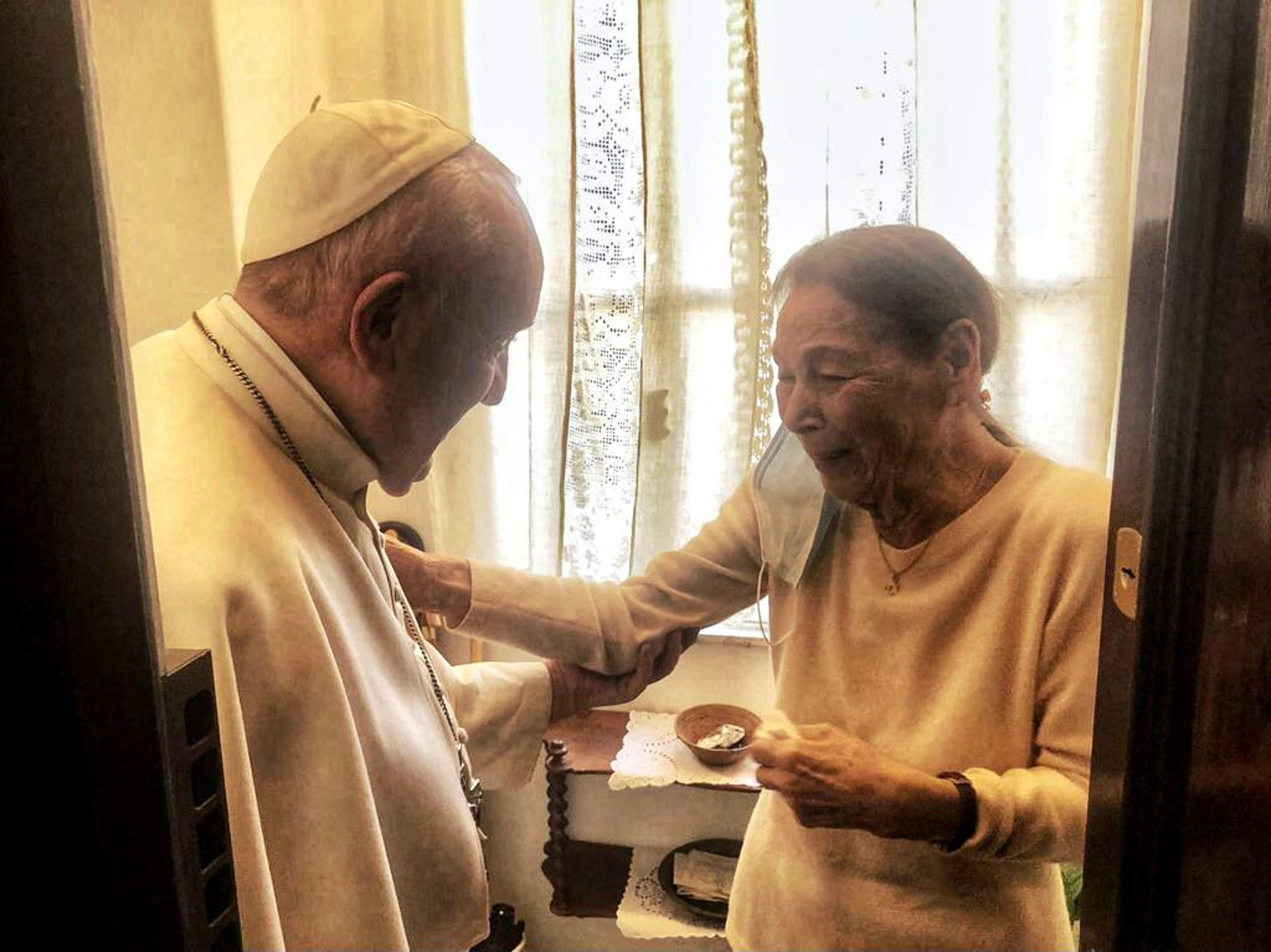 Pope Francis paid a personal visit to the home in Rome of Edith Bruck, a Hungarian writer who survived the Holocaust, the office of the spokesman of the Holy See said on Saturday. During the hour-long visit, the two spoke about the time Bruck had spent in the concentration camps, as well as about the […]Continue reading

Edith Bruck was born in 1931 in Tiszakarád, eastern Hungary, into a Jewish family, and her entire family was deported during World War II. She was taken to several concentration camps, including Auschwitz, Dachau, and Bergen-Belsen. Her mother died in Auschwitz, her father in Dachau, and only she and her sister survived. As a writer who has lived in Italy since 1955, she was named one of Italy’s top five writers in the 2021 Strega Prize for her book “The Lost Bread.” In July, she was named vice president of the Dante Alighieri Society for the dissemination and protection of the Italian language, and in August she became one of the winners of the Italian literary Viareggio Prize.

“My books have all been written in pain,” she says of herself. Her first book, Chi ti ama così (Who loves you like this) is a confession about her childhood, the war, the camp, the escape. It was even called “The diary of the Anne Frank who survived.” After twenty years she felt strong enough to return to her native village. This visit is recorded in a story (which was also made into a film) published with two other stories in “Due stanze vuote” (“Two Empty Rooms”). She has written numerous novels and short stories, and translated the works of several Hungarian authors into Italian, including Attila József, Miklós Radnóti, and Gyula Illyés.

After being freed from the camps, she looked for a place to settle, and Israel seemed to be the solution, where many Holocaust survivors found a home in those years. In 1948, at the age of sixteen, the already married Bruck chose Israel as her home, where she lived until 1954. Then she moved to Italy and became a writer.

In 2005, the United Nations designated January 27th as the International Day in Memory of the Victims of the Holocaust, because the Auschwitz concentration camp was liberated on that day in 1945.