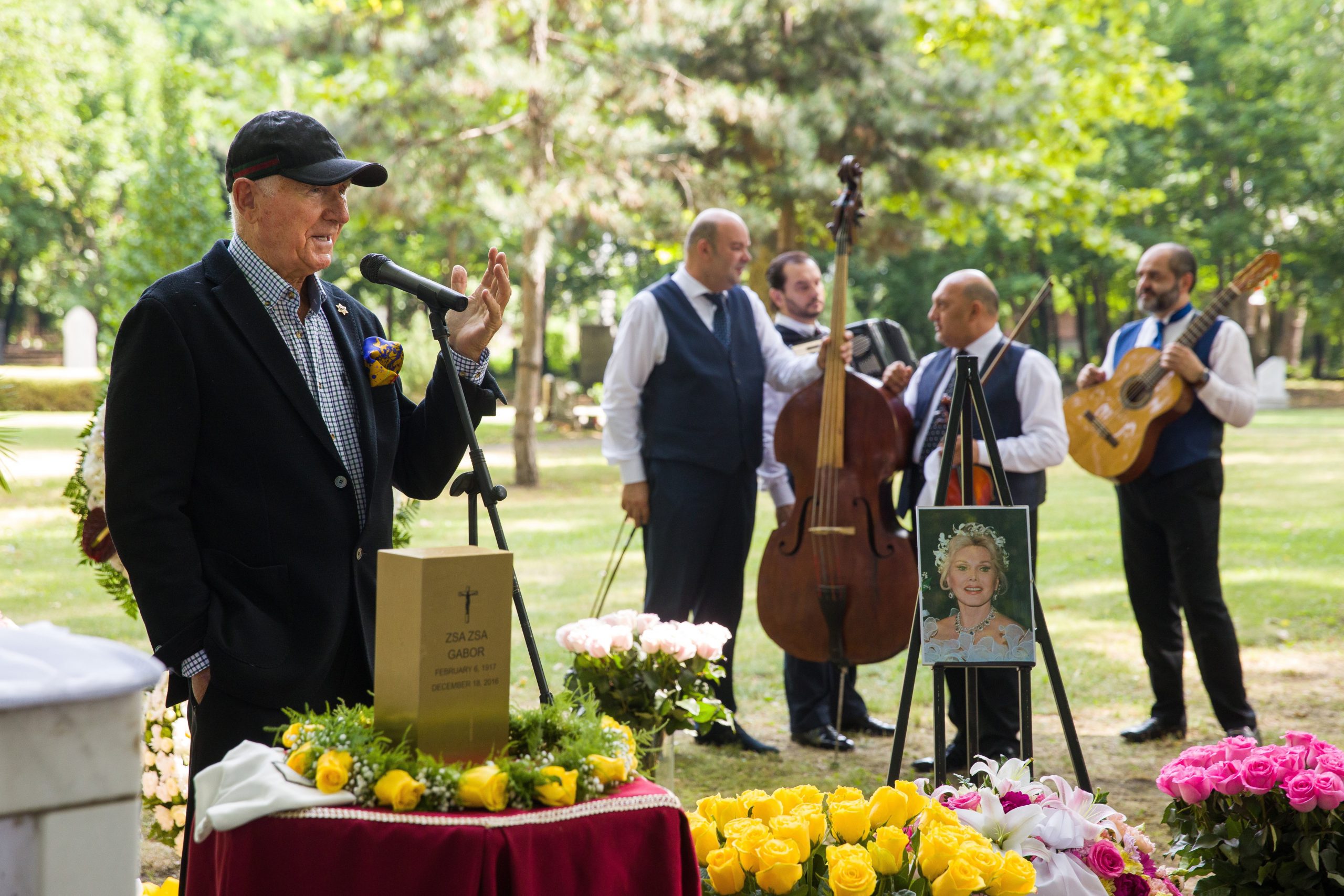 The ashes of Zsa Zsa Gábor were laid to rest on Tuesday in the Fiumei Street graveyard in Budapest, almost five years after her death.

Prince Frédéric von Anhalt, the Hollywood celebrity’s last husband, brought the Golden Globe Award-winning actress’s ashes from America, thereby fulfilling her wish to rest forever in her homeland. The National Heritage Institute and the Hungarian Hollywood Council were also involved in bringing her remains to Hungary.

A mourning ceremony for Gábor (originally Sári Gábor) was first held in Los Angeles in 2016.

Von Anhalt said at today’s ceremony that the event marked a celebration of the life of the actress. He said she had never forgotten her homeland during her career.

Éva Vándor, the actress who dubbed Gábor’s voice into Hungarian said Gábor had been the first real celebrity, “a Hungarian diva” from whom the American dream had come true. She described Gábor as “cheerful, humorous and brave”.

In his farewell speech, Balázs Bokor, the president of the Hungarian Hollywood Council, noted that Gábor hadn’t reached celebrity status via Facebook or Instagram. She had remained a Hungarian for her entire life, he said, and while “Zsazsa wanted to see the world, she always thought of Hungary.”

Bokor also noted that plans for a Hungarian film chronicling the life of Gábor was in the pipeline.

Gábor was among the few Hungarians to have received a star on Hollywood’s Walk of Fame.

In 1936, Gábor became a Miss Hungary and moved to America with her family five years later.