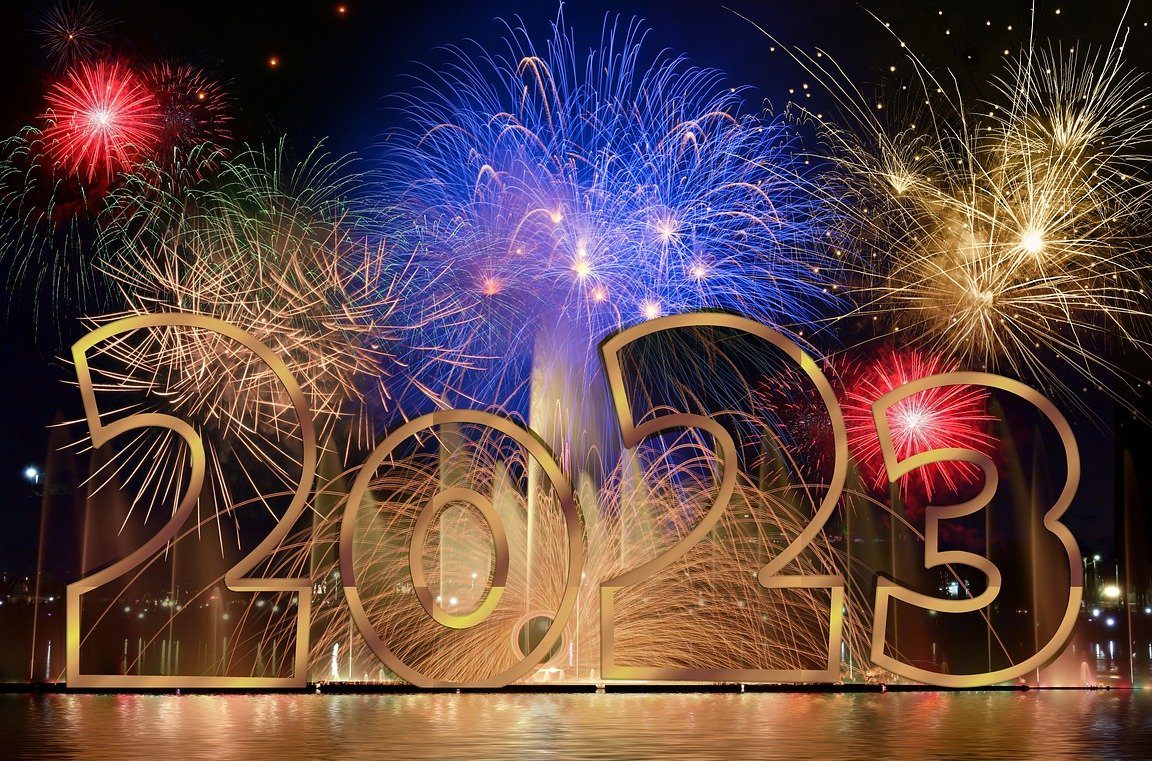 New Year’s Eve celebrations have passed peacefully and safely across the country, as revelers have spent the night and early morning on the streets and around various venues celebrating the coming year.

In the country’s picturesque northern town of Esztergom the traditional New Year’s Eve Roman Catholic Mass had taken place at the Primatial Basilica of the Assumption of the Blessed Virgin Mary and St Adalbert, also known as the Esztergom Basilica. The holy mass was celebrated by Cardinal Péter Erdő. 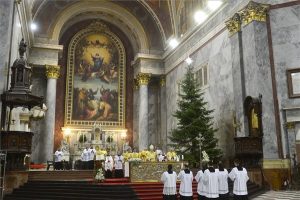 Those hardy enough have taken a plunge in the icy waters of lake Balaton. Although the weather was unusually mild, at some places over 10 degrees, this type of entertainment certainly was not for everyone. 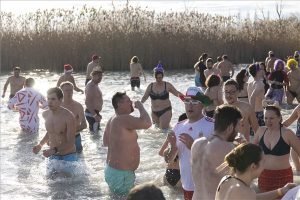 The traditional New Year’s Eve horse-racing has also been taking place at the capital Budapest’s famous Kincsem Park. This is a popular entertainment not only among sports fans, but also with young families. Entry to the race is inexpensive, snack and drinks are available from stands and for the adults betting is allowed. 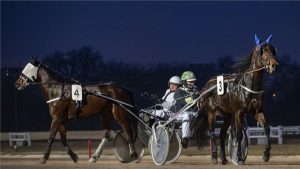 More good news for our southern neighbors, Croatia, and of course those who plan to travel to the sea in the summer. Croatia has been granted access to the EU’s Schengen document-free travel zone from midnight, and the lifting of barriers has been celebrated jointly by Hungarian and Croatian officials at one of the border crossings. 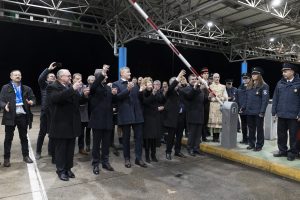 Hungarian and Croatian diplomats and MPs celebrate the final lifting of the barriers a the Letenye-Goricani border crossing at midnight. MTI/Varga György.

The President of the Republic has also delivered her traditional New Years address in the public broadcasters. In this Katalin Novák emphasized the need to pull pull together as a nation.

It is God’s miracle that our country is still standing,

the Head of State quoted Hungarian poet Sándor Petőfi, who was born 200 years ago today, and added how true this is today. She said that in the face of difficult life and circumstances, many people are still redoubling their efforts rather than fleeing. They stay on their feet, she said.
The head of state thanked all those who believe and trust in Hungary adding that “we are a strong, struggling, crisis-resistant nation. We are made of hard wood. We live at the crossroads of peoples, in a land of warmth. Where talent is not enough, where the foxy Hungarian wit, the ingenuity known from folk tales, is not enough. We have to work hard and diligently to achieve results,” she said.
“History has also taught us that our greatest weakness is discord, our greatest strength is unity. Now is not the time to be discouraged, but to pull together. Now we can make the loneliest feel that they are not alone,” Katalin Novák said in her New Year’s Message.”