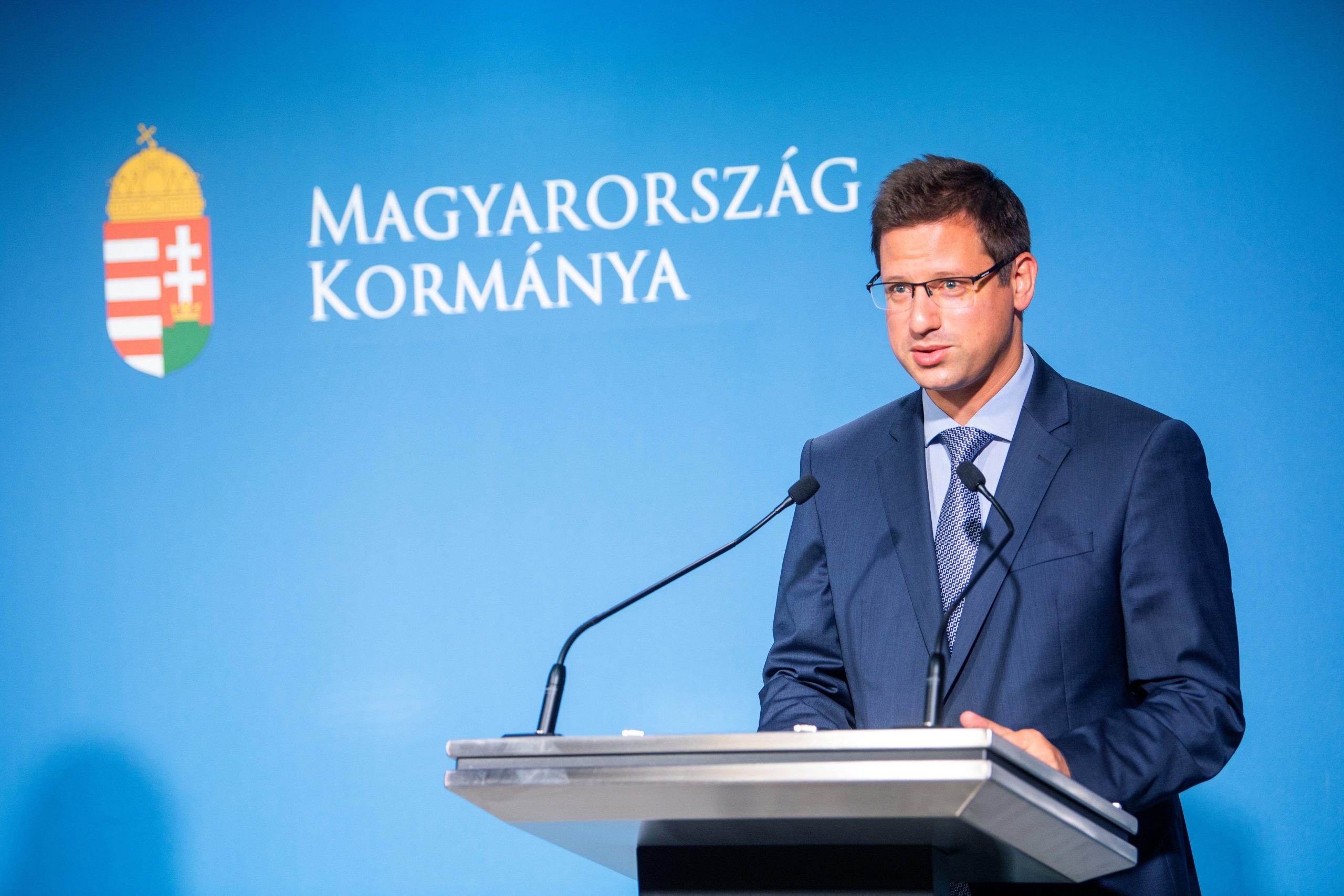 Brussels is trying to put pressure on central Europe but the EU itself is under increasing strain and it will have to “seriously reconsider its attitude” towards the region, the prime minister’s chief of staff said in an interview published by Polish conservative weekly Sieci on Monday.

Institutions of the EU have been “attacking” Poland and Hungary in the first place, Gergely Gulyás said. Most recently, Slovenia and Austria have also become targets because “Brussels bureaucrats cannot tolerate someone being different from them”. He also added that “in that sense Brussels is the capital of illiberalism”.

Gulyás said that “Brussels’ interfereing with Hungary’s domestic affairs is at an unprecedented level”, adding that the EU “fails to recognise that this part of Europe is different from the West… and they prefer risking the EU’s stability to adopting a flexible stance”.

He accused Brussels of being “unable to tolerate even the slightest difference in opinion” and “pursuing the principle that the law is a servant to politics, which is well known to us from the time of the Soviet Union”.

Commenting on EU funds to central European member countries, he said it was not a donation, considering that for instance Germany gains from the euro-zone and EU markets considerably more than the EU support it pays.

“We opened our markets at an early stage despite being very weakly capitalised and the West abused that situation,” he added and cited former commissioner Guenther Oettinger who said that out of every euro granted to the East, 70 cents would return to the West.

There is no reason for them “to handle the funds as a moral gesture” and in terms of historical categories “we do not owe them anything; quite the opposite”.

Commenting on the ruling parties’ “Child protection law,” he said he was in agreement with the view that it had provoked even fiercer anger from Brussels than the issue of migration because it involved a taboo subject. “Very many groups and minorities are getting protection in Europe, with one exception: the nations that have lived here for centuries.”

Brussels is under significant influence by NGOs that “focus solely on and live from” LGBTQ issues and that try to make a popular trend out of something that belongs to people’s private life. “We believe, however, that the protection of children is the task of the state,” he added. Adults, on the other hand, are free to live as they wish, he said.

In response to a question concerning whether the child protection law should be made lighter as a result of western criticism, he said “the greatest mistake we could commmit in politics is yielding to pressure when we are certain that we are right”. Instead of reversing on the issue, one should progress further ahead, which is why a referendum will be held in Hungary on the subject, he added.

Commenting on the continuation of Hungary’s family support policies, he said that consistency, stability and predictability were most important. “In this respect, it is vital that ruling Fidesz should remain in government,” he said, adding that citizens can consequently take comprehensive family support seriously and trust that it will not be withdrawn.