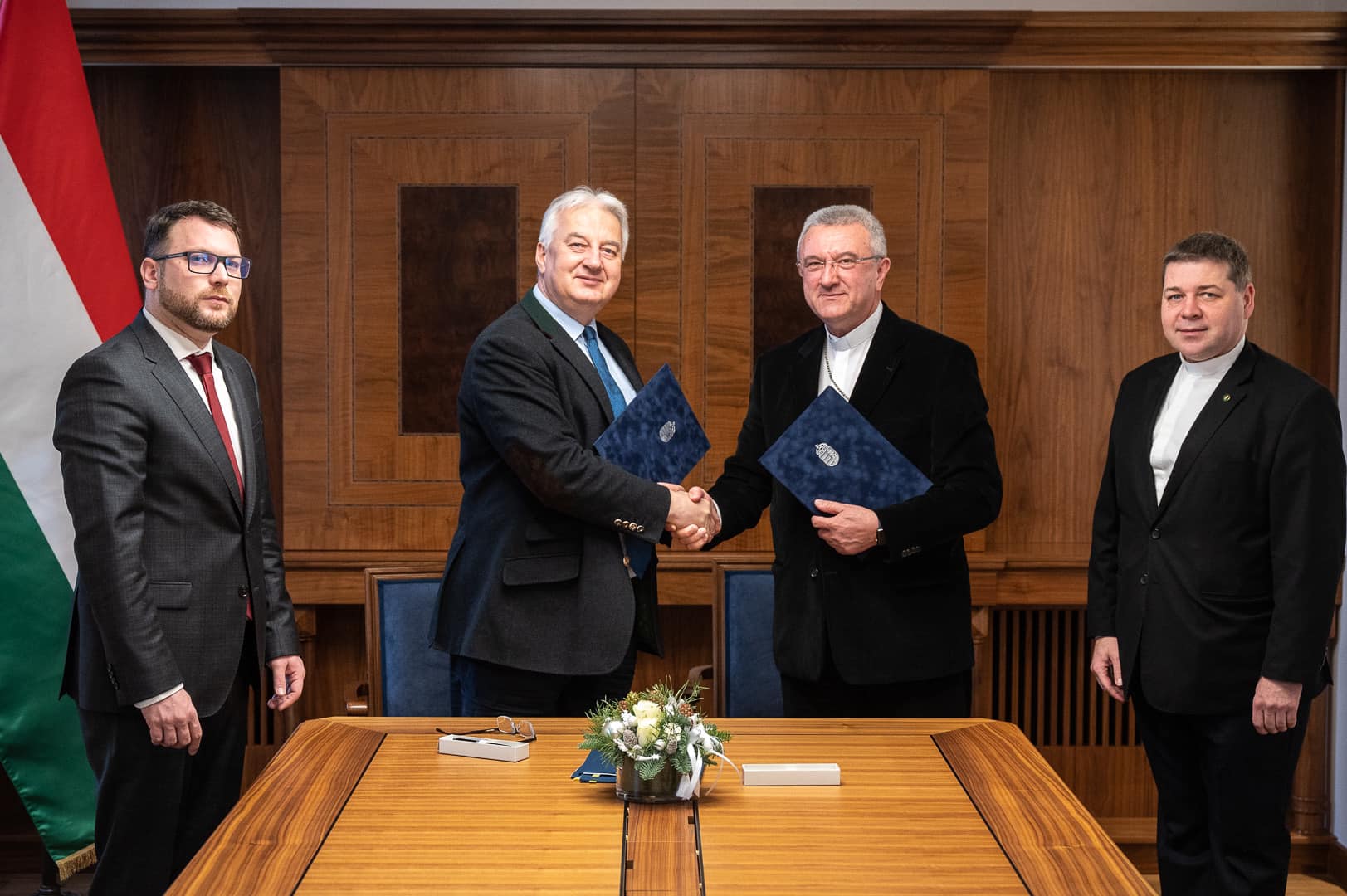 The Hungarian Catholic Bishops’ Conference (HCBC) and the government have signed an agreement on higher education institutions run by the Catholic Church, HCBC said on Friday.

The document has been signed by HCBC President András Veres and Deputy Prime Minister Zsolt Semjén, the statement said.

The agreement aims to ensure that Catholic Church-run higher education institutions, similarly to universities switching to a new, foundation-based model, provide the high standards of education focused on values and knowledge that meet modern demands and serve the whole of society, HCBC added.

The new agreement is an amendment to part of a comprehensive deal between the church and the state signed in 2010, it said.

Some 18,000 students attend the 11 higher education institutions run by the Catholic Church in Hungary.