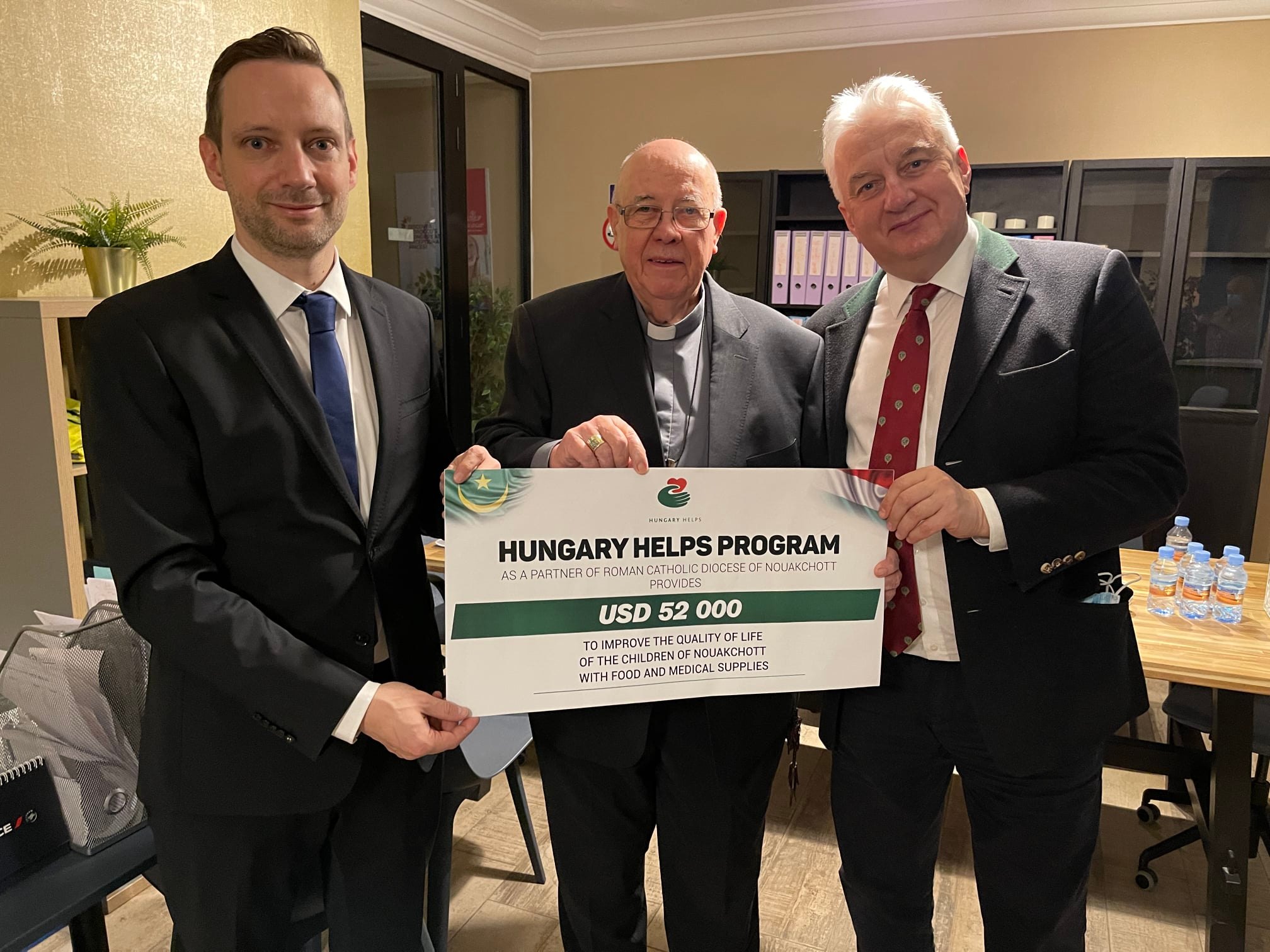 The government’s Hungary Helps Program is offering help in Mauritania, the prime minister’s office said in a statement on Tuesday.

Deputy Prime Minister Zsolt Semjén and Tristan Azbej, the state secretary in charge of helping persecuted Christians and the implementation of the program, have paid a visit to Mauritania for talks with state leaders and the Catholic bishop on humanitarian cooperation and the ways to prevent migration to Europe and promote inter-religious coexistence, the statement said.

The delegation attended an event at a church-run home for children with severe disabilities, supported by the Hungary Helps Program, and discussed the experiences gained from agricultural projects assisted by Hungary under the arrangements of the Great Green Wall project.

Mauritania is one of the least developed countries in Africa where people are especially hit by economic and security challenges and the increasing effects of terrorism and climate change.

Over the recent period more than a hundred thousand migrants set off from Mauritania each year, increasing the migratory pressure on Europe. The support provided by the Hungary Helps Program in Mauritania is in line with the Hungarian government’s principle according to which instead of bringing people in trouble to Europe, help should be taken to where it is needed, the statement said.