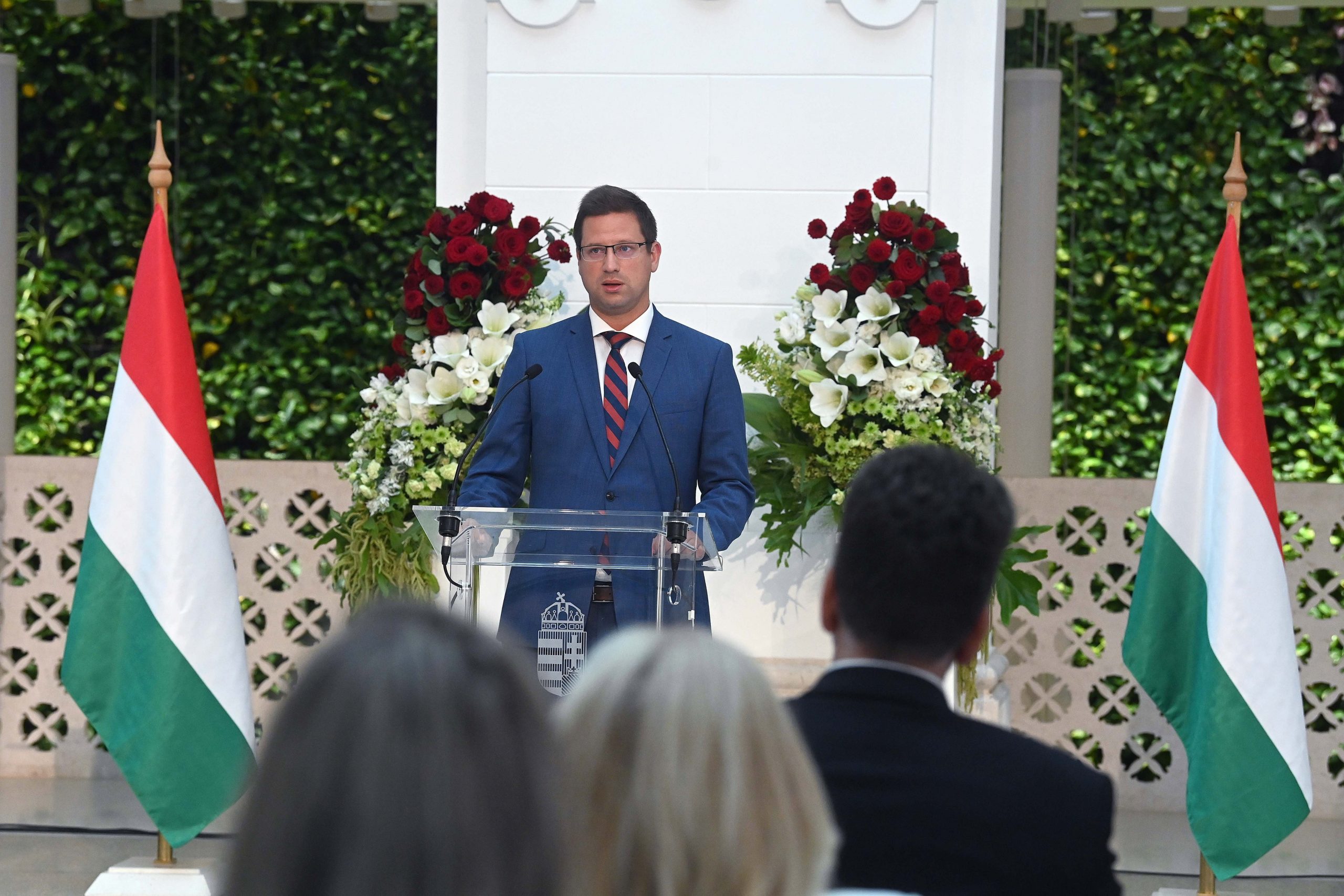 Hungary is one of the few ancient states of Europe, Gergely Gulyás, the prime minister’s chief of staff, said in a speech marking the August 20 national holiday, commemorating the founding of the state of Hungary in the year 1000 A.D. by St. Stephen, Hungary’s first Christian king.

Today there are hardly any ancient states in Europe similar to Hungary, a country that was capable of organizing itself, establishing its own public administration and enacting laws more than a thousand years ago, Gulyás said at the commemoration event of the Prime Minister’s Office.

Associated with this was Hungary’s adoption of Christianity and the diocesan system which had served the country for almost a thousand years until the post-WWI Trianon peace treaty, he said.

The survival of the Hungarian state is strongly related to its decision to choose sovereignty and independence, Gulyás said. It was because King Stephen accepted the crown from the pope that Hungary was not forced to become anyone’s “vassal” and that there was no secular power ruling over it, he added.

The king’s decision to make Hungary a Christian country meant that the country could be independent and survive, he said.

Gulyás said the second half millennium of Hungary’s history had been about a series of freedom fights when it was rare that the Hungarian state could be free without any foreign power risking that freedom.

“Yet despite all this Hungary survived because even back then the nation was strong enough when the country was occupied by foreign powers,” Gulyás said.

Hungary managed to survive even as other nations fell or did not exist yet, he said.

This was why, Gulyás said, Hungary needed to take part in all of today’s debates in Europe with the confidence of a thousand-year-old state.

The independence of the Hungarian state also means that it has a responsible government, he said, adding that Hungary had managed to hold its own in the fight against the coronavirus pandemic over the past year and a half.

Gulyás said that because Hungary today had more than 11 million citizens, every decision needed to be looked at in terms of its effect on the nation as a whole.

In the featured photo, Minister of the Prime Minister’s Office Gergely Gulyás holds a speech at the Károlyi-Csekonics Palace Ensemble. Featured photo by Noémi Bruzák/MTI