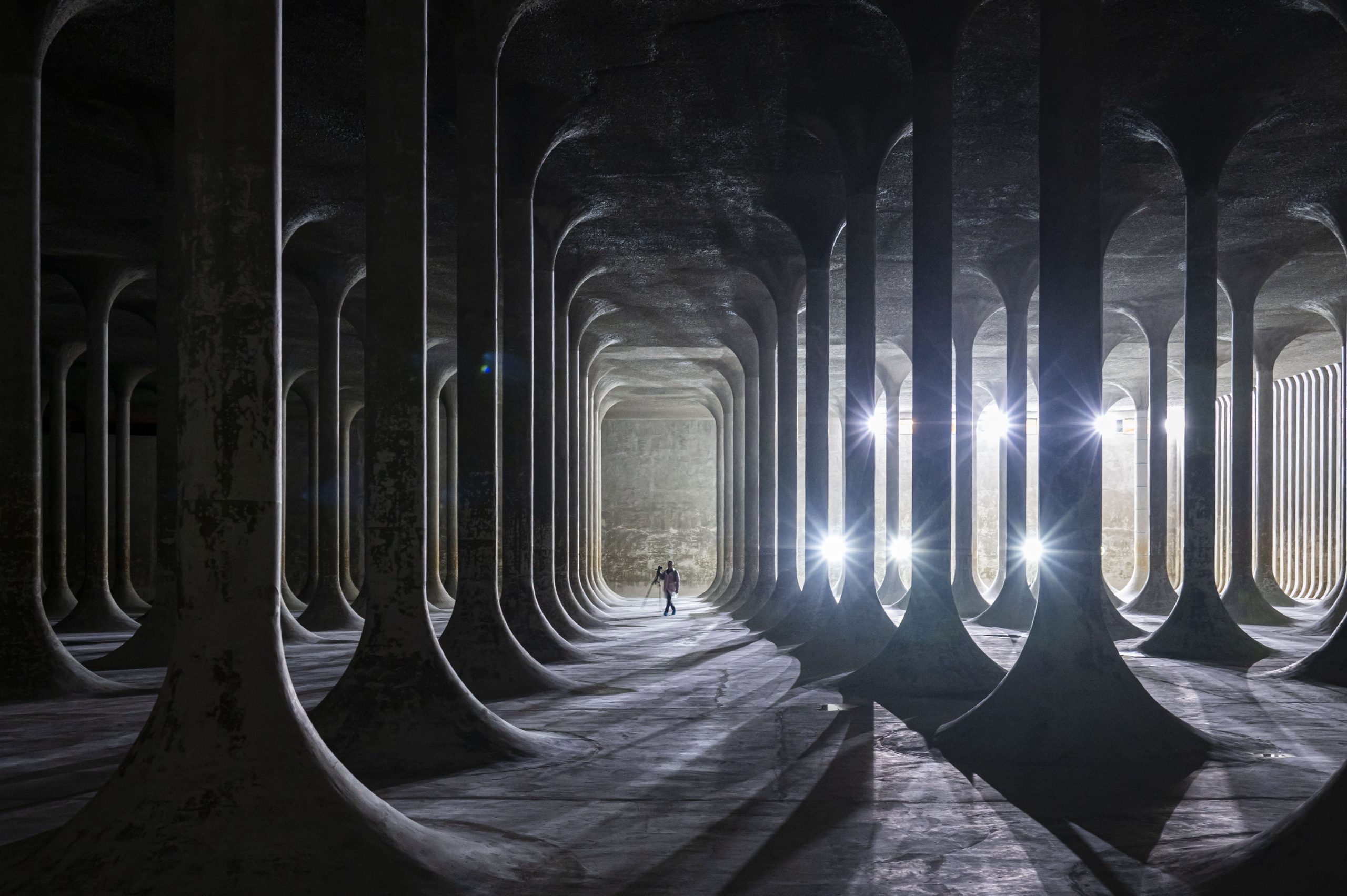 On March 22, World Water Day, members of the press were allowed into the Gellért Hill reservoir to photograph half of the two-chambered basin, which holds 80 million liters of water.

The Budapest Waterworks usually cleans the Gellérthegy reservoir in mid-March so that it can be visited in all its glory on World Water Day.

The reservoir is named after József Gruber, who was a mechanical engineer, professor, doctor of engineering, Rector of the Budapest University of Technology, Head of the Department of Fluid Mechanics, and Dean of the Faculty of Mechanical Engineering. He is internationally renowned for his research on fluid dynamics.

The reservoir is part of the fully interconnected Budapest water supply system, which receives about 70 percent of its water from the Szentendre Island, and about 20 percent from the Csepel Island and a few other smaller wells along the Danube. 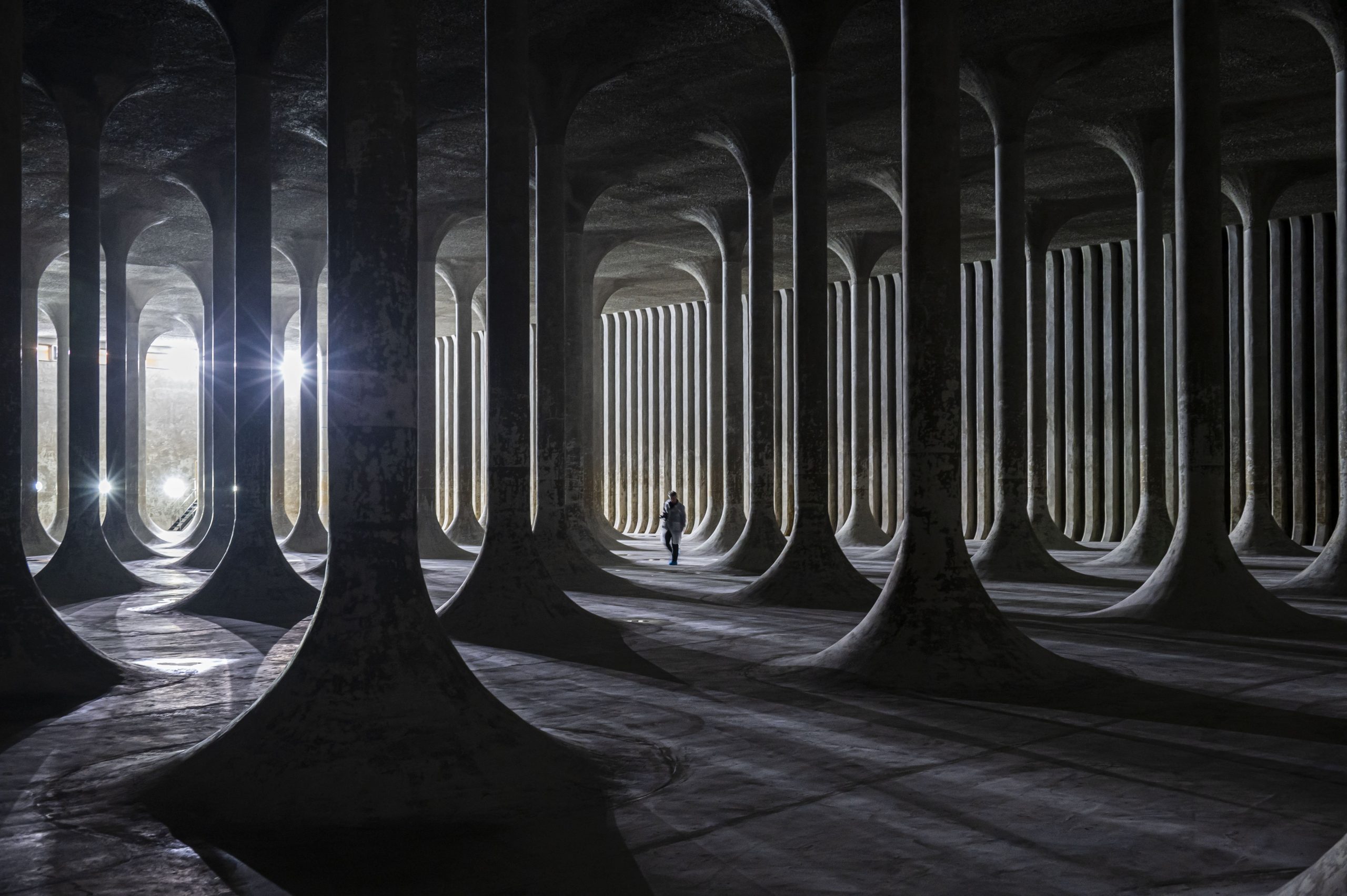 The picture above shows the second basin of the reservoir. One of the most spectacular and popular facilities of the Budapest Waterworks, the vast space contains 106 columns.

The water is pumped into the reservoir from filtered wells on the Danube, filled up at night, and then during the day as water consumption increases, the water column is lowered. 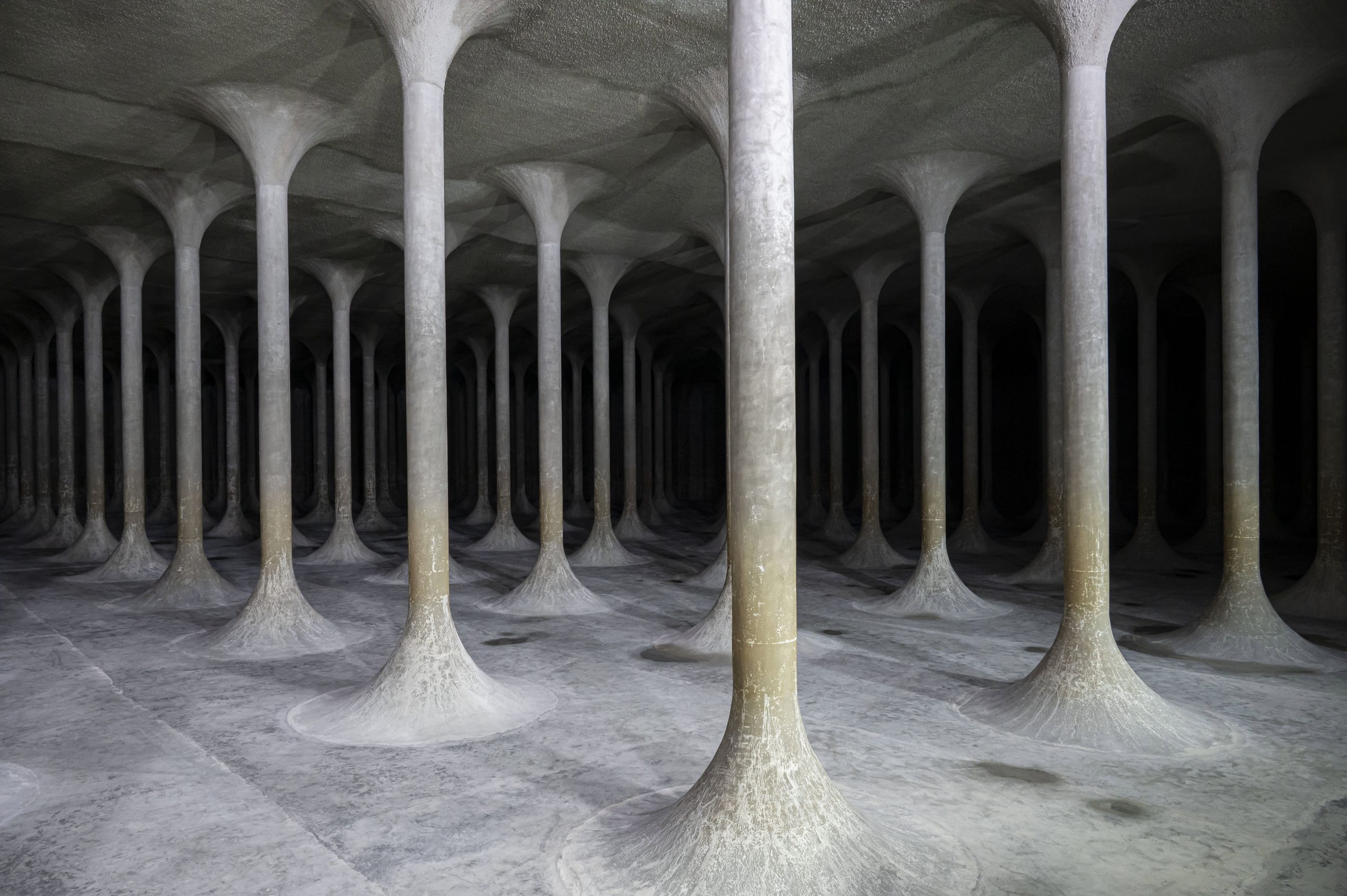 The reservoir was built between 1972 and 1980, based on the designs of engineer Dr. József Janzó. When they started to design it in the 1970s, there was little precedent for it, with a basin of this size having only been attempted in Munich.

The necessary space was created from the mountain partly by blasting and partly by digging. Each pool has a surface area of 5,000 square meters and a ceiling height of 8 meters. The water does not simply flow in and out of the pool: the flow is designed to avoid dead spots, i.e. areas where circulation would not be significant enough. 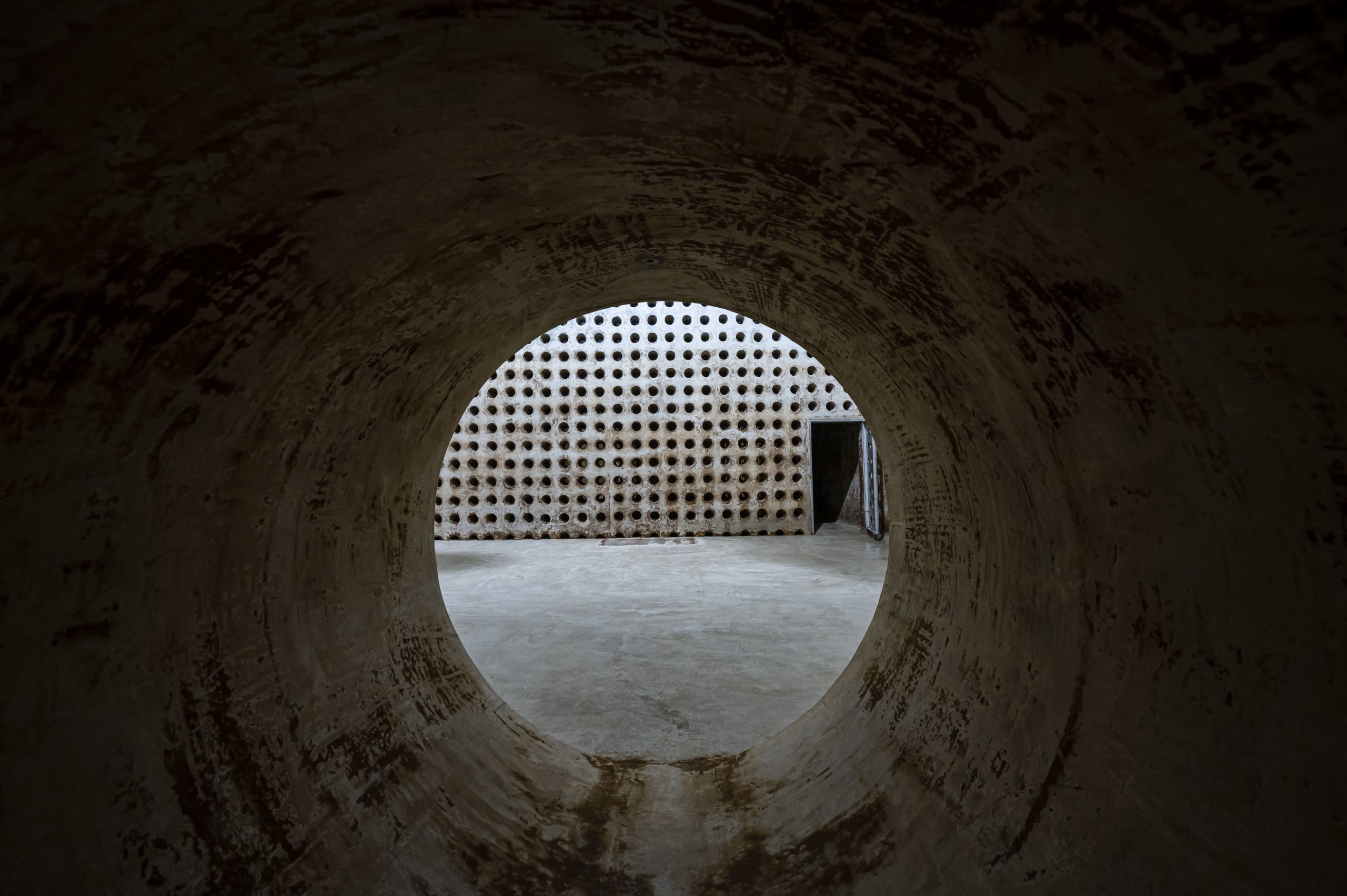 The inflow pipe at basin two. Photo by Zsolt Szigetváry/MTI

At the start of construction, a huge hole was dug in the hillside, 140,000 cubic meters of earth were excavated, and then came the foundations and concrete.

The sandy gravel was carefully selected, but additives were also added to the concrete to increase its compactness and waterproofing. The biggest challenge was to pour the bottom slab. For 41 hours, 25 mixer trucks delivered the concrete without interruption to the 30-centimeter thick slab, which covers an area of around 6,000 square meters. 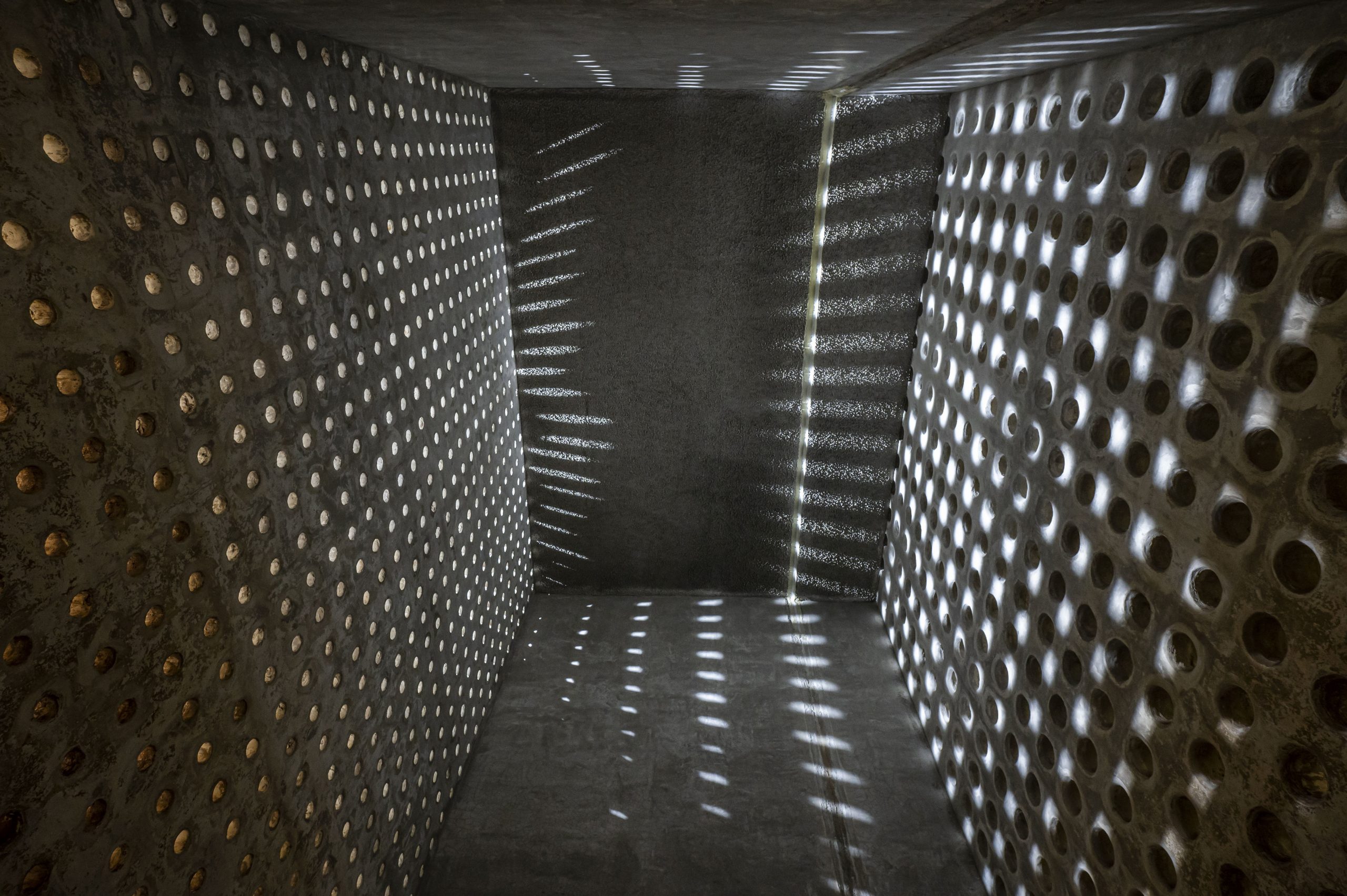 The shape of the pools is a piano shape, which is also necessary to ensure the freshness and quality of the water. An important aspect of the design was to avoid the formation of slack water or whirlpools around the columns, which can harbor micro-organisms that can degrade water quality. Based on model calculations, Gruber found that the piano shape was ideal for this and that if water is fed along a slotted distribution wall, no matter how high the water column, there is no stagnation. Gruber’s flow simulations were used for smoke and air injection, and their results were confirmed by a computer model run 35 years later. 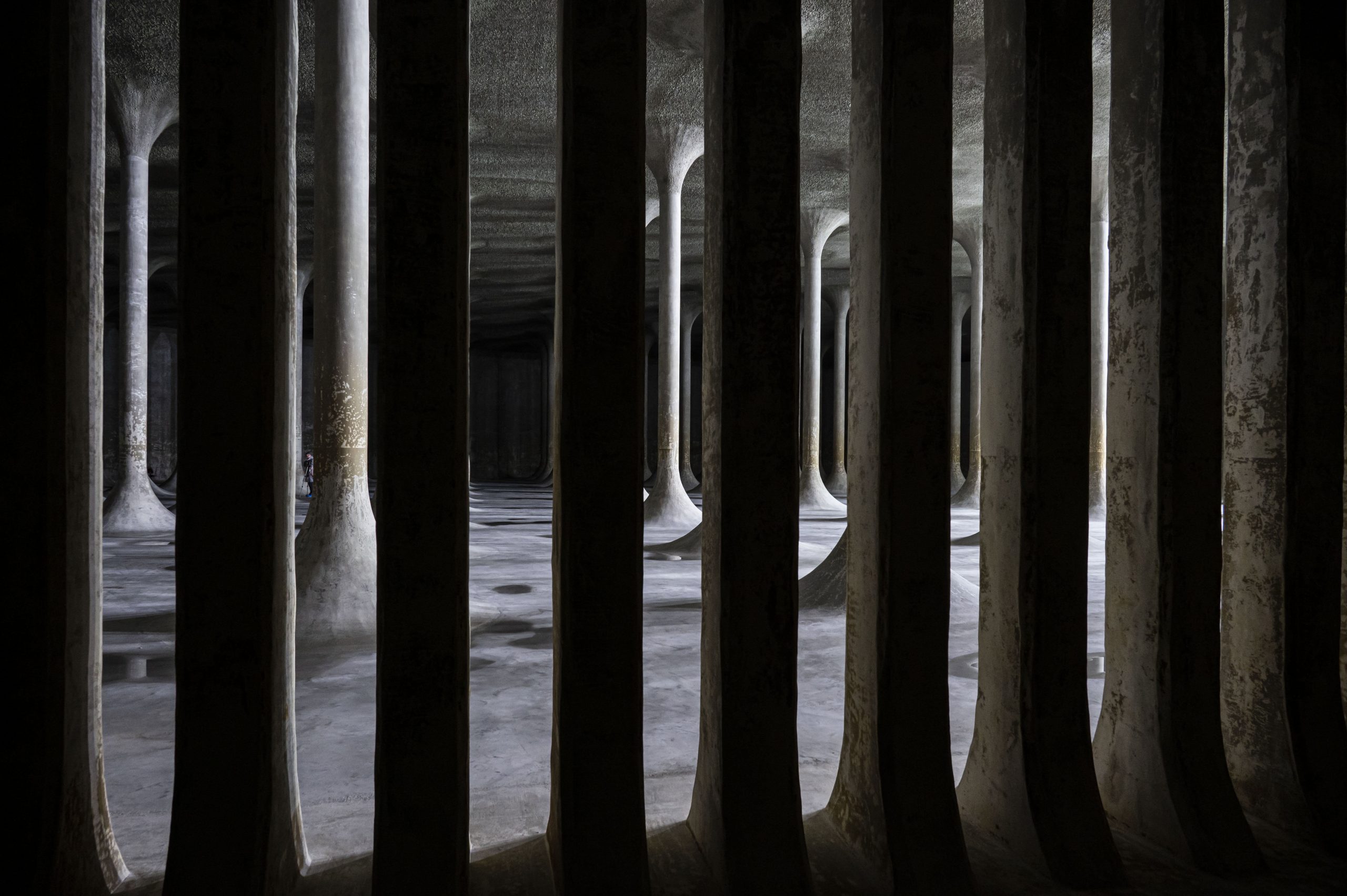 A basin was built on the south side of Gellért Hill in 1904 and again in 1950. The water company had calculated that by the year 2000 the capital could swell to 2.25 million and would need larger reservoirs. The estimate didn’t work out, and meanwhile, industrial water use fell, but the huge reservoir was completed between 1975 and 1980. The new reservoir was then connected to the two old ones by a pipeline about a kilometer long.