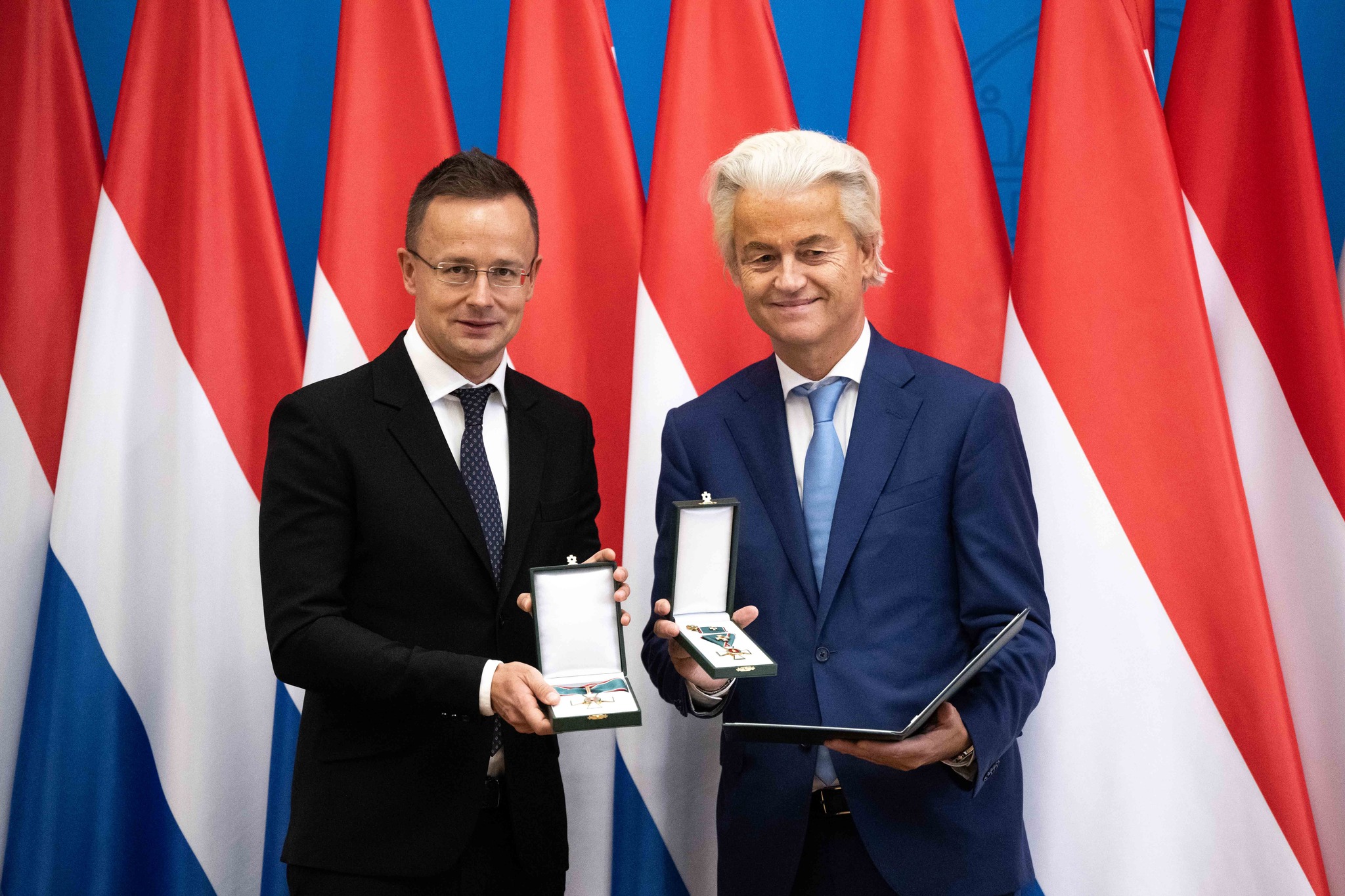 Hungarian Foreign Minister Péter Szijjártó presented the Hungarian Order of Merit to Dutch MP Geert Wilders and thanked him for his unwavering support of Hungarians.

Geert Wilders, member of the Dutch House of Representatives and Chairman of the Party of Freedom (PVV), received the Commander’s Cross of the Hungarian Order of Merit on Tuesday from the Minister of Foreign Affairs and Trade, Péter Szijjártó. The Order of Merit was awarded to Wilders by President Katalin Novák for his support for Hungary and his efforts to stop illegal immigration.

“The liberal mainstream hates anything conservative, Christian, or national. It considers the family an obsolete structure, and patriotism dangerous. The liberal mainstream wants to clear out anyone of its way who does not fall in line and especially those who are willing to talk about it openly,” the Minister added.

In this situation, he stressed, “we must especially value friendships and those friends who openly embrace them.” Hungary has friends. “One of Hungary’s friends is Geert Wilders, who is not afraid to take a stand when it comes to opposing migration, or to speak out when it comes to defending the sovereignty of European countries, the importance of peace, or the failure of sanctions,” Szijjártó went on. “Geert Wilders has always stood up for a good cause and for us Hungarians, which Hungary appreciates,” he added. 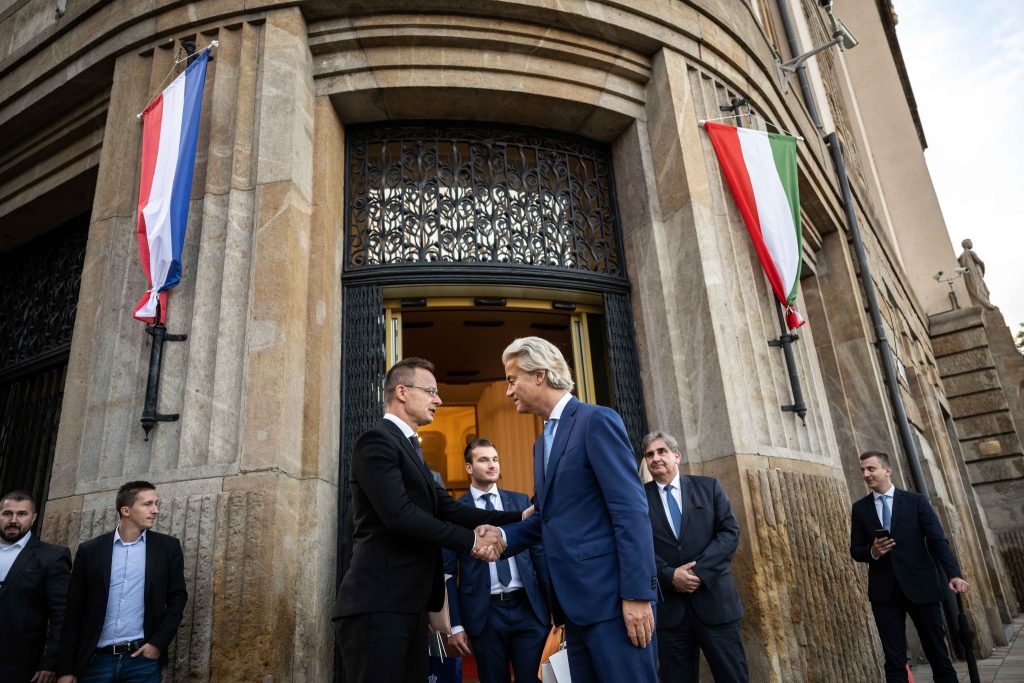 “Hungary is a country of giants, it has fought for its freedom for centuries. Today, Hungary is a proud nation and one of the bravest in Europe, defending Christian values from cultural relativism and progressive liberal views like no other,” Wilders said in his speech.

“Hungary believes in national identity and sovereignty, promotes patriotism, fights proudly for family values, and knows no compromise when it comes to freedom or justice,” he said.

Wilders said that Hungarians are role models for millions of people around the world and that Hungary has many supporters. He recalled that the Dutch and the Hungarians have had a special relationship for centuries. He said that Prime Minister Viktor Orbán is right to put Hungarian interests before everything else.

The Swedish, Italian, and Hungarian elections show that we are moving towards patriotism and conservatism, he said. Wilders added that this award makes him even more committed to fight for justice, which is not always an easy path, but it is the only right one. 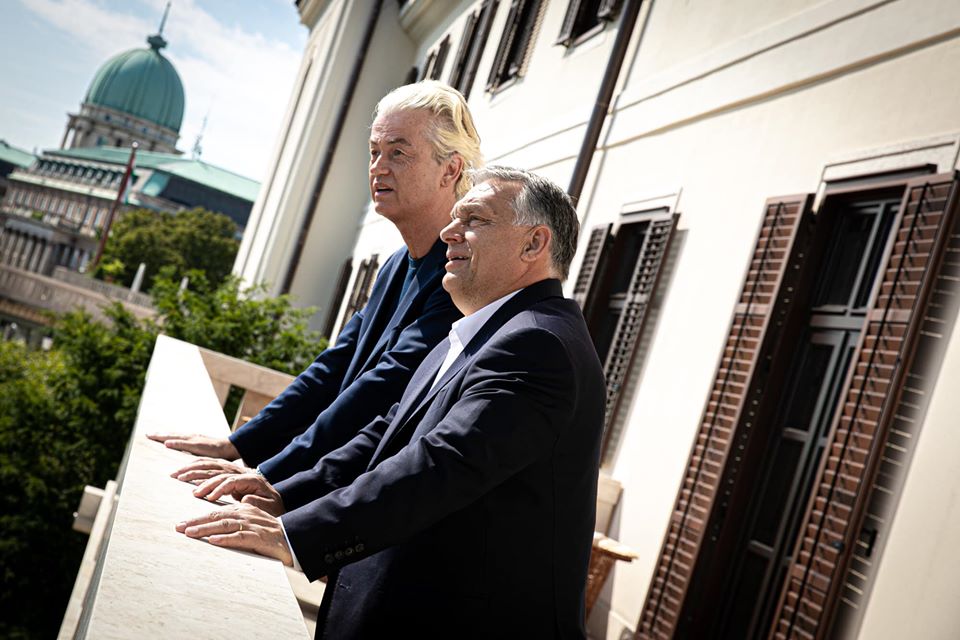 The politician known for his criticism of illegal mass-migration is also the leader of one of the largest Dutch opposition parties.Continue reading