Fidesz MEP: ’30 years after the collapse of communist dictatorship, they are curtailing our freedoms in the EU’ 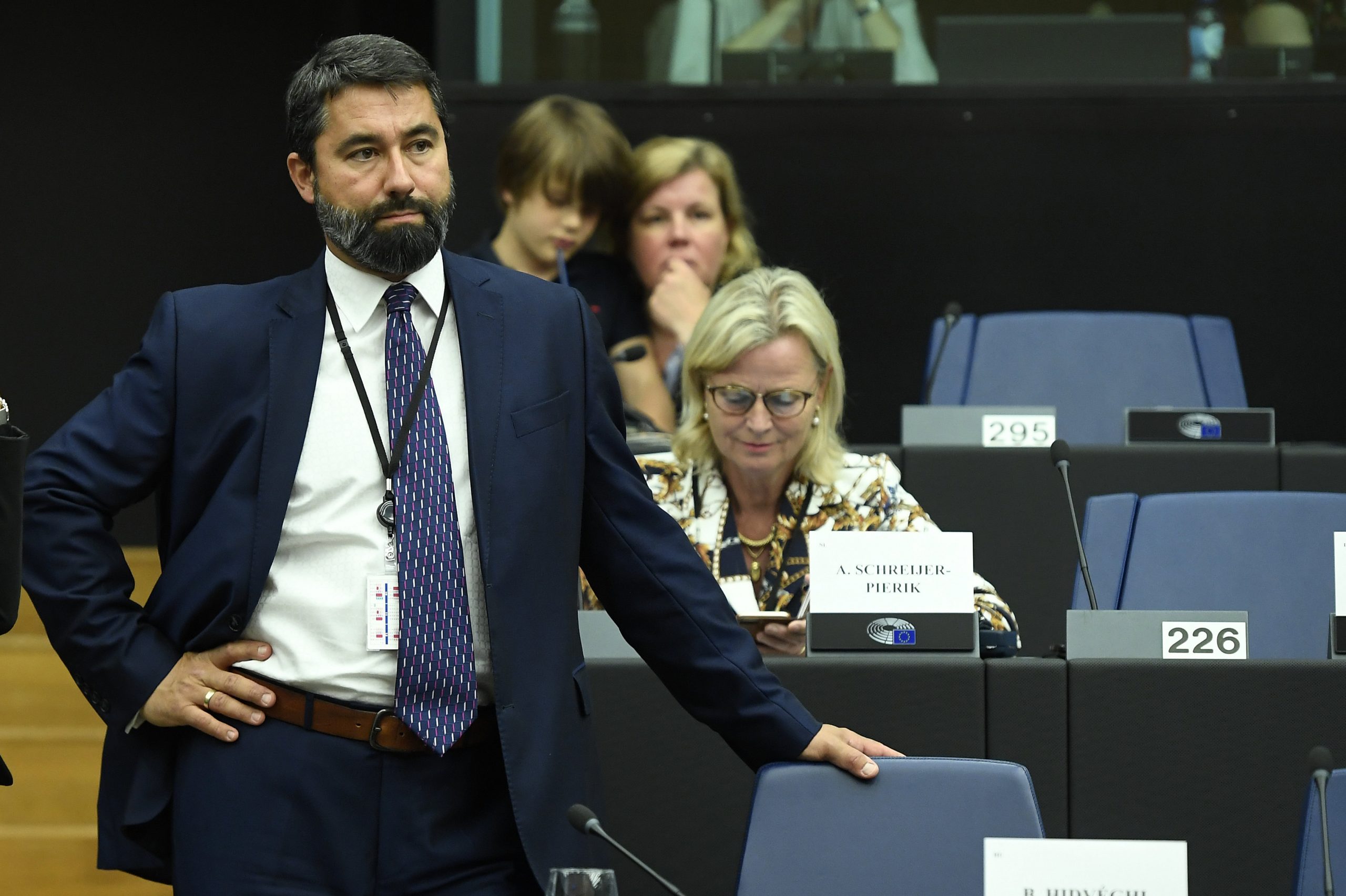 The Brussels representative office of the Foundation for a Civic Hungary has organised a conference dubbed Freedom at which conservative, Christian Democrat and right-wing members of the European Parliament exchanged their opinion in Brussels on Tuesday.

Tamás Deutsch, the head of ruling Fidesz‘s EP delegation, said that Hungarians regard freedom as the most important value. “We will protect this freedom the same way we protected it over the past one thousand years,” Deutsch said.

Over history, “others always wanted to tell us and force upon us how we should live, what religion we should follow, what form of state we should have, what language we should learn as a mandatory second language and what sort of relations we should maintain with other nations,” he added.

“Even in the 21st century, there are some who think that they can take our freedom away. There are still some who believe that only what they think is right,” Deutsch said.

“The battlefield for fighting for freedom has changed and the tools they use for exerting pressure are different,” he said. “The tools they use include introducing rule of law conditions, organizing hearings in Brussels, open society, introducing financial and legal sanctions, same-sex marriage, NGO campaigns and indoctrination in almost every area,” he added.

Related article
Orbán: 'Liberal Freedom-Based Democracies Can No Longer Give Sense to Europe'

Fidesz MEP Balázs Hidvéghi said that “30 years after the collapse of communist dictatorship, they are increasingly curtailing our freedoms in the EU”. The aim of the EU is not clear but there are sovereign nation states in Europe that should be working together, he said. “The arrogance of EU institutions, especially of the European Commission and the EP, gradually undermines mutual trust, making cooperation impossible,” he said. Hidvéghi said the majority still believe in the importance of traditions but the left wing has deserted them because of rejecting radical ideas.

Kinga Gál, an MEP of ruling Fidesz, said central Europe was a region that had suffered the greatest losses in the 20th century with its nations incited against one another. “But now, in the 21st century we must focus on what binds us together,” she said. Central Europeans love freedom and they insist on their traditional culture and values, all of which they had fought for in communist times, Gál said.

“We want to preserve Europe and keep it the way we’ve inherited it,” she said, calling family support policies, strong economic cooperation and interest coordination “stable pillars” of close cooperation among the four Visegrad Group countries.

She called indigenous national minorities “bridges to one another”, adding that “central Europe as a region must represent their interests as a bloc in discussions about Europe’s future.

Related article
Fidesz MEP Gál: We Are at a Key Moment in the Era of the Gigantic Duel Between Good and Evil

"In Europe, certain forces want to undermine sovereignty, national self-esteem, and the family as the forces that keep the individual alive with a great final attack," said Fidesz MEP Kinga Gál on the second day of the VII Friends of Hungary Conference.Continue reading

Fidesz MEP Enikő Győri said at the conference that freedom is highly important for central Europeans “as something that can never be taken for granted, something that you always have to fight for”. “That’s what Hungarians did in 1956 when they rose up against Soviet rule,” she said.

“Hopefully, we are no longer fighting for freedom with blood, but by clear reasoning. The challenges to European freedom are threatened by illegal migration and terrorism, but there are also internal attempts, such as the dictatorship of certain movements,” Győri said.

Javier Zarzalejos, of the EPP Group, called for a stronger representation of civic values while Hermann Tertsch of Spain’s VOX party spoke about “Brussels and the political Left getting more aggressive, fearing a different composition of forces in the next European Parliament”.

Harald Vilimsky, an MEP of Austria’s Freedom Party, said those who diverge from the mainstream in the EU are set to become outcasts. “This we cannot call a democracy because it means limiting the chance of any debate,” he said.

In his remarks closing the conference, György Hölvényi, an MEP of Hungary’s co-ruling KDNP (Christian Democrats), said that “the most practical tool in winning the battle against the radical left is to stand up for right-wing values”.