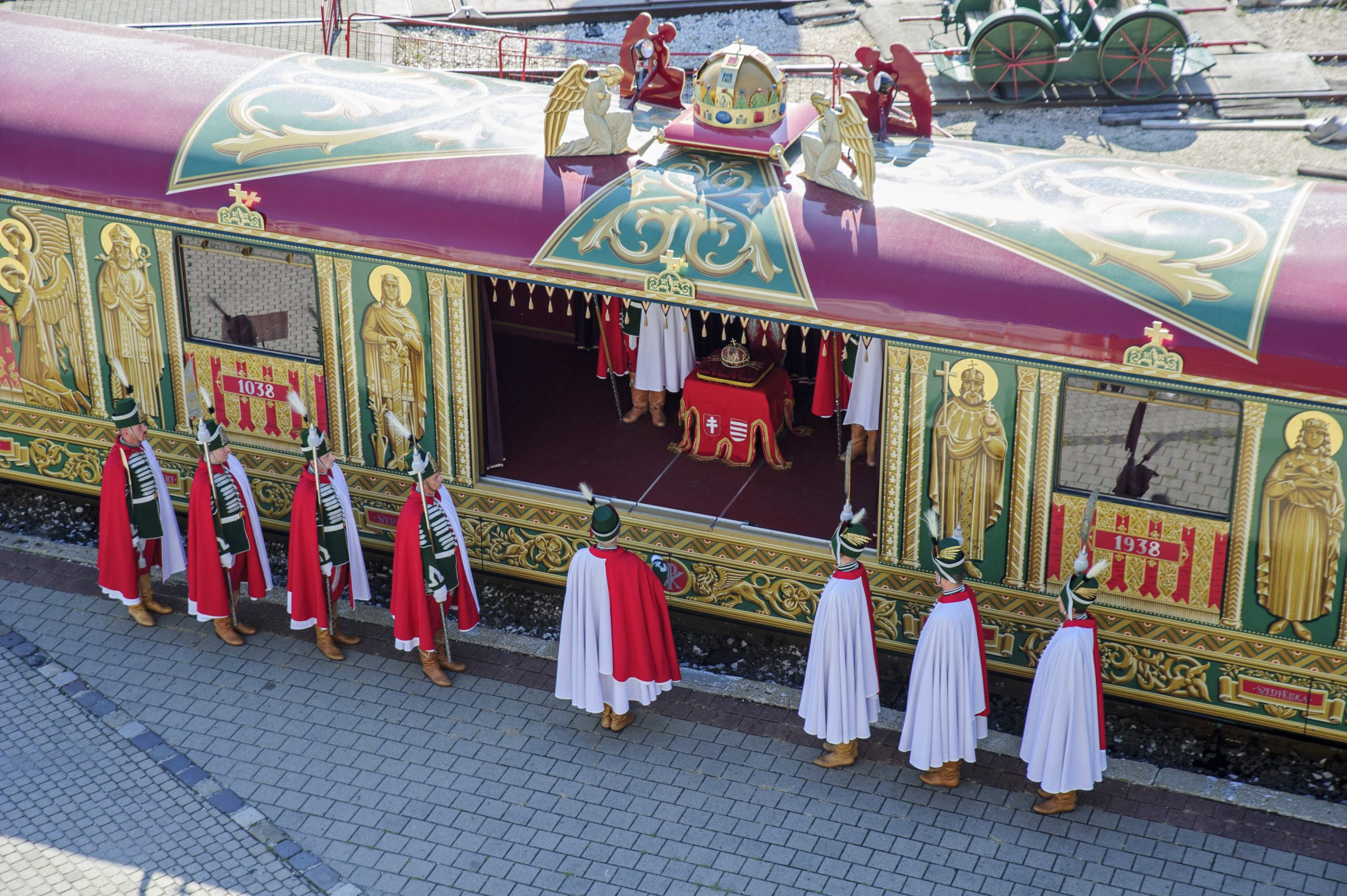 On the occasion of St. Stephen’s Day on August 20th, the legendary “Golden Train Wagon” will be on exhibition in Budapest’s Kossuth Square in front of the Parliament. The “Golden Train” was originally built in 1938 to transport the “Holy Right Hand,” (i.e. the right hand of King Stephen I) on the occasion of the 900th anniversary of his death for a tour all over Hungary.

Originally, the magnificent carriage was built in only four months. The “Golden Train” consisted of five wagons and the locomotive. Four luxury wagons were at the disposal of the ecclesiastical and secular notables, and between them was the “Golden Wagon,” which held the Holy Right. On the front of the locomotive was a huge cross, which shone in the evening. 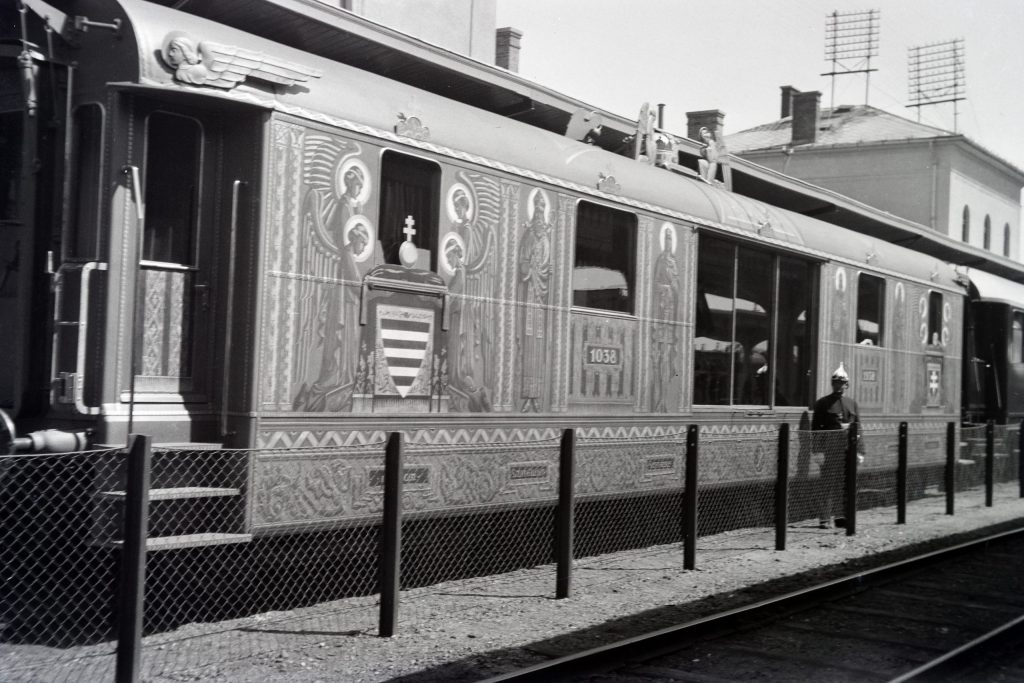 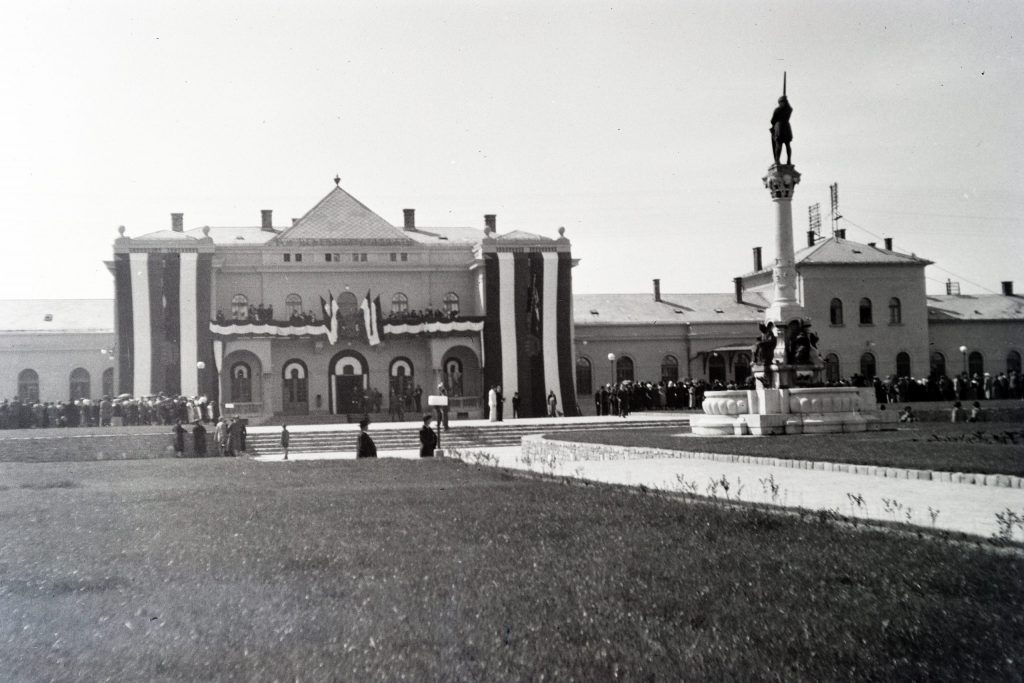 Decorated railroad station of Székesfehérvár at the arrival of the Golden Train in 1938. Photo: Fortepan/Márta Adelhardt

The “Golden Train” consisted of three parts: between the two small rooms where the crown guards were located, was the actual state room with the reliquary in the middle. The side walls were covered with purple velvet, the ceiling with white silk. The relic was illuminated with reflectors so that it could be seen from a further distance. The exterior of the carriage was painted in gold, silver, purple, and green colors, as well as the full images of the Hungarian saints Stephen, Gerhard, Gisela, Margaret, Mauritius, Ladislaus, and Elizabeth. On the ceiling was the enlarged copy of St. Stephen’s crown between two praying angels. The side walls of the carriage were built with sliding glass panes in a golden frame. 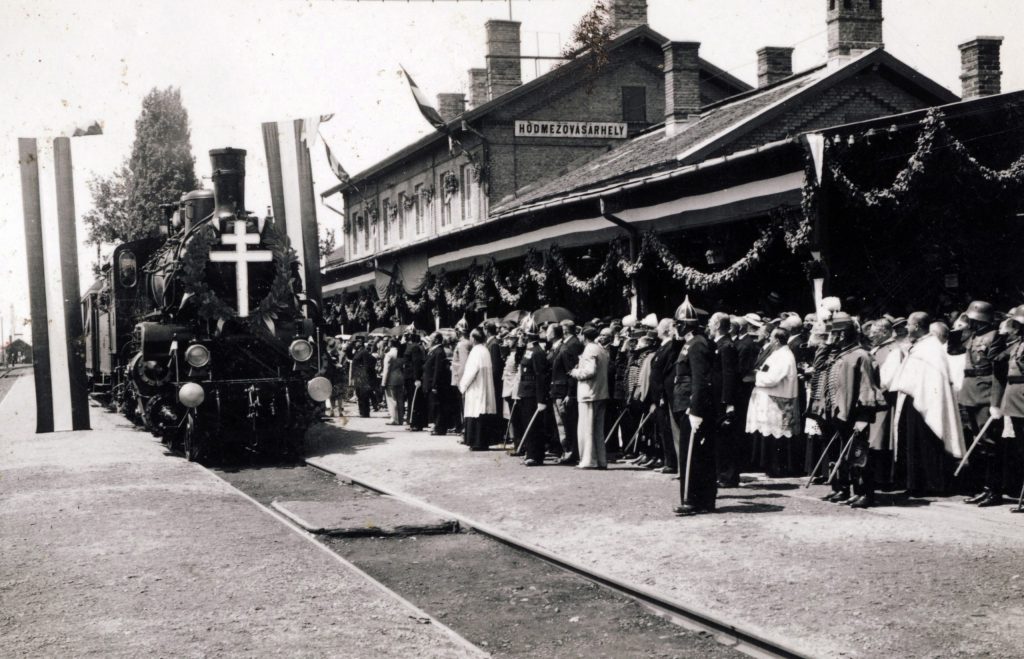 The “Golden Train” visited 22 cities in Hungary in 1938, where the relic was displayed and saluted. The railroad guards’ houses and stations were beautifully decorated. In Székesfehérvár, the relic was transported through the city on a special velvet carriage with eight white horses, and by a special car in Miskolc. In Szombathely, it was greeted with cannon shots, and in Szeged, pupils waited for the special train. 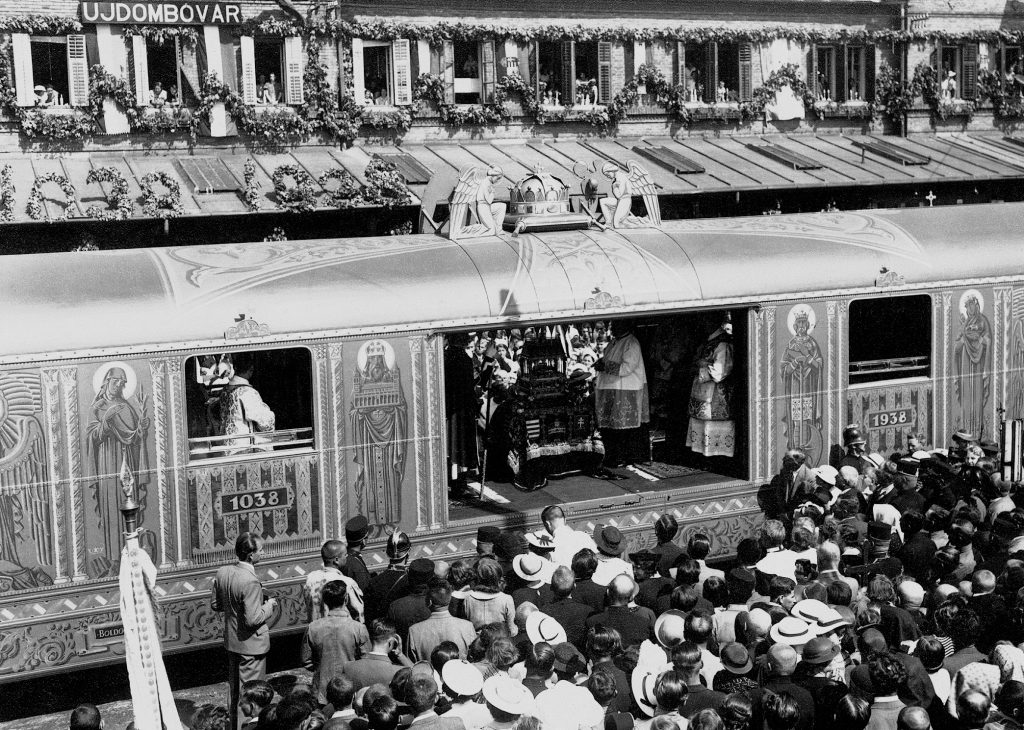 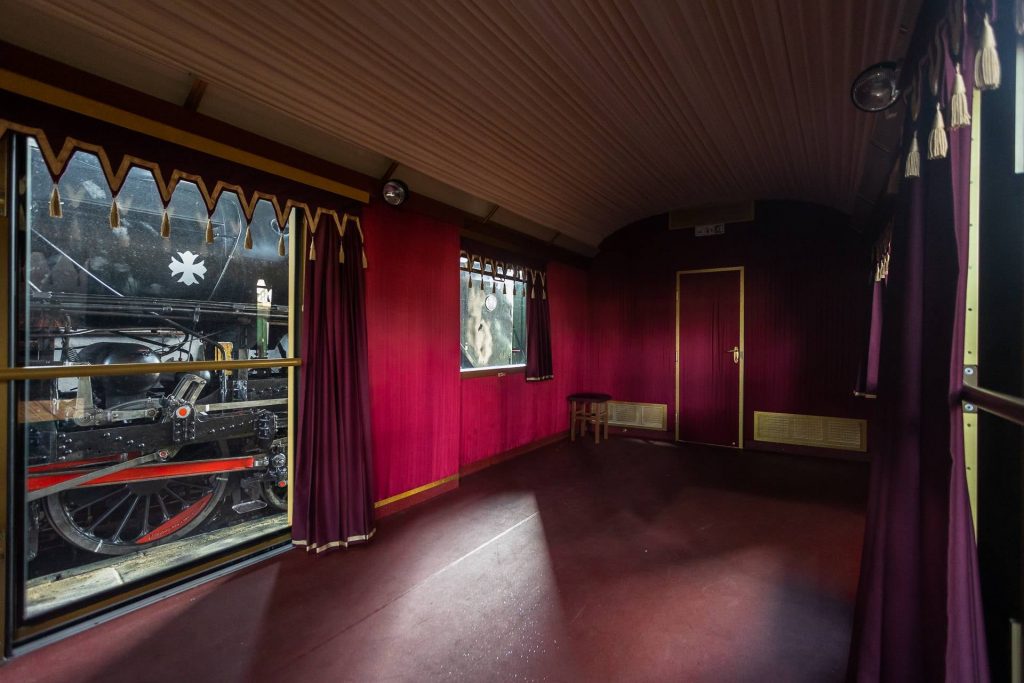 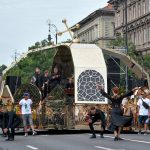