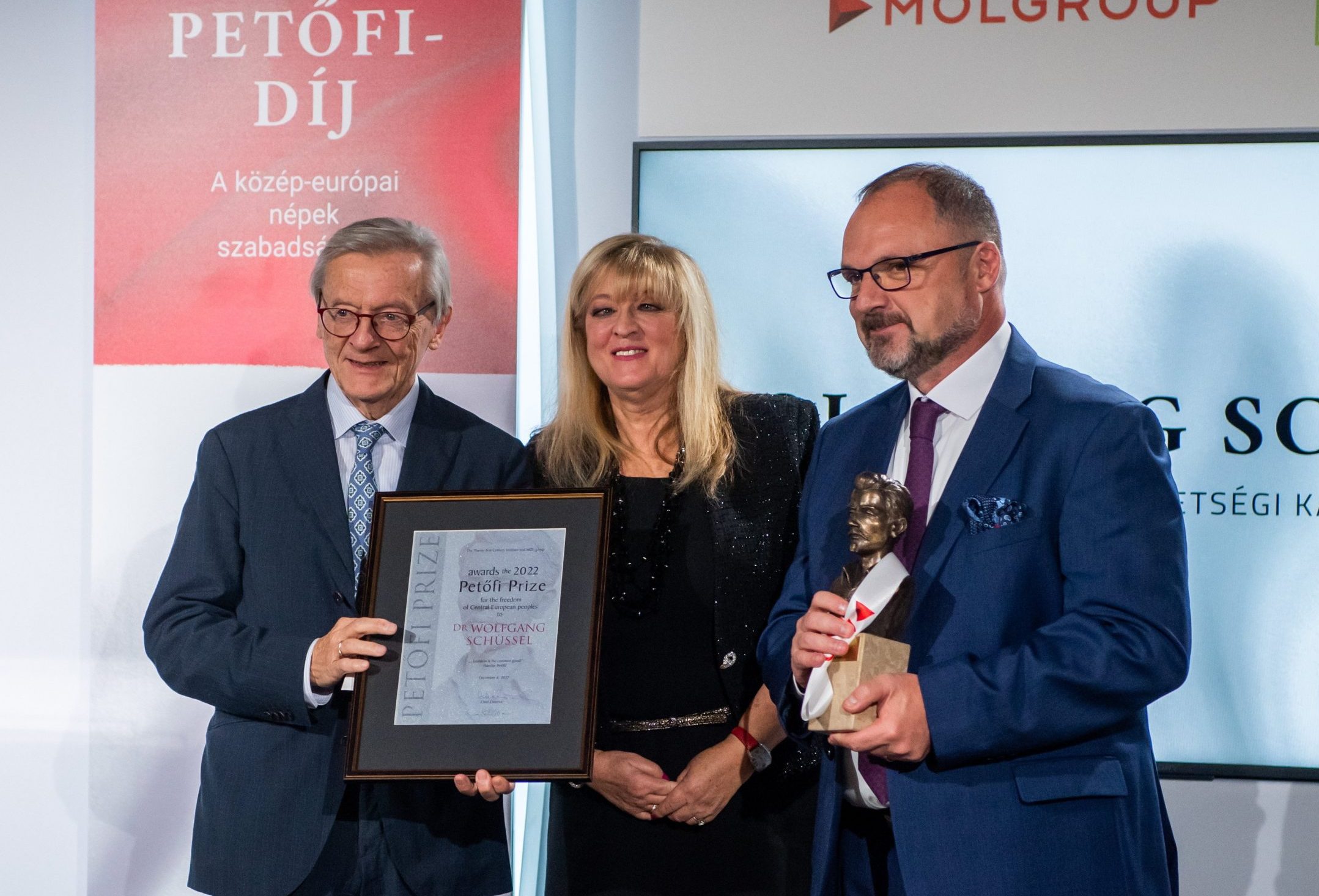 Wolfgang Schüssel with Mária Schmidt and Szabolcs I. Ferencz at the ceremony.

Wolfgang Schüssel, former Chancellor of Austria, received the Petőfi Prize of the Foundation for Research on Central and Eastern European History and Society on Thursday at a ceremony held in the House of Terror Museum in Budapest.

Gergely Gulyás, Minister of the Prime Minister’s Office, underlined in his speech that Wolfgang Schüssel is a freedom fighter at heart who stands up for freedom. 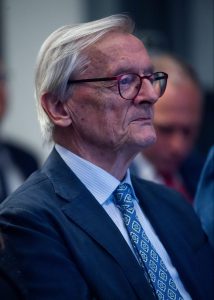 He recalled that in 1998 Wolfgang Schüssel opened the EU accession negotiations with Hungary. He was a reliable negotiating partner and supported Hungary’s accession to the EU as quickly as possible.

Wolfgang Schüssel “represented the Europe we wanted to join”, but Europe had abandoned its centuries-old values.

Brussels today is characterised by ineptitude and lack of principles, but the former chancellor was driven by his conviction, said Gergely Gulyás, who also stressed that the Austrian politician was a champion of the strengthening of the alliance of Central European countries.
Mária Schmidt, Director General of the House of Terror Museum, stressed that the Petőfi Prize has become a prestigious award, with eighteen recipients so far, people of different nationalities and professions, who have in common that they have worked for the whole of Europe. Wolfgang Schüssel is a friend of the Hungarians, he knows and recognises the Hungarians, he supports us, he is our ally, said Mária Schmidt.
Thanking her, Wolfgang Schüssel said that freedom and security were inseparable. In serious crises we can only stand up together, which is why we must work together in the European Union, even when excessive centralization is a tangible reality.
Wolfgang Schüssel was the secretary of the parliamentary group of the Austrian People’s Party (ÖVP) from 1968, and from 1975 to 1991 he was the secretary general of the Austrian Economic Association, the party’s organisation for entrepreneurs. He was a member of the Austrian National Assembly from 1979 to 1989, Minister of Economics from 1989 to 1995, and head of his party since 1995, as well as Foreign Minister and Vice-Chancellor. He was Chancellor of Austria from 2000 to 2007 and head of the ÖVP parliamentary group from 2006 to 2008.
The Petőfi Prize, established in 2009 and joined by MOL Plc, honours outstanding personalities in the region who have shown leadership, sacrifice for freedom and who have made a difference in the world.