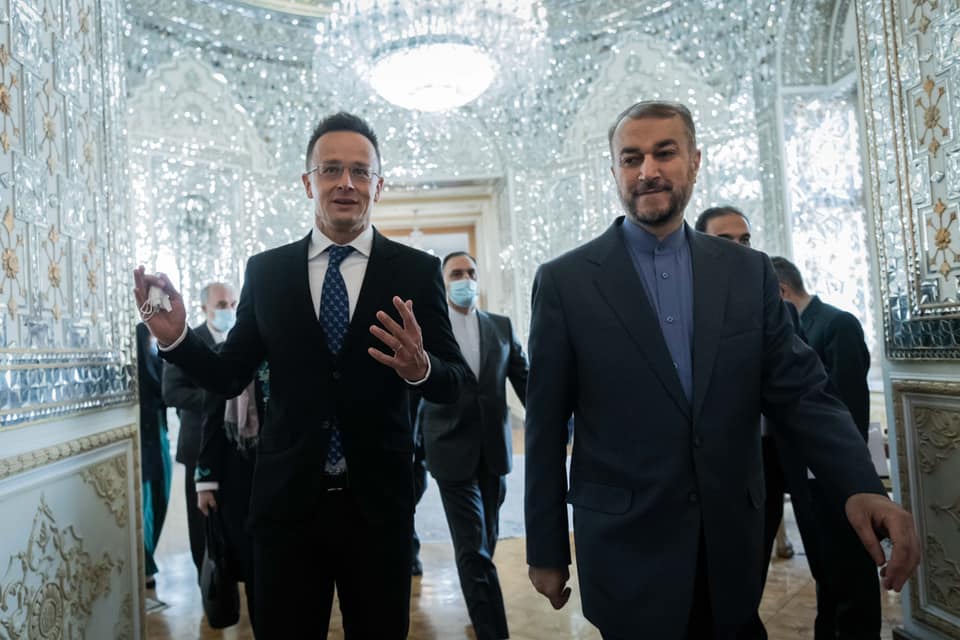 Europe’s interest in preventing mass migration waves from Afghanistan has made Iran a key ally in the region, Hungary’s foreign minister, said in Tehran on Thursday.

If mass migration waves from Afghanistan cannot be prevented, they should at least be prevented from reaching Europe, Péter Szijjártó told a press conference held with Hossein Amirabdollahian, his Iranian counterpart, adding that this made Iran’s role in the region more important, and Hungary highly appreciates Iran’s role in helping to curb the waves of Afghan refugees.

Iran took in more than 3.5 million Afghan refugees by the end of 2020, Szijjártó noted, citing estimates from the United Nations indicating that it could admit some 300,000 more.

“It is clear that if these people set off towards Europe, we will be presented with serious security and epidemiological risks,” the minister said.

Meanwhile, he said Hungary has delivered 100,000 doses of the Sinopharm Covid jab to Iran with a view to increasing the vaccination rate of the country’s Afghan refugees.

As regards the 2015 Iran nuclear deal, Szijjártó said Hungary backed any proposal aimed at reviving it.

“In our view the world is dealing with enough challenges as it is, so it is all the more important to have a chance to end certain conflicts,” he said, adding that the world would be a safer place if the West could rebuild its ties with Iran.

Until then, Hungary is prepared to seek the closest possible cooperation with Iran in the areas not affected by the sanctions, Szijjártó said.

Amirabdollahian thanked Hungary for the vaccines and welcomed the new agreement on the two countries’ mutual recognition of each other’s Covid immunity certificates. Tehran is working to reach similar agreements with other countries, too, and to ensure wider approval for the Iran-developed jab, he said.

Szijjártó: ‘Framework for boosting economic ties with Iran in place’

Despite international sanctions, the framework for developing Hungarian-Iranian economic cooperation is in place, Péter Szijjártó, Hungary’s minister of foreign affairs and trade, said on Thursday.

Although the global situation is complicated and punitive measures against Iran are still in force, there are several promising fields of cooperation, the minister told a session of the bilateral economic mixed committee.

Hungarian products and services are competitive in the global market, with Hungary producing the tenth highest export-to-GDP ratio in the world, he said.

Szijjártó was accompanied by CEOs of seven companies involved in agriculture, food industry, water management, health and energy industry, during the visit.

The minister said that all conditions for developing inter-company cooperation were in place.

Bilateral relations are free of political disputes, he said, adding that Hungary’s parliament had ratified the bilateral investment protection agreement earlier this week and the two countries concluded a customs agreement to eliminate administrative trade barriers.