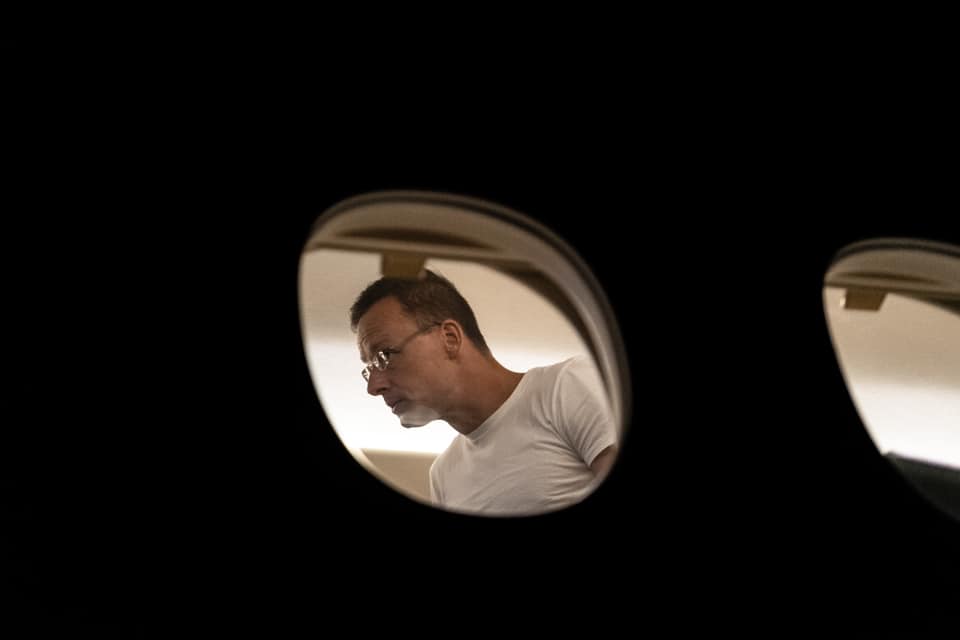 Hungarian Foreign Minister Péter Szijjártó made some 61 trips in the second half of 2018, which is more than what most of his colleagues made, according to a comparison made recently by 24.hu. Some of his travels, however, are under debate.

According to the liberal portal’s analysis, the number of the Hungarian Foreign Minister’s foreign travels is a lot higher than that of several of his colleagues. In the same period, his US counterpart at the time, Mike Pompeo, for example, only made a total of 28 visits abroad.

German Foreign Minister Heiko Maas made a total of 30 trips, in which he visited some 40 different countries, according to the news portal.

The number of Szijjártó’s working trips is extreme even in comparison to some of those EU countries whose size is similar to Hungary’s. [Former] Danish FM Anders Samuelsen only went on roughly 25 business trips during that period, while Stef Blok flew out of the Netherlands in “only” 40 cases. While Austria’s former FM Karin Kneissl made 29 trips at the time.

However, Szijjártó is often praised for his commitment to working, with even his critics recognizing his “stamina.”

24.hu notes that Szijjártó’s way of traveling also shows a difference. While the US state secretary, for example, tends to travel to further destinations, Szijjártó rather goes on trips with only one destination. As a matter of fact, all of his trips made in the second half of 2018 are consistent with this pattern, according to the ministry’s data.

Always in the air – Opposition criticism of Szijjártó

Some of the Foreign Minister’s trips are under debate too. Recently, it caused an uproar in the opposition that Szijjártó apparently prefers flying even if he is due to travel to nearby destinations. In mid-May, for example, he chose flying to Pozsony (Bratislava) too, which is well connected with motorway with the Hungarian capital and is only some 200 km away (costing taxpayers around HUF 631,000/EUR 1,730).

This adds to several of his domestic trips. In 2020, he made seven such trips by helicopter, while in two cases, he even apparently landed in Dunakeszi, the town he resides in, just outside Budapest. While opposition MP Ákos Hadházy wanted Szijjártó’s resignation for that, he regularly refutes criticism by pointing to business duties and that all of his travels are legal and booked.

Intertwining relationships of government politicians with business duties include some of Szijjártó’s travels as well. Besides his much-debated yacht trip on holiday, and flying to the Slovakian capital, he also used the plane of a company that had previously won state support worth HUF 3 billion.

Along with the Prime Minister, Szijjártó also mostly uses the Defense Ministry’s recently-bought two Airbus A319s and a luxury Dassault Falcon 7X, which the government still refuses to label as governmental planes and the prices of which are still unknown.